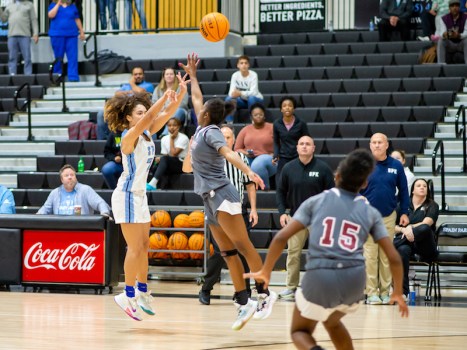 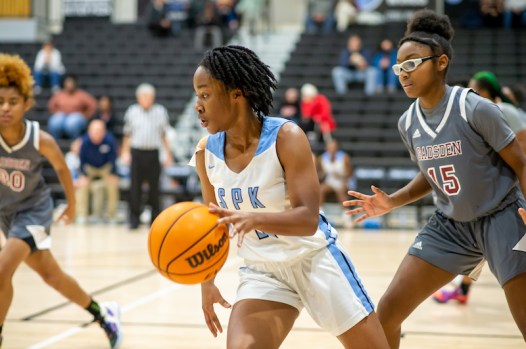 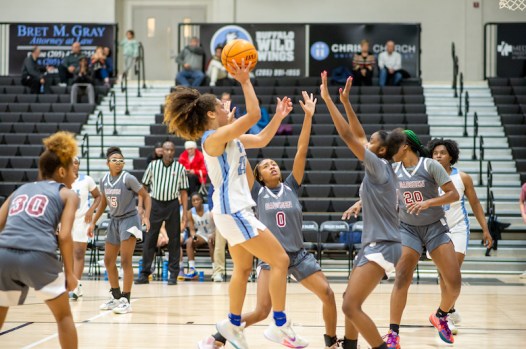 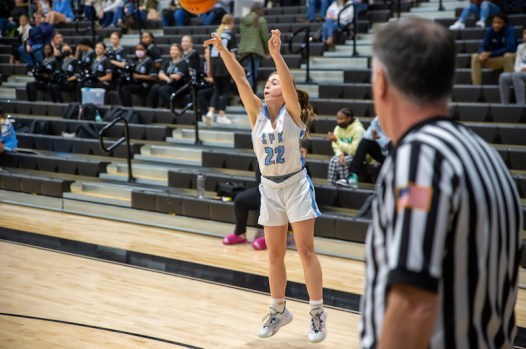 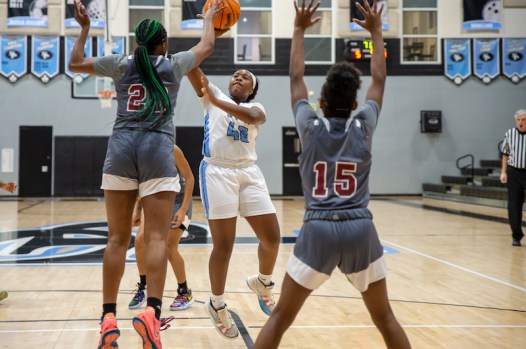 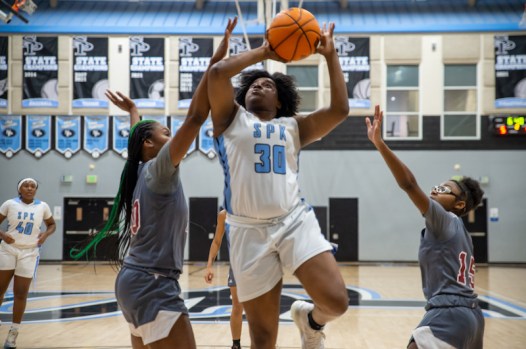 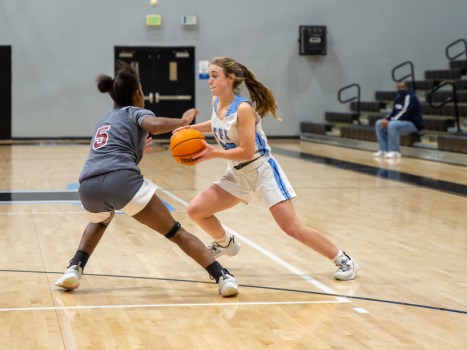 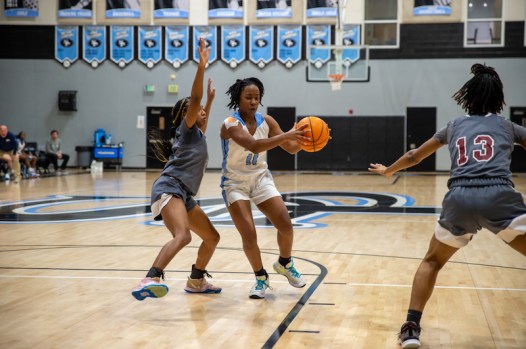 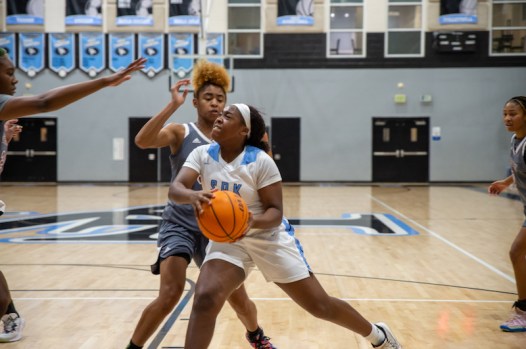 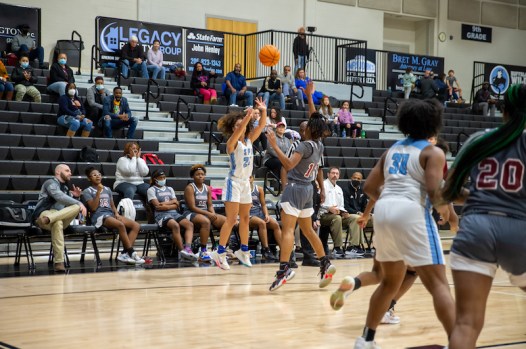 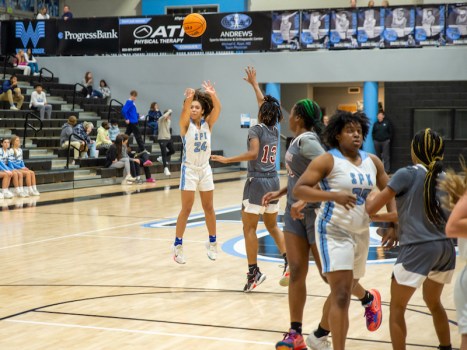 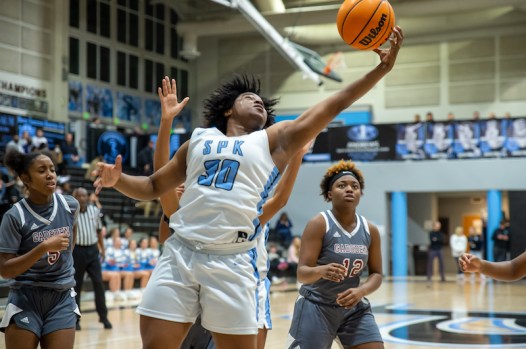 HOOVER – In a low-scoring defensive game, it was a shot at the end that sent shockwaves throughout the gym at Spain Park High School on Friday, Jan. 7.

Trailing Gadsden City 31-29 with 12 seconds to play, there seemed to be no second guessing the decision for the Spain Park Jaguars inbounding on the opposite baseline from their goal.

Once Gillispie gathered the ball at the half-court line, she pushed it hard inside the three-point line, knowing Chase was trailing.

Once she got to the edge of the paint, she swiftly turned around after drawing in two defenders and kicked it back to Chase.

Around what would be an NBA-range shot, Chase gathered the ball and let it fly with a defender putting a hand in her face. Not only was the shot perfectly on the mark, but she drained it through contact with four seconds left to hit what became the game-winning shot in a 32-31 victory to open area play.

It capped off an impressive final quarter that saw the Jags knock down three shots from beyond the arc and five total to score 13 points and overcome a five-point deficit entering the final quarter.

Chase finished with five points in the win, all of which came in the final quarter, including that game-winner.

It wasn’t just Chase who played differently in the second half, but the entire Spain Park team after the Jaguars struggled to find an offensive rhythm in the opening two quarters.

The Jags scored five in the first quarter and three in the second quarter total eight first-half points on three made field goals and a 1-9 mark from the free throw line.

Luckily for Spain Park, the defense limited Gadsden City to 17 points in the first half, which gave the Jags a chance in the second half.

In the third quarter, they not only bounced back from giving up 13 points in the second quarter to two players, but the offense got a big boost from Alex Baskin.

After totaling two points in the first half, she came back with a eight-point third quarter on four made field goals, while Kerri Barnes added a 3-pointer.

That helped Spain Park outscore Gadsden City 11-7 in the quarter to get within five points at 24-19 going to the final quarter.

Then, the Jags came out determined in the fourth quarter.

The offense continued its upward climb with 3-pointers from three different players and their second quarter in a row with five made shots.

The defense also made the Titans earn it at the free throw line, limiting them to one field goal and eight free throw attempts.

With that approach, the Jags climbed back in the game to have the opportunity at Chase’s game winner.

Baskin led Spain Park with 12 points in the win, while Barnes added 11 on three made 3-pointers.