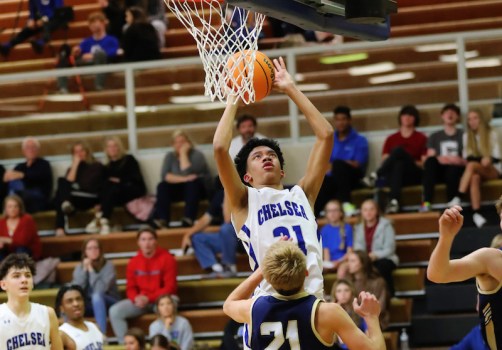 The Chelsea Hornets put together a second-half run that created separation against rival Briarwood on Jan. 7 for an area win. (For the Reporter/Cari Dean) 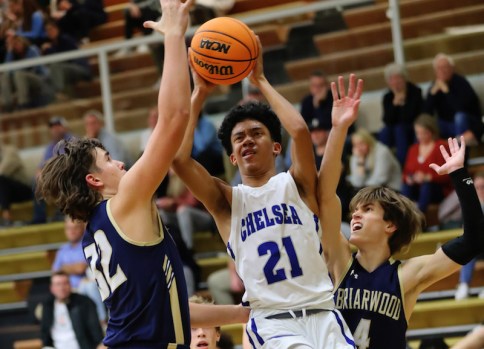 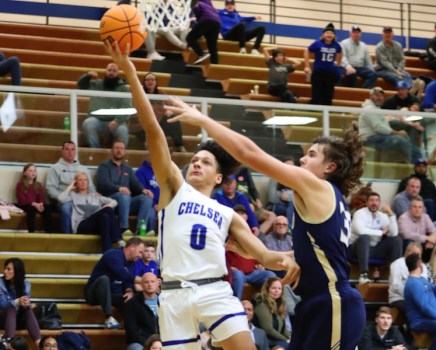 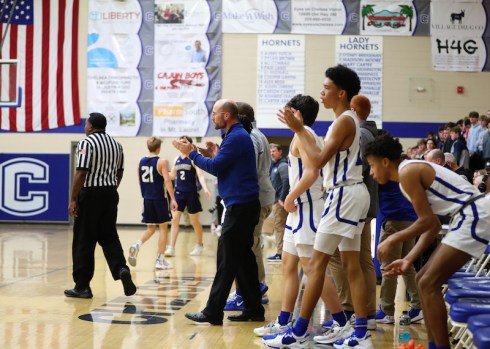 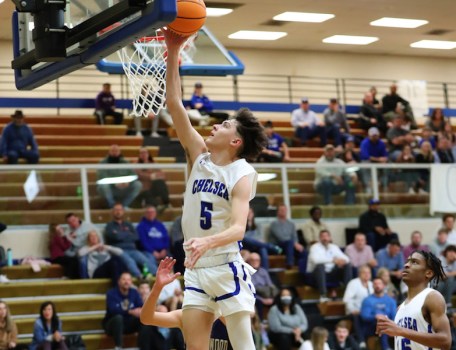 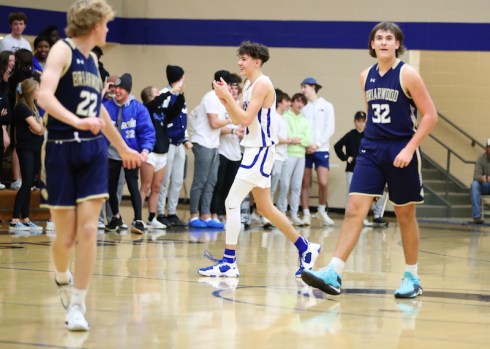 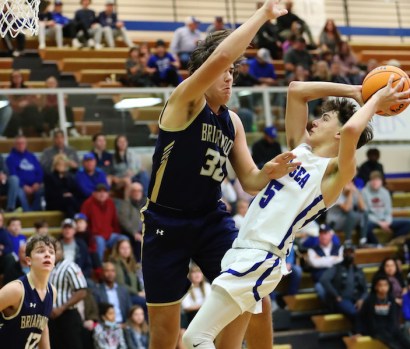 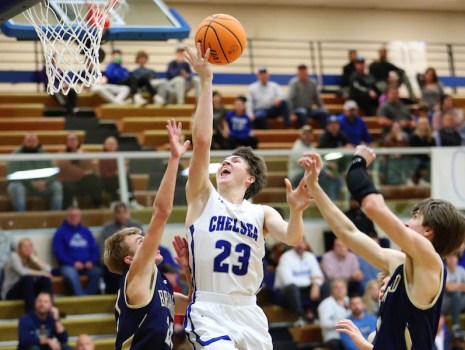 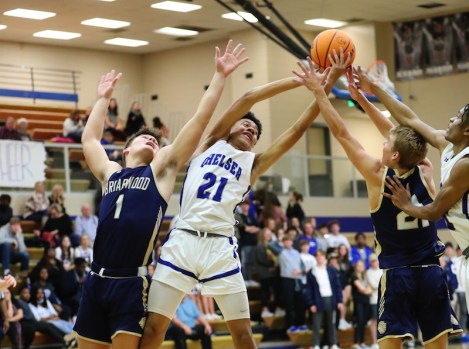 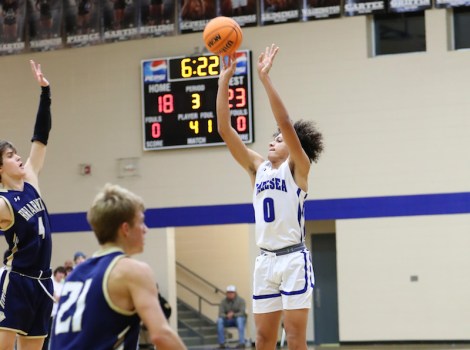 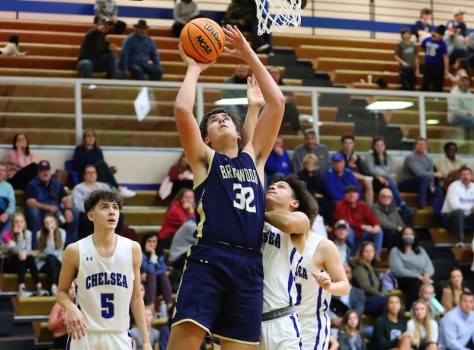 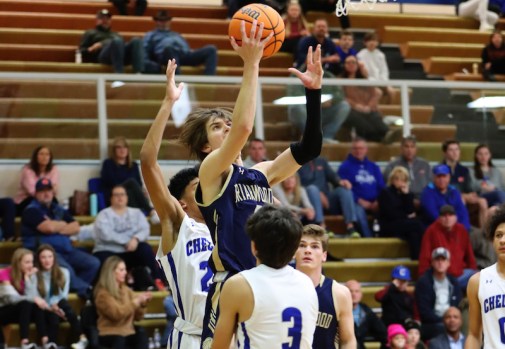 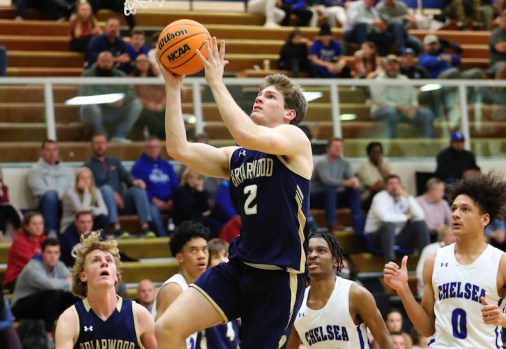 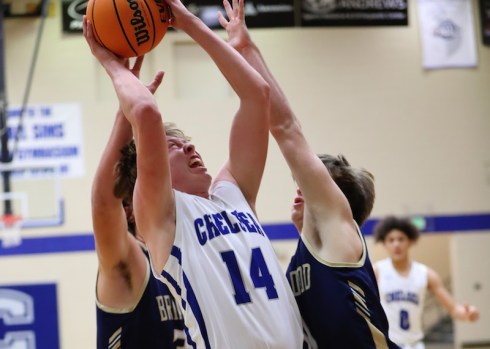 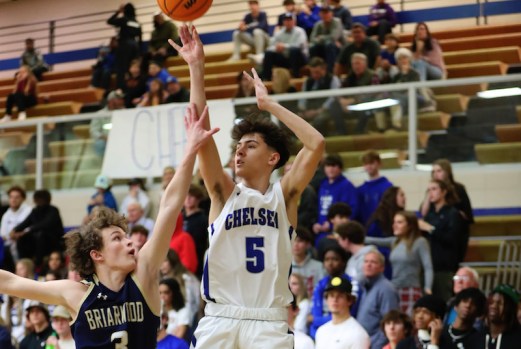 CHELSEA – Behind a late 14-0 run, the Chelsea Hornets were able to open area play with a rivalry win on Friday, Jan. 7 against the Briarwood Lions.

Part of that strong finish included Chelsea finishing 11-13 from the free throw line in the second half of the game, as Paul Lanzi and Aiden Owens combined for 22 points in the final two quarters.

In a slow start to the game, Chelsea did strike first on a 3-pointer from Lanzi, who scored the Hornets’ first five points for an early 5-2 lead.

Briarwood, however, responded in a big way.

The Lions not only went on a 7-2 run to end the quarter and take a 9-7 lead, but they carried that run all the way to 10-2 to take a 12-7 lead early in the second quarter following a Christopher Vizzina 3-pointer.

Chelsea responded shortly after with a 7-0 run of its own to snatch the lead right back at 16-14.

But Luke Schultz capped off a powerful first half in the post with the final four points of the quarter for Briarwood to give the Lions a slim 18-16 lead at the halftime break.

The second half started with a much more energetic back-and-forth battle between the two, which quickly led to a 23-23 game.

Briarwood then regained its lead at 25-23, but the Hornets responded with the biggest run of the game.

They ended the third quarter on a 9-0 run behind seven points from Lanzi and two from Owens to take a 32-25 lead to the final quarter.

That quick shift completely changed the game’s momentum, and Chelsea never looked back.

Playing with confidence, moving more and getting off quick passes to teammates, the Hornets eventually extended the run to 14-0 to take a 37-25 lead.

Briarwood hit a 3-pointer to halt the run with 4:05 left to play, but that was three of only four points in the final quarter for the Lions.

The Hornets outscored their rivals 28-11 in the second half of the game to complete the victory.

Lanzi finished with a game-high 22 in the win, while Owens finished with 10. Avery Futch added four points, all in the fourth quarter, to help cement the win.

Briarwood was led by Luke Shultz with nine points in the loss, while the Lions showed positive signs with their balance and defense early. They had six total players score in the game, including four with four or more points.