Eagles pull away for win against Tuscaloosa County 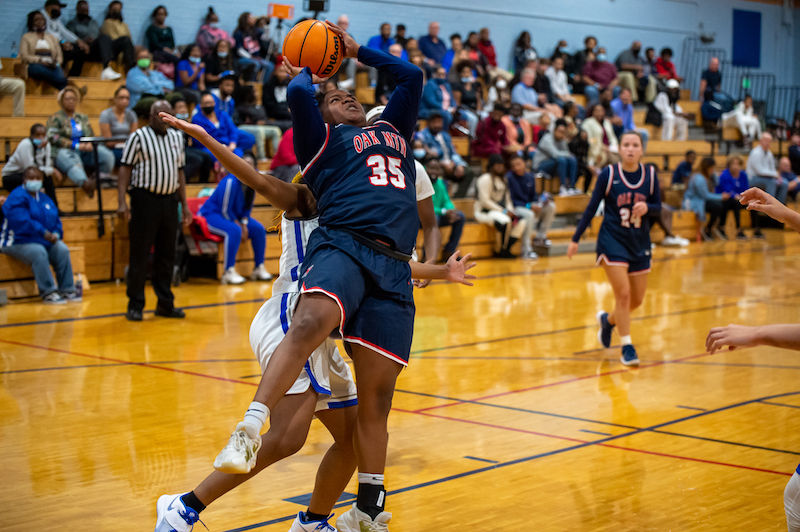 On the road, the Eagles trailed by three at the end of the opening quarter but responded in the second quarter and never trailed at the end of any period the rest of the way to pick up a 43-30 victory.

After a back-and-forth opening quarter that featured a physical start, Oak Mountain fell behind 15-12.

From there, however, the defense shifted into a new gear.

The Eagles gave up the same amount of points combined for the next three quarters with a shift on that end of the floor.

In the second quarter, Oak Mountain poured in nine points while giving up four to take a two-point lead into the halftime break.

That was just the beginning of a dominant two-quarter stretch for the Eagles on the defensive end of the floor.

Coming out in the third quarter, Oak Mountain picked up right where it left of with its best defensive quarter of the game.

The Eagles kept finding ways to make the Wildcats feel uncomfortable offensively, which led to them giving up just two points, while the offense added nine more to take a 30-21 lead into the final quarter of the game.

Tuscaloosa County did find more of a rhythm in the fourth quarter, but the Wildcats could only total nine points.

Oak Mountain came out and put together its best quarter of the game on the offensive end of the floor with 13 points to pull away for the 13-point area victory.

Charity Shaw finished as the leading scorer in the win with 13 points, while Raegan Whitaker and Lauren Schuessler each posted eight.