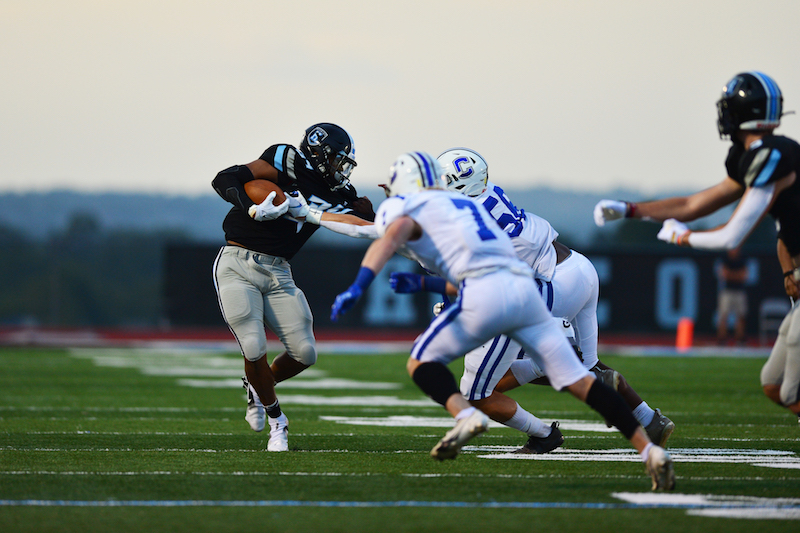 The ninth consecutive meeting between Chelsea and Helena will be part of the AHSAA Kickoff Classic in Montgomery to start the 2022 football season. (File)

The Chelsea Hornets and Helena Huskies will continue their annual rivalry game going during the 2022 football season, only this one will have a different venue.

On Sunday, Jan. 9, the AHSAA announced that this year’s game, which was originally scheduled to open the season on Friday, Aug. 19 at Chelsea High School, will now be part of the 17th annual AHSAA Kickoff Classic at Montgomery’s Cramton Bowl on Thursday, Aug. 18.

It is part of a two-night kickoff event that will open the new football season with Hoover set to take on Auburn in the Friday edition of the game.

Chelsea and Helena have met every year since Helena’s first season in 2014 with the Hornets winning the first four of the series and the Huskies winning three of the last four games.

This year, both Chelsea head coach Dustin Goodwin and Helena head coach Richie Busby will be heading into their fifth year leading their respective schools.

Goodwin has a combined record of 15-27 in his time leading the Hornets with two trips to the playoffs. After a 2-8 first season, he has helped Chelsea to 5-6, 4-6 and 4-7 seasons since against one of the toughest scheduled in the 6A classification.

Last year, Chelsea lost its first four games, but the Hornets responded by winning four in a row to earn a playoff spot for the second time in three years.

Heading into the 2022 season, Chelsea will move up to the 7A classification where the Hornets will join a difficult Region 3 featuring three-time defending state champion Thompson as well as teams like Hoover, Hewitt-Trussville, Spain Park, rival Oak Mountain and others.

The opener against the Huskies will feature a good test for the Hornets ahead of that difficult area schedule.

Helena and Busby will enter off their second region championship in three years last season, while the Huskies have finished inside the top two of the region standings three consecutive seasons.

The second coach in the school’s history, following Watt Parker, Busby has gone a combined 29-15 leading the Huskies after a five-year stint leading Fultondale to a combined record of 40-17.

Busby led the Huskies to a 4-6 record in his first season, but since then, Helena has gone 9-2, 7-5 and 9-2 in the three previous seasons. Helena has earned a playoff berth each of the last three seasons, winning against Carver Montgomery in the first round of the 2020 season.

The Huskies then came back as part of a 9-0 start last year and won 27-14, but the Hornets still lead the all-time series 5-3 heading into this year’s season opener.

The game will take place at the Crampton Bowl on Thursday, Aug. 19 starting at 7 p.m. It will also be televised by the AHSAA TV Network through WOTM, while it will also be live streamed by the NFHS Network.