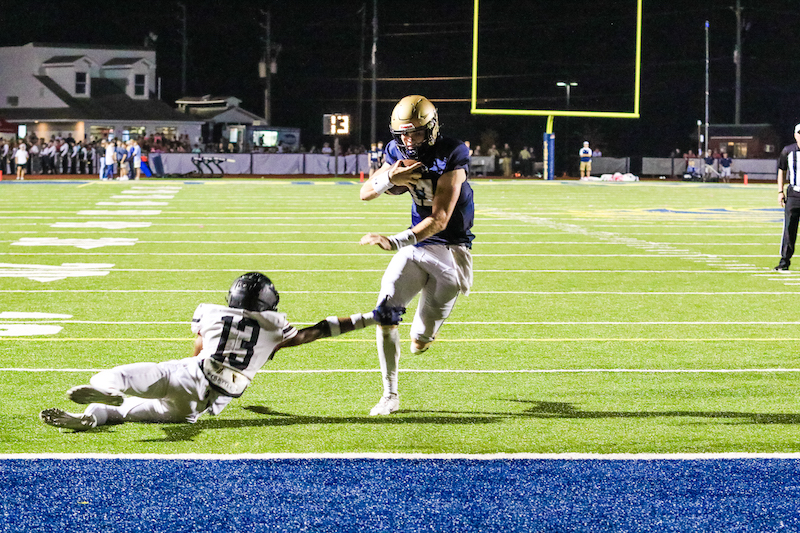 Briarwood quarterback Christopher Vizzina has been invited to be a part of the 2023 Adidas All-American Bowl as one of the top quarterbacks in the country. (File)

Competing alongside quarterbacks such as the nation’s No. 1 recruit Arch Manning, Briarwood Christian School’s Christopher Vizzina didn’t back down.

Instead, the class of 2023 quarterback for the Lions took advantage of the opportunity, challenging Manning and many others throughout the spring and summer of 2021.

Now, he is one of the most coveted quarterbacks in the country as a four-star recruit by all of the top recruiting experts.

With that not only came a lot of offers for the three-year starter, but now, he’ll get the opportunity to participate in a special game following his senior year of high school should he choose to do so.

On Monday, Jan. 10, the Briarwood QB announced that he was invited to participate in the 2023 edition of the Adidas All-American game, which takes place each year and highlights several of the country’s top players.

This year’s game just concluded over the weekend, but it didn’t take long for them to shift their sights to next year, and Vizzina was firmly on their radar.

And that only made sense.

At Briarwood, Vizzina has put together a combined record of 30-7 since his freshman season.

The Lions went 12-2 during his first season in Class 5A, before he then had to quarterback the team through a jump up to the difficult 6A classification.

Competing in one of the most difficult regions in the state, he helped lead Briarwood to finishes of second each of the last two years in the region with records of 8-3 as a sophomore and 10-2 as a junior.

The Lions made the playoffs each of those years, losing in the second round both seasons, while the 2019 team advanced to the Class 5A semifinals.

That followed a sophomore season in which he totaled 1,969 yards passing with 13 touchdowns and 154 yards rushing with one additional touchdown.