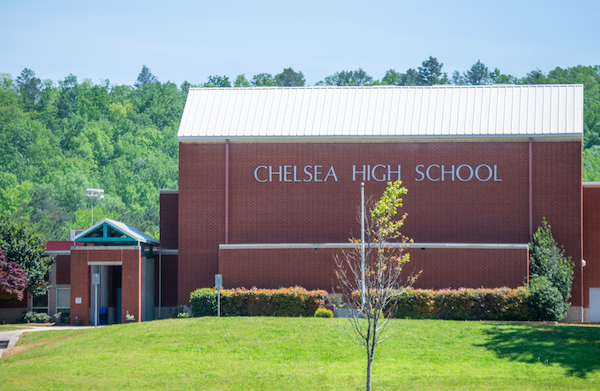 The discussion about Chelsea possibly forming its own school system and funding the construction of a new high school is ongoing, and city leaders are urging residents to continue sharing their input on the subject. (File)

If you have been paying attention to news in Shelby County in the last six months, chances are you have heard about the city of Chelsea possibly forming its own school system.

Last June, the Chelsea City Council voted to hire Criterion K12 Consulting to conduct a feasibility study to determine what the financial impact would be if Chelsea were to separate from Shelby County Schools and form an independent city school system.

Accompanying the feasibility study was a facility assessment of the existing Chelsea High School campus, along with estimated costs of upgrading existing school buildings and building a new high school.

Much-needed facility upgrades have been at the core of the school system discussion from the start. City leaders have noted the inadequate conditions at the middle and high schools on multiple occasions, emphasizing Chelsea’s move up to Class 7A in the recent reclassification as even more reason to address these needs as soon as possible.

Not surprisingly, one of the biggest questions in the ongoing discussion has been about money—how the city would fund a school system, building upgrades and the construction of a new high school.

The feasibility study outlined several funding options Chelsea could pursue if it implemented a city property tax, which ultimately would be decided by a vote of Chelsea residents.

But what city leaders say they want right now is more feedback from their constituents, and I think that’s the right approach.

The decision of whether to form a school system is a huge one, and it’s extremely important for all Chelsea residents to be involved in the discussion.

Even if you don’t have children in the schools, even if you’re not sure how you feel about it, take any opportunity you have to ask questions and give feedback in what is really a community-wide discussion.

At a meeting on Tuesday, Jan. 4, Chelsea City Council members took several minutes each to share their thoughts on the idea of an independent city school system and property tax options to fund it.

They were candid and made it clear they understand the weight of any decisions to be made in the future.

“This is important,” Councilmember Chris Grace said. “There’s probably not a more important decision that we’ve had to make as a community than this one.”

One way citizens can submit feedback is through an online survey the city launched in December.

The survey can be accessed on the city’s website, Cityofchelsea.com, and on the City of Chelsea, Alabama Facebook page.

Another way for citizens to get involved in the discussion is to attend public hearings, the first of which is scheduled for Thursday, Jan. 20 at 6 p.m. at Liberty Baptist Church.

Whichever way this goes, it will have an impact on the entire city. Now is the time to let your voices be heard.