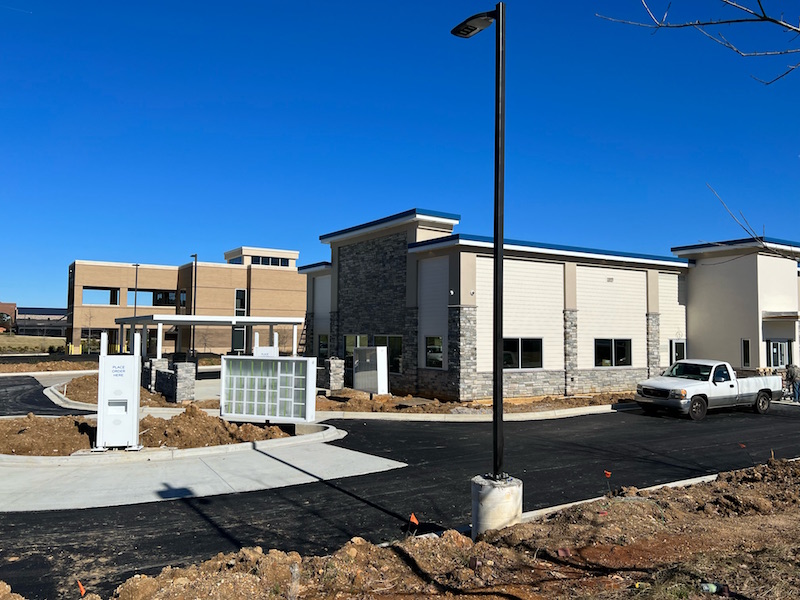 A new location of Culver’s is making progress in Tattersall Park, which will be the second location in Hoover, the first in Shelby County and the sixth in Alabama. (Reporter photo/Alec Etheredge)

HOOVER – It was announced in early 2021 that a new location of the famous fast food restaurant Culver’s was coming to Tattersall Park in Hoover.

Located off Alabama 119 and U.S. 280, one of the busiest intersections in the Birmingham-metro area, a sign sat in the parking lot for months announcing that a Culver’s was coming before construction began.

Now, however, early in 2022, the new location is making progress with the building now up and the parking lot paved.

The finishing touches and hiring of employees still has to take place, but the restaurant looks to be set to open in the early portion of the year.

An exact date for the location to open has yet to be determined, but it will mark the second location of the restaurant in the Hoover area with the other located outside of Shelby County in Stadium Trace.

That location opened in 2019 and received enough positive feedback for a second location to open in Tattersall.

The new location will be the second in the Birmingham-metro area as well, with the Hoover location currently one of six in the state.

The other five locations are in Central-Phenix City, Foley, Madison, Auburn and Florence, while new locations in addition to the one coming to Tattersall are expected for Mobile and Decatur.

The fast-food chain, which started in Wisconsin, is known for its Butterburgers, fried cheese curds and frozen custard.

Follow Shelbycountyreporter.com for an updated story on the opening date of the new Culver’s when it is announced.