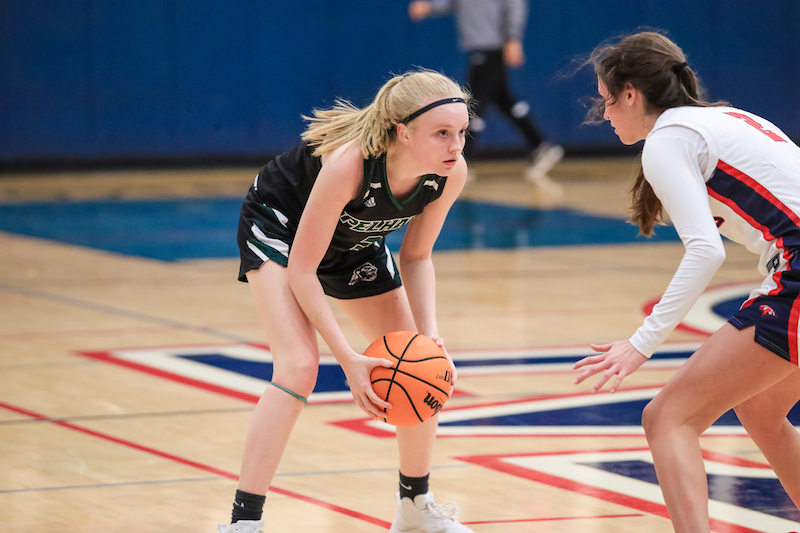 CLANTON – In a rhythm from the opening tip, Laci Gogan never let up for the Pelham Panthers on Tuesday, Jan. 11 in their area opener against Chilton County.

Taking on Chilton County on the road, Gogan found her stroke early in the matchup, and the game plan built around that the rest of the night.

After pouring in six total field goals, including one 3-pointer, in the opening quarter for 13 points, she went on to score at least nine points in every quarter of the game to total 46 in a 77-47 victory.

Still just a junior, the performance not only gave her the most points scored in a single game by a Pelham girls basketball player, but the most career points with more than 1,200.

In addition to the scoring, she totaled five assists and five steals to help Pelham open area play with a win.

The Panthers also got eight points each from Savannah Scarbrough and Myriah Tate in the win.

In the opening quarter of the game, Gogan’s 13 points paved the way for an 18-point quarter for Pelham, as Tate chipped in four of her eight to help the Panthers grab a double-digit lead out of the gate at 18-7.

Chilton County responded offensively in the second quarter with 16 points, but Gogan added another double-digit period with 10 points thanks to four more made shots, including two more from beyond the arc.

In addition to that, five other players had at least two points in the quarter to help Pelham total 21 in the period and 39 in the first half for a 16-point lead.

Gogan finished the opening half with 23 points on 10 made shots and three made 3-pointers.

Coming out of the break, she had her lowest-scoring quarter of the game with nine points, but all nine came on made 3-pointers to help the Panthers post 20 more in the frame.

With that, and the defense continuing to play well, Pelham extended the lead by seven more, taking a 59-36 lead into the final quarter.

Gogan then bookended her historic night with another 13-point quarter in the final frame, including two more from beyond the arc, two more made jumpers and a 3-4 mark from the free throw line.

The Panthers outscored the Tigers 18-11 in the fourth quarter to complete the impressive area-opening win.