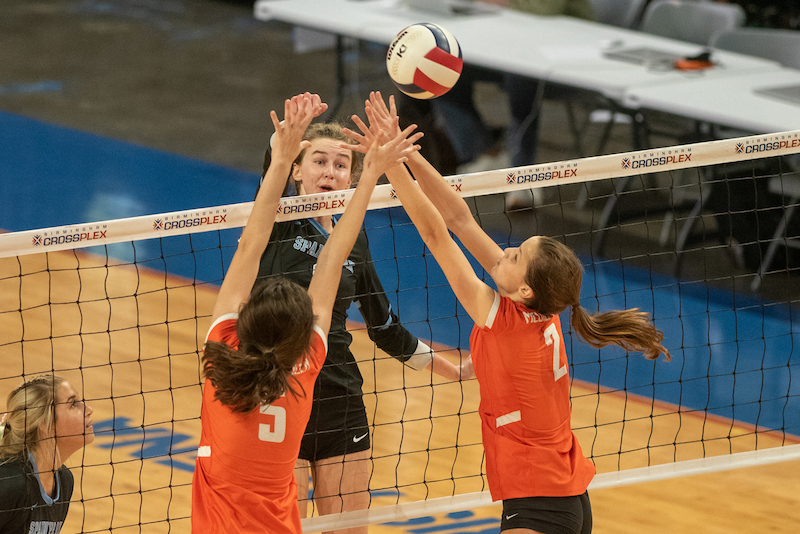 Spain Park’s Audrey Rothman was named this year’s Alabama Gatorade Player of the Year winner for the sport of volleyball. (Reporter photo/Keith McCoy)

HOOVER – For the first time in school history, a volleyball player from Spain Park High School has been selected for one of the biggest awards given each year.

Following a remarkable senior season, and a stellar four-year career, Audrey Rothman was named the Alabama Gatorade Player of the Year winner for the sport of volleyball, becoming the first in program history to reach that mark.

The honor followed another program first this season for the Jaguars, as Rothman and her teammates won the school’s first state championship in school history one year after losing in their first state title appearance.

But one of her greatest accomplishments was leading Spain Park to the title before she graduated.

From the second that matchup ended, the Jags felt heartbreak, but Rothman admitted she quickly turned to her coach and said they were going to come back and win it in 2021.

Sure enough, they not only won it, but they took down Hoover just to earn a spot at the state tournament and went on to finish off a 47-4 season after beating Enterprise, Sparkman and McGill-Toolen en route to the title.

Spain Park dropped just 19 sets all season and only one in the postseason to pick up the championship win.

Rothman was a big reason for that success, and in the state championship, she finished with 24 kills and 12 digs, eventually hammering the final kill to the floor in her final match.

The Gatorade Player of the Year award, which recognizes not only outstanding athletic excellence, but also high standards of academic achievement and exemplary character demonstrated on and off the court, distinguishes Rothman as Alabama’s best high school volleyball player.

It also makes her a finalist for the Gatorade National Volleyball Player of the Year award, which will be announced this month.

In addition to her play on the floor, Rothman weighted a 4.28 GPA at one of the state’s highest-ranked academic high schools.

She is now headed to Florida State University where she will be a part of the Seminoles’ volleyball team.