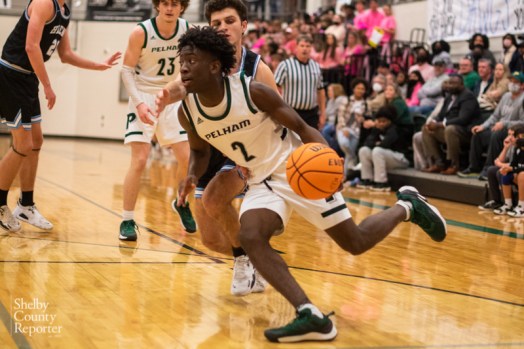 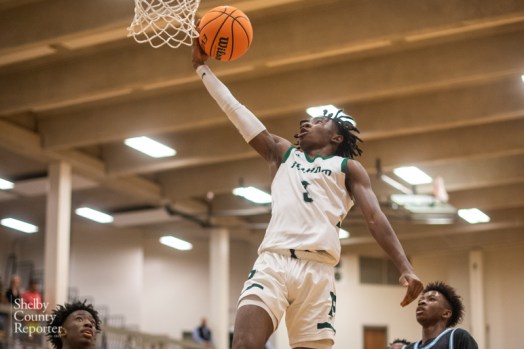 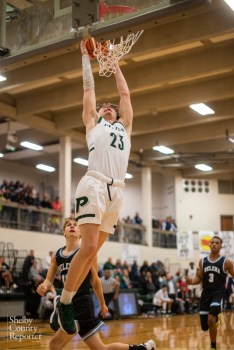 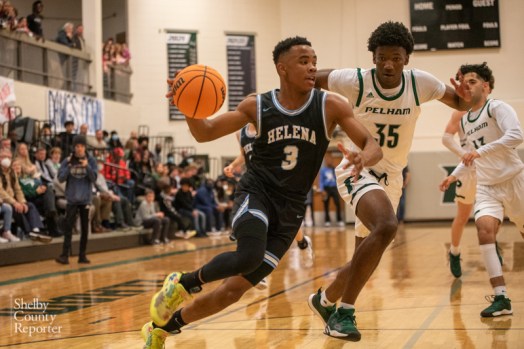 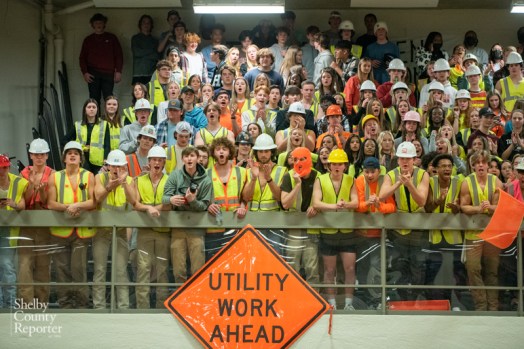 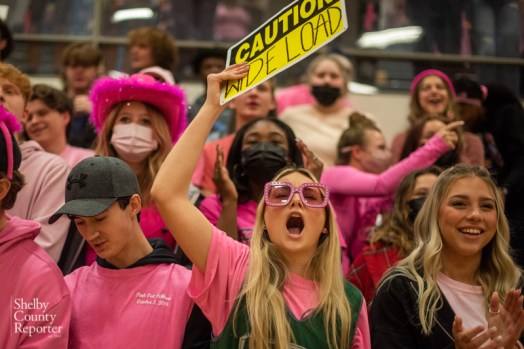 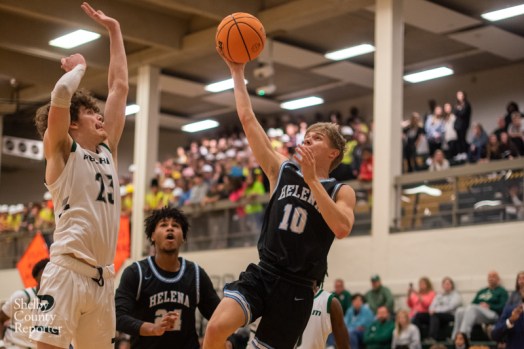 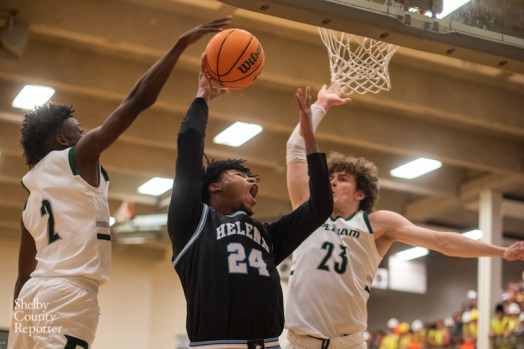 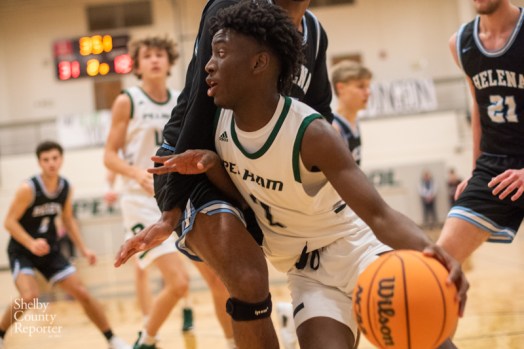 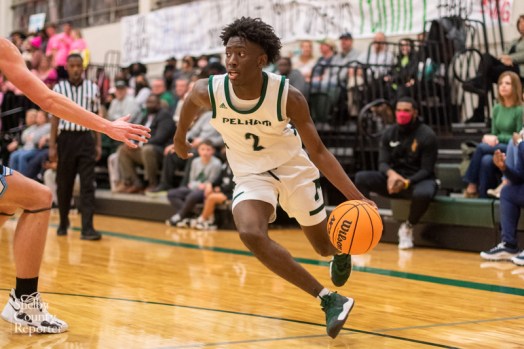 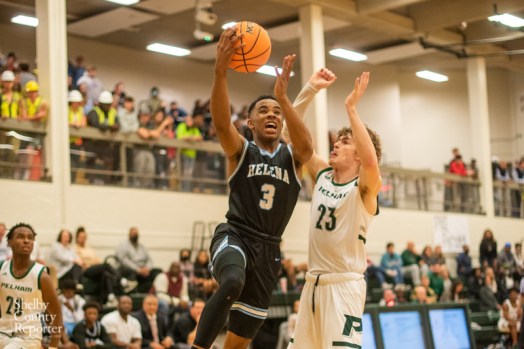 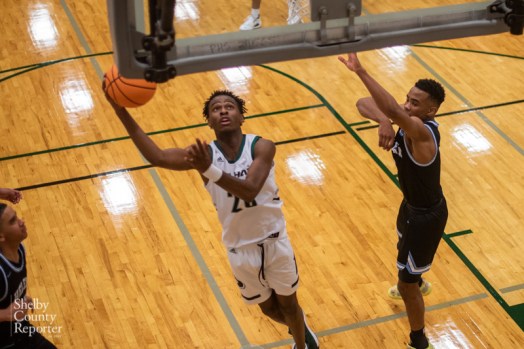 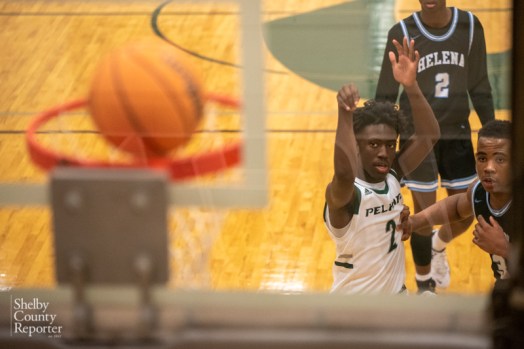 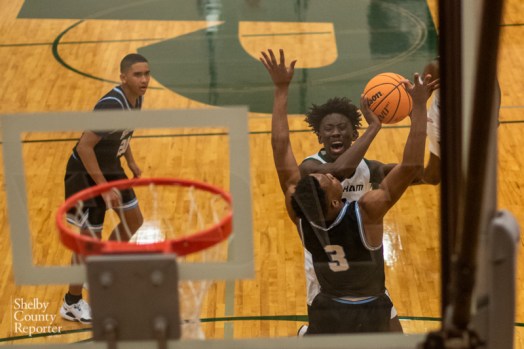 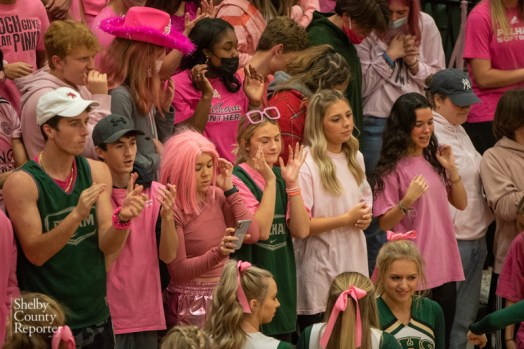 PELHAM – A three-game losing streak for the Pelham Panthers coming into their second area matchup on Friday, Jan. 14, was magnified with rival Helena on the other side.

But following losses to Mountain Brook, Spain Park and Chilton County, the Panthers were fueled to find a win again after starting the season 17-2.

Behind 10 scorers, including five with eight or more, and a dominant start to the game, they got just that in a 72-43 victory in front of a packed gym featuring loud student sections from both schools.

That raucous environment led to an exciting start to the game with Helena entering the game off an 89-85 overtime win against Calera.

The Panthers jumped out with seven straight points, but the Huskies answered with eight points of their own.

Then, leading 11-10, MJ Jones found a cutting Jordan Holloway for a dunk that sparked an 11-0 run for Pelham. Jones added the final five points in the run as well as his team took a 22-10 lead.

Helena (10-10, 1-1) struggled mightily from the field in the first half hitting just three baskets in the first 16 minutes. They were forced to make their free throws to score, and while they hit 13 of 16 from the line, Pelham was knocking down shots.

Jones took over down the stretch of the second quarter, scoring 11 points in a furious finish and hitting three triples along the way to put the Panthers up 47-20 at halftime.

The Huskies found the touch in the third quarter hustling for offensive boards and scoring in the paint with Josh Williams pouring in four field goals to play a part in 14 points.

Pelham just mustered 11 points in the period, but it was enough to keep the large lead going to the final quarter.

Pelham added enough offense toward the end to stave off any danger from the Huskies, making seven of eight free throws in the fourth quarter to grab the 29-point win.

Helena will face off against their next area opponent Chilton County at home Tuesday, Jan. 18 at 7 p.m. Pelham will continue area play as well with a game against Calera on Jan. 18 at 7:30 p.m.