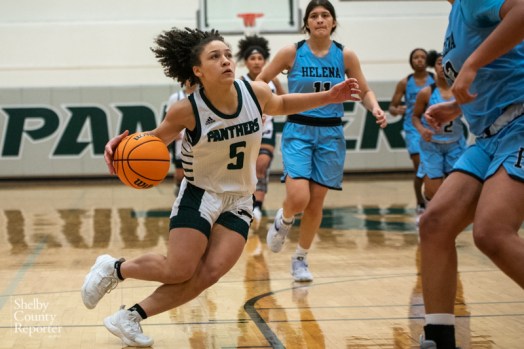 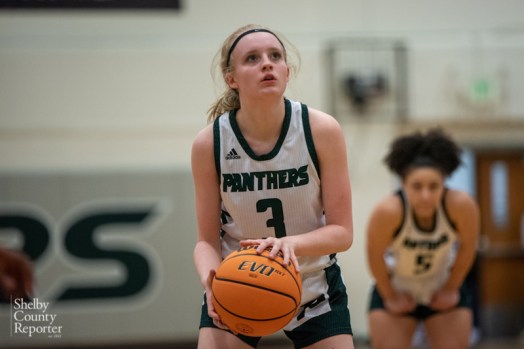 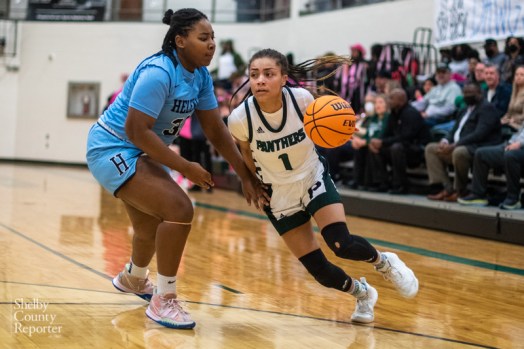 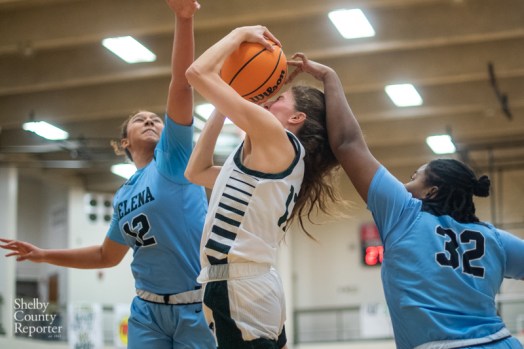 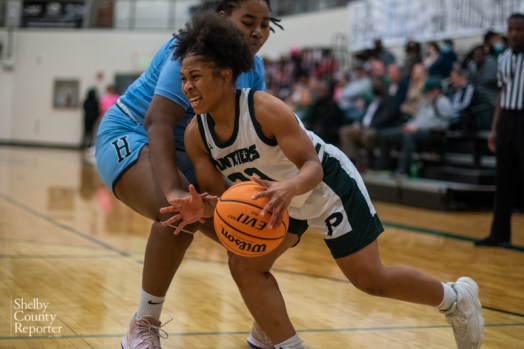 PELHAM – The No. 7 Pelham Panthers are off and running in area play, pulling down a second consecutive 30-plus point victory on Friday, Jan. 14 against rival Helena.

Following a 77-47 win against Chilton County to open area play and a record-setting night from junior guard Laci Gogan with 46 points, the Panthers picked up right where they left off, beating the Huskies 60-21 to improve to 2-0 in Class 6A, Area 6.

The game started slow as the two county rivals trudged to a 4-4 tie early.

Pelham head coach Crosby Morrison knew the team needed a change and inserted sophomore Karma Wynn into the lineup who made an instant impact.

“Karma is our spark plug, she comes off the bench for a reason: to change the pace of the game,” Morrison said. “She’s probably the best all-around athlete I’ve ever coached and she’s a good player for us.”

Wynn was extremely aggressive on defense and made several steals to key a14-0 run as the Panthers turned the steals into buckets.

Pelham forced 12 turnovers in the first quarter alone, while Gogan and Jaslyn Heflin each pitched in six points to take an 18-4 lead into the second quarter.

Helena, now 1-1 in the area, had its best quarter next as Olivia Johnigan scored six straight, but the Huskies still couldn’t stop the Panthers on defense.

The guard poured in 10 points during the period as the Panthers outscored their rivals 20-1 and blew the game wide open.

Pelham cruised the rest of the way and didn’t allow a field goal until 15 seconds left in the contest when Johnigan hit a 3-pointer.

Helena will look to bounce back against area opponent Chilton County at home Tuesday, January 18 at 5:30 p.m. Pelham will continue their area slate as well with a game against Calera on Jan 18 at 6 p.m.