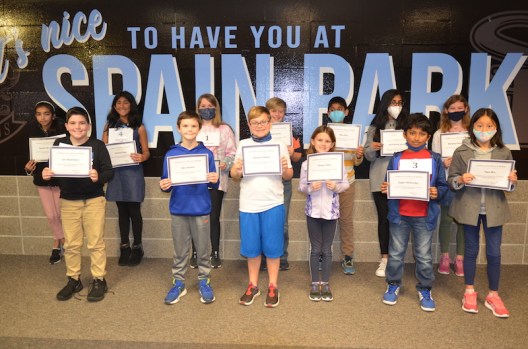 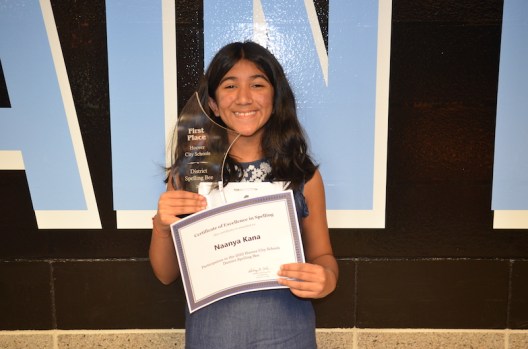 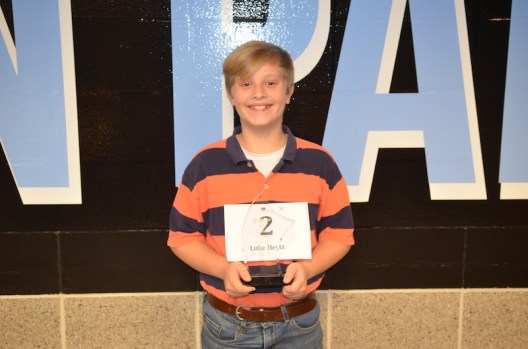 Luke Hertz, a fifth-grade student at Bluff Park Elementary School, won second place and advanced to the 14th round of the competition. (Contributed)

Bluff Park Elementary School fifth-grader Luke Hertz won second place and made it to the 14th round in the competition.

Kana said she felt great after winning the Bee against “really tough competition.”

“All the spellers were well prepared and did an outstanding job,” she said. “The fact that all of us won from our schools means that this was going to be a tough competition. To be honest, I felt like the Bee would go on forever.”

The spelling bee lasted for 15 rounds, and 13 students participated.

Ten HCS elementary schools were represented, along with the three middle schools.

Kana’s victory was even sweeter considering she made it to the District Spelling Bee last year, but was eliminated.

“I was glad I won because last year I could have won, but I missed a spelling as the word had a different pronunciation than I remembered,” she said. “I was glad to know that my hard work paid off. I was also overjoyed to see my parents were happy as well.”

Kana said the hardest word for her to spell this year was “sedge,” which is defined as “a grasslike plant with triangular stems and inconspicuous flowers, growing typically in wet ground.”

“I was really confused on how to spell it because I mixed it up with some of the other words,” she said. “In the end, I took my best guess and was satisfied when I got it right.”

Kana will represent HCS in the Jefferson County Spelling Bee on Monday, Feb. 7.