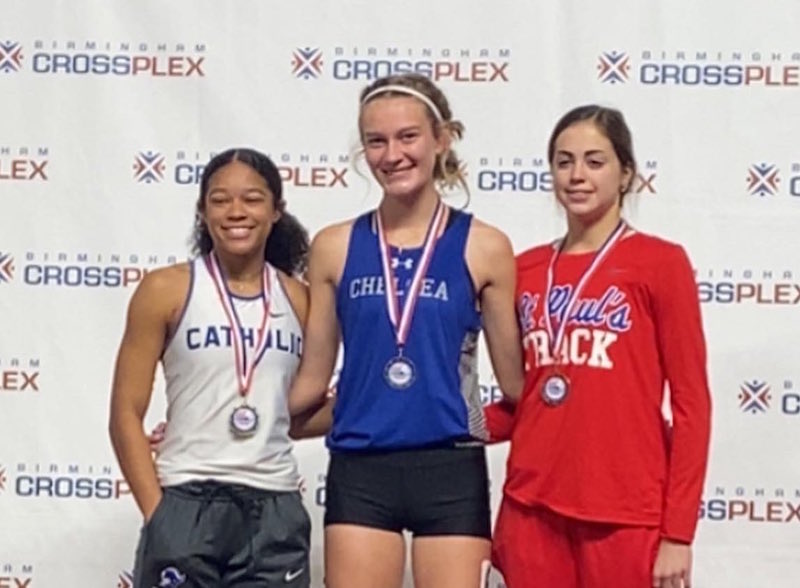 BIRMINGHAM – In one of the most popular events each season, seven track and field teams from Shelby County took part in the annual Martin Luther King Indoor Track Classic on Monday, Jan. 17.

Between seven different teams, there were 16 combined podium finishers and six different winners.

The Thompson Warriors had another strong event and were one of the biggest highlights with five podium finishers, including one winner.

That lone win came from Akasha Dudley in the shot put, as she continued a dominant season in the event. She totaled 35 feet, 1.5 inches to win, and she has now won in all four meets she has competed in during the indoor season.

She highlighted the event for the Warriors, while four boys also finished on the podium.

They were highlighted by Eli Sutton in the triple jump thanks to a finish of second behind a distance of 44 feet, 8.75 inches.

Behind that, Jackson Hamlin, Bradley Franklin and Gavin Horton all finished third in their respective events.

The Oak Mountain Eagles got one podium finish during the meet thanks to Ethan Hammett. He finished third in the high jump after clearing 6 feet, 4 inches.

Hammett finished just ahead of teammate Mitch Allen, who finished fourth in the same event after clearing 6 feet, 2 inches.

Jack Stanfield added the only other top-five finish, totaling 44 feet, 8.25 inches to finish fifth in the shot put.

Chelsea, who competed in the MLK #1 event rather than the #2 event, had one of the strongest showings at the meet.

Cady McPhail and Miles Brush were both highlights for Chelsea with McPhail grabbing two wins and Brush one.

The girls also got a finish of second from Alana McCulla in the pole vault event after she cleared a height of 9 feet, 6 inches.

For the boys, Matt Gray joined Brush as a podium finisher. Gray finished third in the 60-meter dash thanks to a time of 7.14 seconds.

The Calera Eagles were highlighted by two of the state’s best as Jordon Bray and Braylyn Farrington claimed podium finishes.

The Briarwood Lions also competed in the event, and while they didn’t have any podium finishers, the Lions had two finish in the top five.

Indian Springs was highlighted by one top-10 finisher, as Elise Picard finished seventh in the 3,200-meer run thanks to a time of 11:52.66.

For the Westminster at Oak Mountain Knights, the girls 4X800-meter relay team competed and finished second behind a time of 11:06.21.