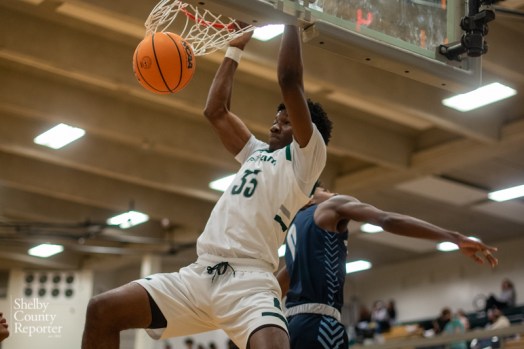 The Pelham Panthers got points from 11 different players to pick up a 79-46 area victory against Calera on Jan. 18. (Reporter photo/Keith McCoy) 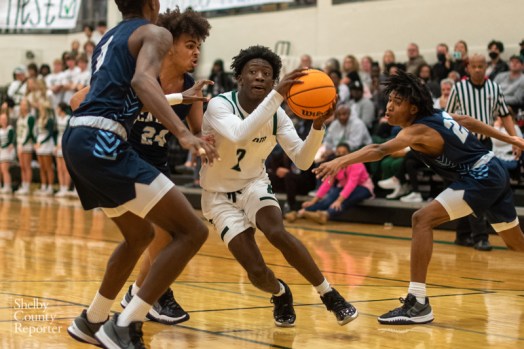 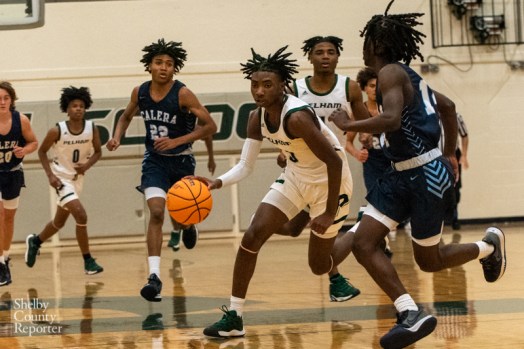 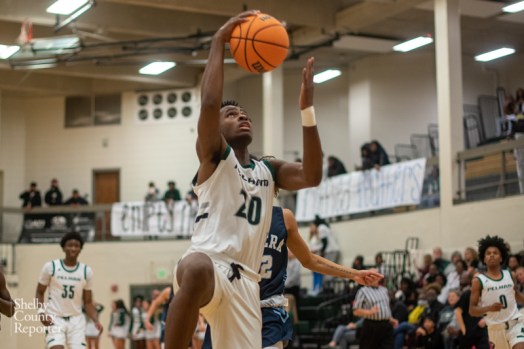 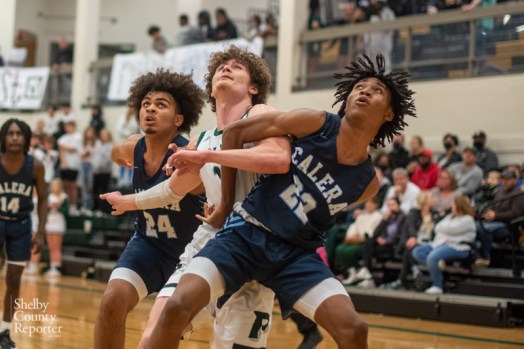 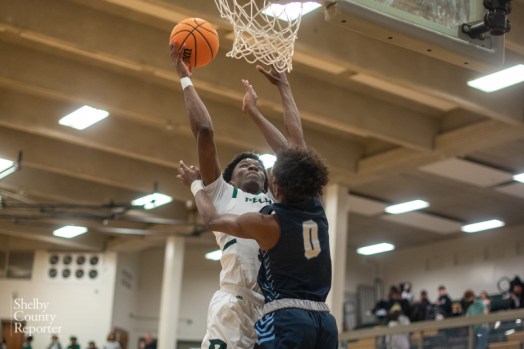 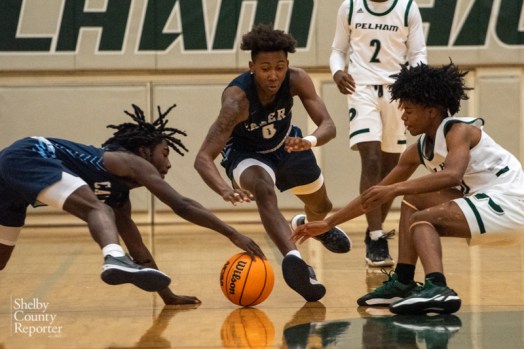 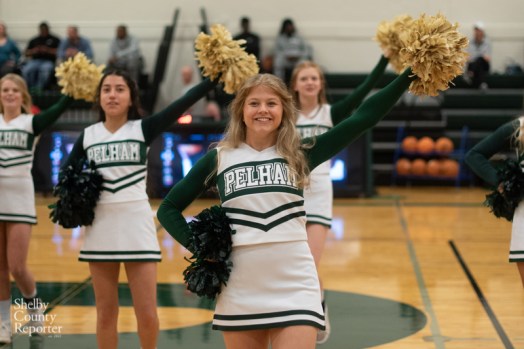 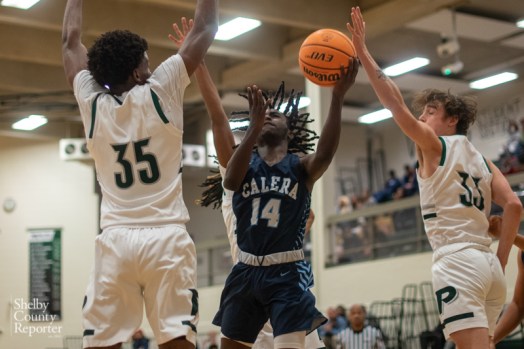 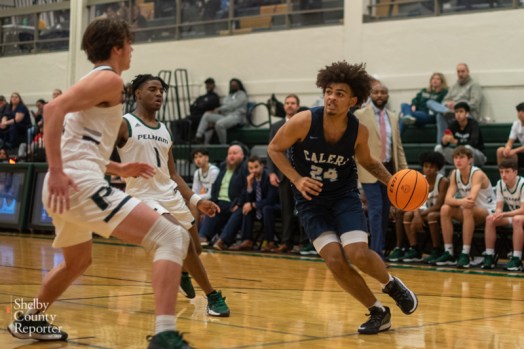 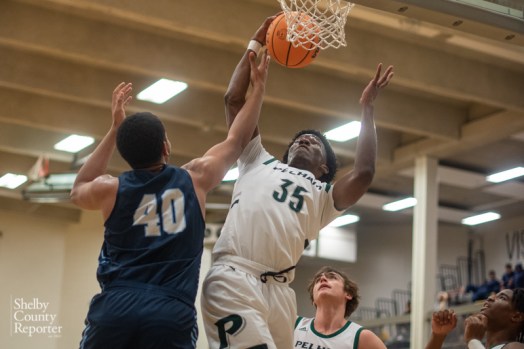 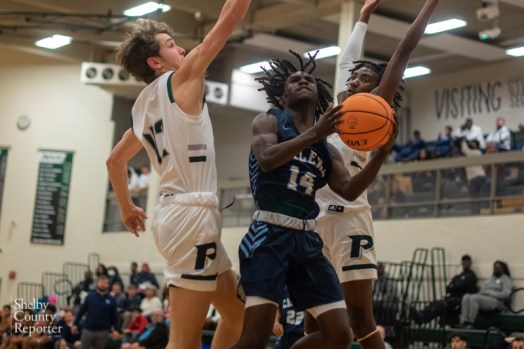 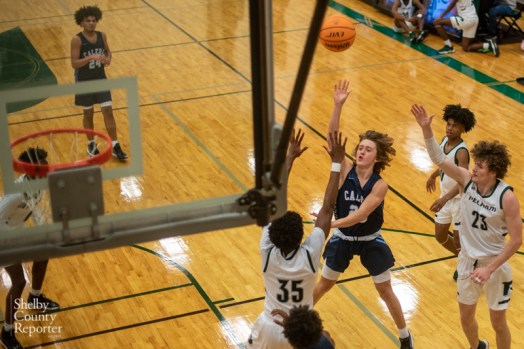 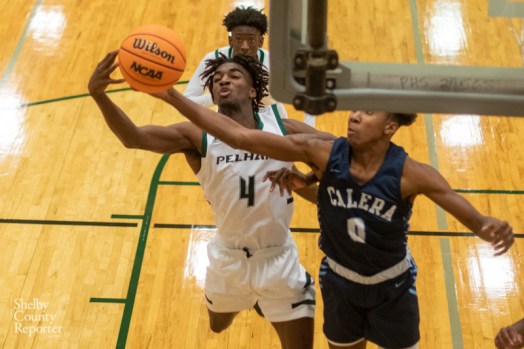 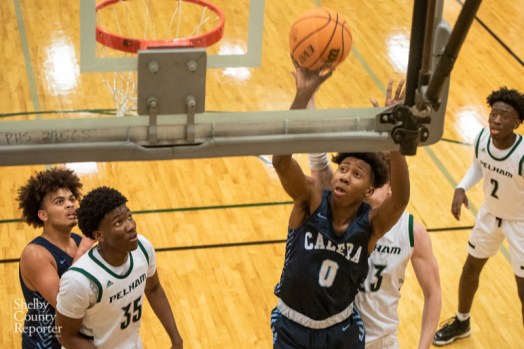 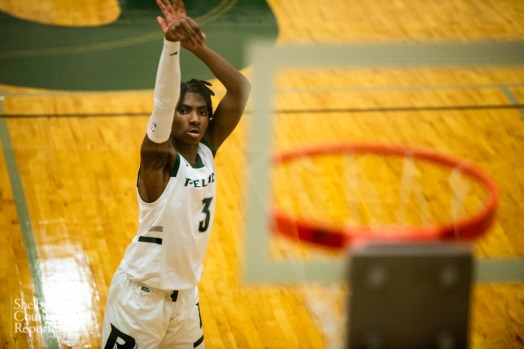 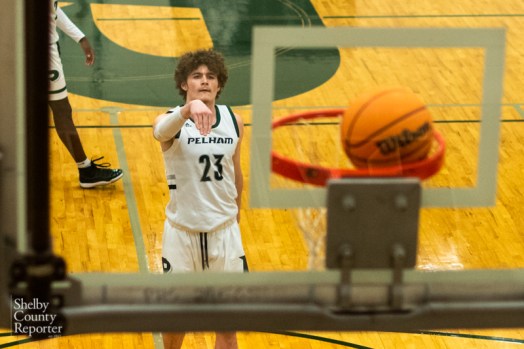 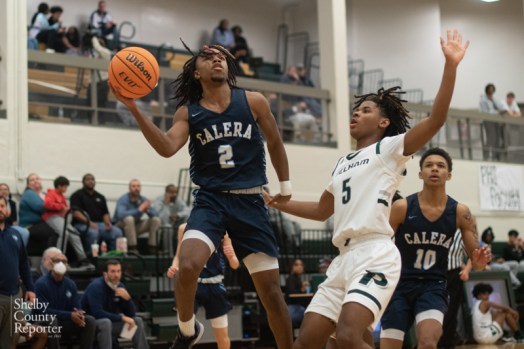 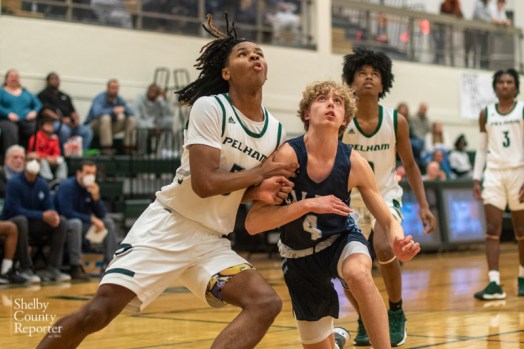 PELHAM – Some nights, it just clicks, and that’s what happened for the Pelham Panthers on Tuesday, Jan. 18 in an area battle with county rival Calera.

The Panthers were hitting on all cylinders, scoring 17 or more in all four quarters of the game, and using defense to help do it in a 79-46 victory against the Eagles.

Pelham used several different runs to create separation early in the game, and then pulled away for good in the third quarter thanks in large part to 11 different players scoring in the game.

Pelham got off to a fast start in the opening quarter with four different players helping pave the way to a 10-0 run out of the gate.

Michael MJ Jones started with a steal that ended with a layup from Kamari Hollis. That was followed by back-to-back 3-pointers from Roy Gonzalez and Jordan Holloway to jolt out to the 10-0 advantage in the first 2:10 of the game.

Izaiha Holmes snapped the run with Calera’s first basket of the game 2:20 into the game, but Pelham continued to play well.

A big reason was Holloway, who finished the opening quarter with nine points, including a late dunk off another assist from Jones.

Calera, however, was able to gain a little traction late in the quarter as the Eagles put together a quick scoring spurt off a 3-pointer from Brandon Caldwell and a floater from Joe Wimberly to make it 22-15 going to the second quarter.

The Panthers, however, responded and started the second quarter in similar fashion to the first.

Four points from Jones plus an and-1 from Chase Blackburn helped the Panthers extend their lead to 14 points at 29-15.

That was part of an 11-4 run to start the quarter for Pelham, as the Panthers eventually grabbed a 33-19 lead.

Following back-to-back threes from Corey Perkins and Jones, as well as a layup from Avery Childress, the lead blossomed to 20 points for the Panthers.

Calera did get a buzzer beater from Xzayvion Childress to end the half to have something to build off going into the second half.

But Pelham outscored the Eagles 19-9 in the quarter to maintain a 41-24 advantage.

Calera got to within 14 early in the third quarter following another 3-pointer from Childress to make it 44-30, but Pelham quickly responded with the run that sealed the deal.

The Panthers scored nine unanswered and went on a 12-4 run over the next few minutes to open up a 62-36 lead going to the final quarter.

That became the final straw, as Pelham went on to outscore Calera 19-10 in the final quarter as well to finish off the 33-point win.

Jones led Pelham with 23 in the victory to continue an impressive scoring stretch, while Hollis and Holloway added 15 and 10, respectively, to give the Panthers three in double figures. Gonzalez finished just behind with nine.

Calera was led by Caldwell with 12 points in the loss, while Izaiha Holmes added nine.