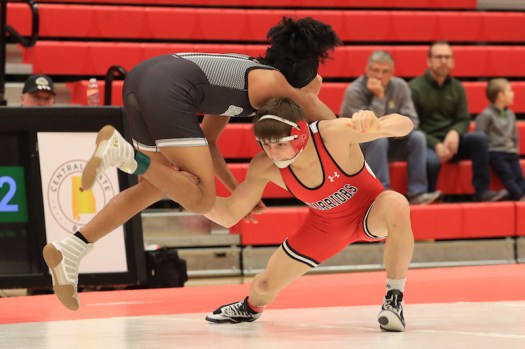 Thompson’s wrestling team downed Smiths Station 41-33 to advance to earn their chance at defending the AHSAA Duals State Championship. (For the Reporter/Dawn Harrison) 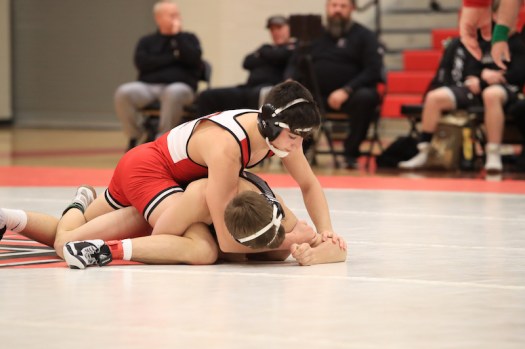 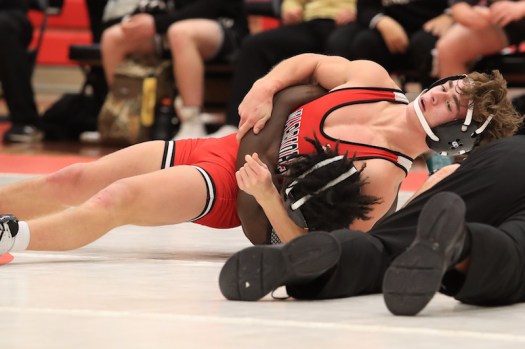 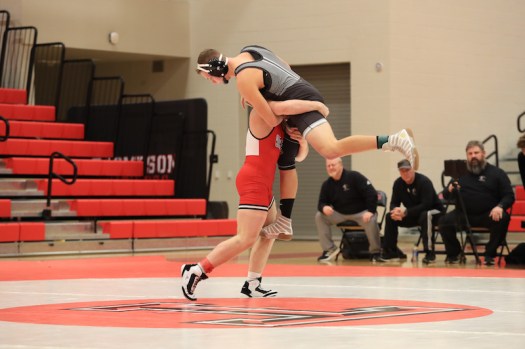 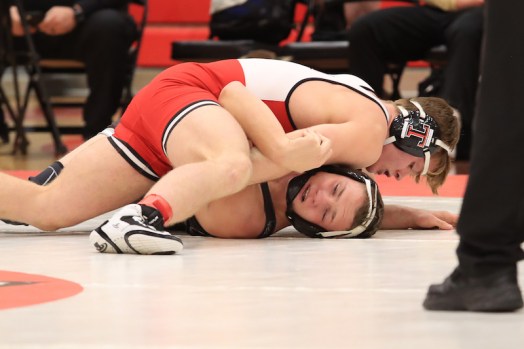 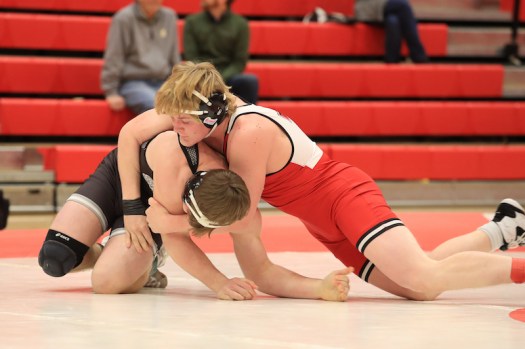 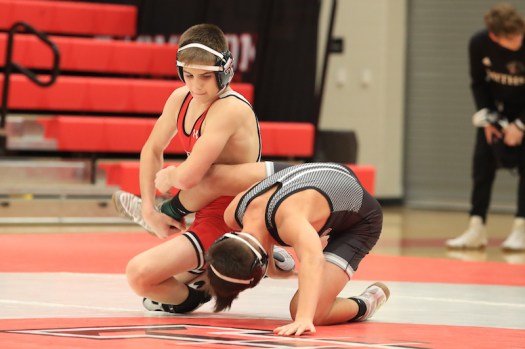 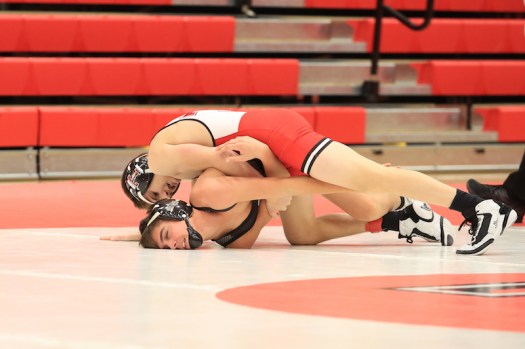 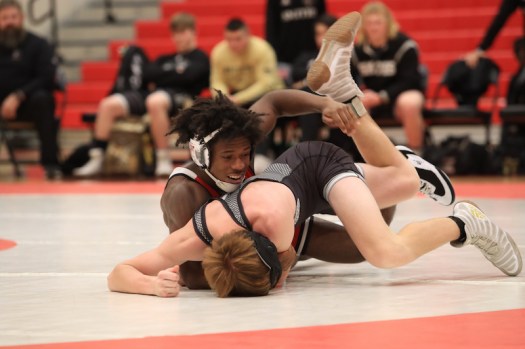 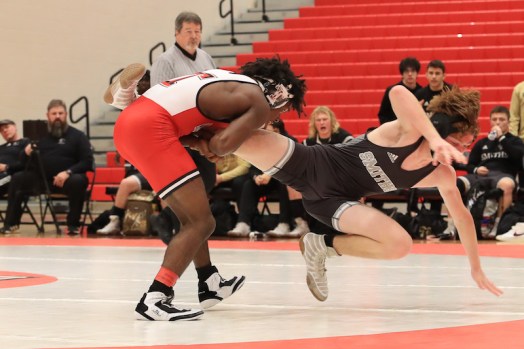 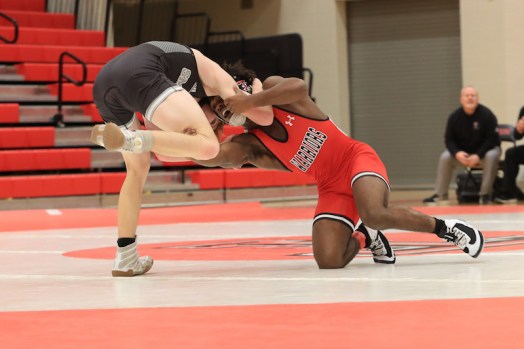 ALABASTER – The Thompson Warriors earned their chance at winning a fourth AHSAA Duals State Championship in a row after picking up a semifinal win against Smiths Station on Tuesday, Jan. 18 on their home floor.

The Warriors won eight of the 14 weight classes for a 41-33 victory thanks to three pins, three major decisions, one technical fall and one forfeit.

The win set up a matchup with Vestavia Hills, as the two powerhouse programs will wrestler each other with Thompson looking for a fourth duals title in a row.

“Hats off to Smith Station for showing up to fight,” Thompson head coach Shawn Weltzin said. “As a team, I think we underperformed tonight. We have a lot of work to do this week if we are going to beat Vestavia.”

The Warriors, however, started the dual against Smith Station strong by winning six weight classes before the Panthers earned any team points.

Kiowa Vines kicked off the match in the 115 weight class against Smiths Station’s Tim Lutrell.

Vines controlled the entire match without allowing Lutrell to earn any points and won by major decision with a score of 10-0.

Cory Jones followed suit with a major decision of his own in the 120-pound weight class, taking down Jaden Sanford with a score of 13-4.

In the 126 weight class, Yanni Vines picked up the first pin of the night with a fall time of 4:53 over the Panthers’ Richard Mungia.

Then, in the 132 weight class Nic Dempsey won by technical fall over Bryson McDonald with a score of 16-1.

In the 138-pound division, Parker Edmondson was able to pull off a thrilling comeback victory. He trailed the D’Sean Lee 17-6. With only 34 seconds left on the clock, Edmonson was able to take down Lee and put him on his back and pick up a pin with a fall time of 5:26 and six more points for the Warriors.

In the 145-pound weight class, James Latona picked up a forfeit over Smith Station to add to Thompson’s lead.

Smiths Station then struck with back-to-back pins in the 154 and 160 weight classes to put 12 points on the board.

Carson Freeman, however, helped the Warriors bounce back in the 170 weight class when he pinned Wylie Shoemaker with the Warriors’ fastest fall time of the night of 1:53.

Smiths Station responded with another pin to claim three of the last four weight classes to make the score 37-18.

But Jeffery Tubbs then won the pivotal match to cement the win for the Warriors thanks to a major decision against Tyler Johnston to total four more points.

His win gave Thompson a 41-18 lead, which ultimately made it impossible for Smiths Station to pull off the win.

That became key as the Panthers won the next three weight classes in a row—one by pin, one by decision and one via forfeit.

Thompson, however, still picked up the 41-33 victory to complete the win and advance to the state championship Friday at noon inside Birmingham’s Bill Harris Arena.