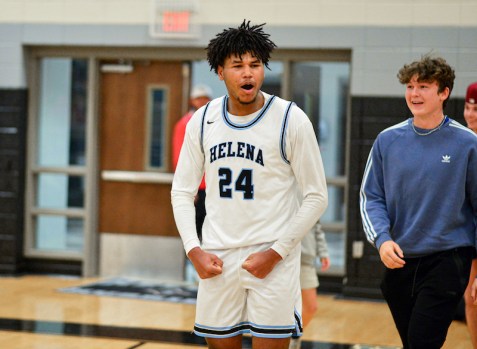 Helena's Ethan Acosta celebrates after hitting the game winner in a one-point win against Chilton County on Tuesday, Jan. 18. (For the Reporter/Jeremy Raines) 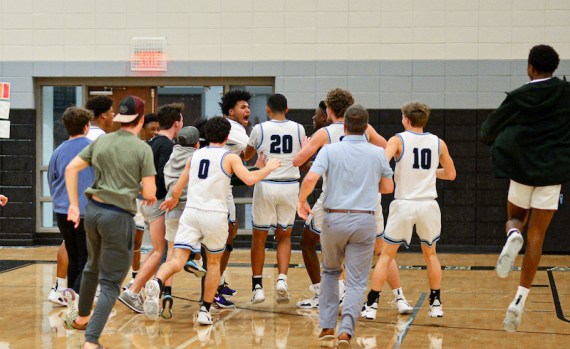 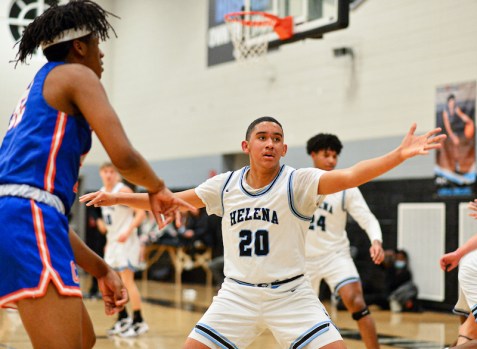 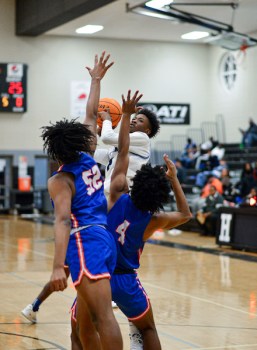 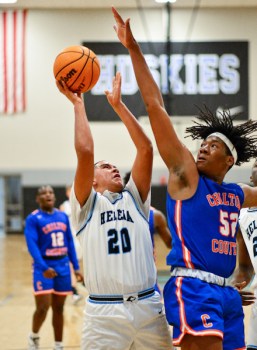 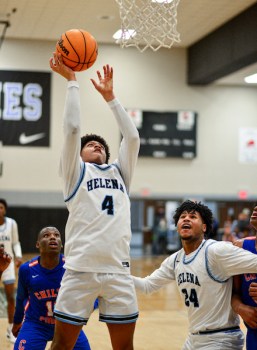 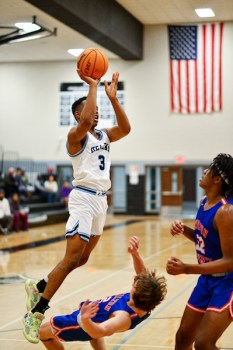 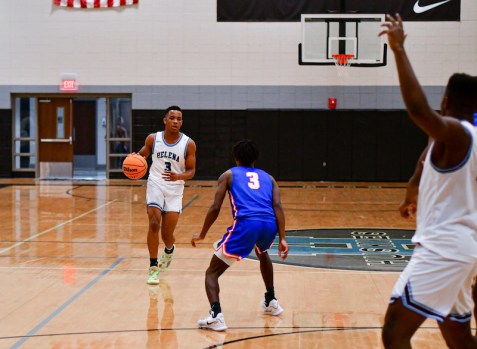 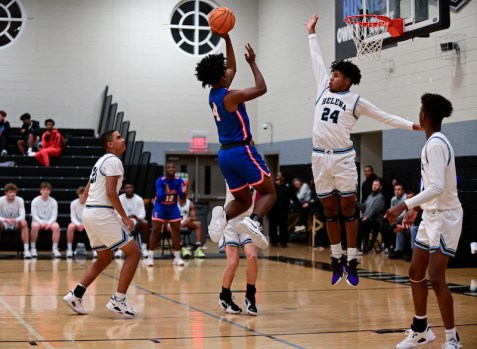 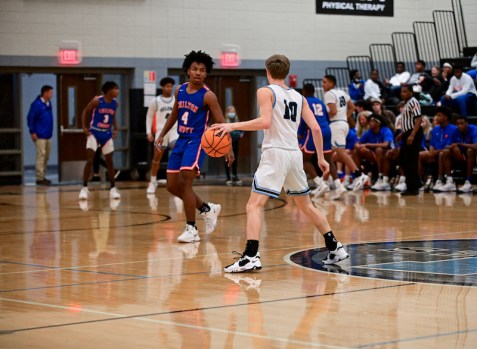 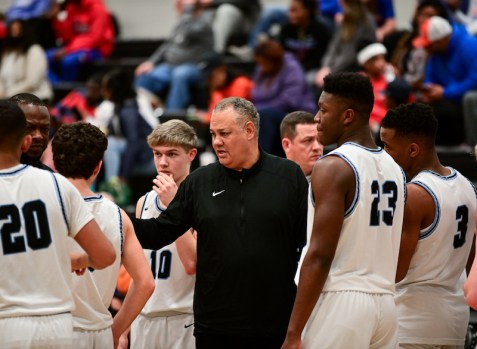 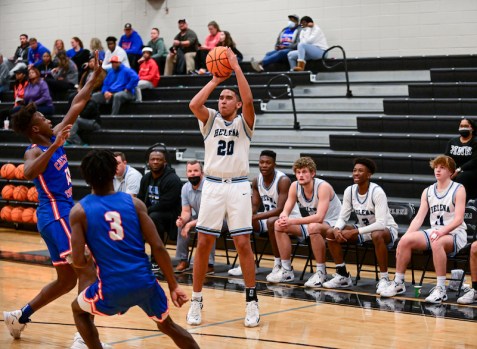 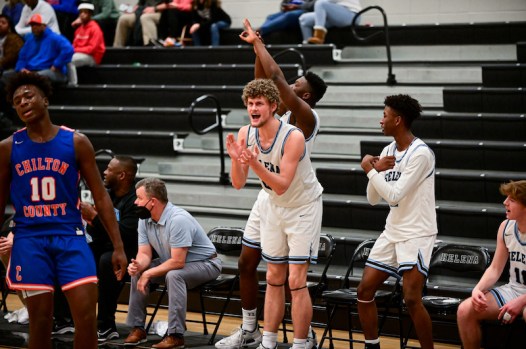 HELENA – Ethan Acosta hadn’t scored since early in the first quarter, but, with seconds remaining on the clock and his team down by one, the senior made the biggest play of the game.

He grabbed a big offensive rebound and sent his put back through the net as the buzzer sounded, sealing the deal for the Huskies and giving them a 57-56 area victory against Chilton County to improve to 2-1 in area play.

Rebounding on the offensive end turned out to be huge for both teams down the stretch in the fourth quarter, but Acosta had the last laugh when his teammates swarmed him as he ran down the court.

“He doesn’t even think about scoring,” Helena head coach Billy Grant said. “He rebounds everything. He’s a big, physical presence we have inside and nobody outworks him. He works harder than anybody we have. I’m so happy for it to happen to him because he does all the dirty work and he leaves it on the court every single night. It would be hard to say that we would’ve won a single game if he wasn’t playing for us this year.”

Helena (11-10, 2-1) began the game with a promising first half with several double-digit leads.

The Huskies scored the first nine points of the contest and held Chilton scoreless for the first 4:15. They also got contributions from multiple players, as seven different guys scored in the opening period leading to an 18-8 advantage.

One of those players was Jordan Washington, who paced the Huskies in the second quarter.

The sophomore scored eight to give him 11 before halftime and help his team maintain their lead going into the break.

“He’s just a competitor man. He came off the football field, got started late and he’s just been a boost for us,” Grant said. ”He’s one of those big-time rebounders for us and taking us to a different level as far as competing. He covers so much ground because of his athleticism and he’s strong. Just 15 years old out there battling 18-year-olds.”

Chilton County found its footing after halftime and started to whittle away at the deficit.

An 8-0 run to begin the third drew the Tigers to within a point before the teams traded long-range baskets from there.

Two of those for the Huskies came from Ian Johnigan, who scored the final nine points for Helena in the period.

The flurry of threes set up an epic nail-biter of a fourth quarter that saw the two area rivals go back and forth, exchanging the lead six times over the final eight minutes.

Josh Williams, who had been nursing an injury and didn’t start, bullied his way inside for two three-point plays and scored Helena’s first eight points of the period.

Second-chance points became a huge factor in the final frame as both teams pounded the glass.

Chilton took two late one-point leads off rebounds, but it was an offensive board for Helena coming off two missed free throws that set up the closing sequence.

“They gave a great effort,” Grant said. “We’ve been dealing with a few injuries and it was just good to be able to get a win. The guys have been playing hard all year and they laid it all on the line. Got a few rebounds and there are some things that we need to clean up on the defensive end.”

Helena was led by Williams, who put up 16 points off the bench. Washington scored 13 points and Ian Johnigan added 12 to give the Huskies three in double figures for the game.

Helena will continue its area schedule next with a home game versus Calera Friday, Jan. 21 with tip-off scheduled for 7 p.m.