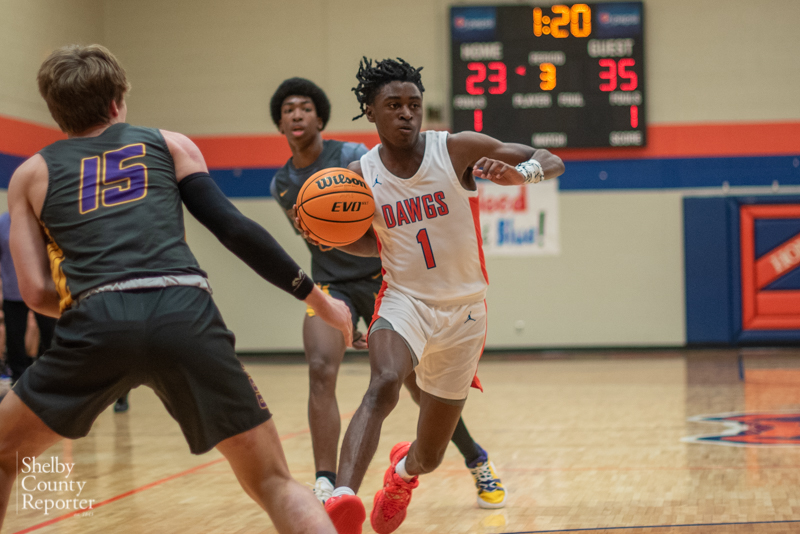 MONTEVALLO – It was a big night for Montevallo’s boys and girls basketball teams on Tuesday, Jan. 18, as both picked up area wins against Dallas County.

For the boys, it was important for momentum off three consecutive losses in area play, while the girls kept their hopes for hosting the area tournament alive.

The boys, who opened area play with a win against West Blocton earlier in the season, lost their last three area games to Marbury, West Blocton and Dallas County all by seven points or less.

But a week after losing to the Hornets by three, the Bulldogs got their shot at redemption, and they capitalized.

Montevallo held Dallas County to 12 or less in every quarter of the game, while the Bulldogs scored 13 or more in the first three quarters to pull away for a 55-39 victory.

In the opening quarter, Montevallo gained some traction with a 15-point period, which was enough for an early four-point advantage at the end of one.

It was a defensive second quarter from the Bulldogs, however, that seemed to make the difference.

The Hornets struggled to find good looks in the quarter, as Montevallo’s defense limited them to five points.

The Bulldogs added 13 more points in the period to extend the lead to 28-16 at the halftime break.

Montevallo then followed that up with its best offensive quarter of the game in the third quarter, as the pace picked up.

The Bulldogs scored a game-high 19 in the frame to outscore Dallas County by seven and take a 47-28 lead into the final quarter.

The Hornets outscored Montevallo 11-8 in the final quarter, but the Bulldogs did what was needed to close out the 16-point victory.

Montevallo’s final regular-season area game will come against area leader Bibb County on Friday, Jan. 21, and the Bulldogs will be looking for redemption following a five-point loss on Jan. 4.

The girls will also be looking for redemption against the Choctaws following a 39-25 loss in the first game between the two, and they’ll carry confidence into the game thanks to a dominant 61-35 win against Dallas County on Jan. 18.

Montevallo got off to a lightning-quick start in the matchup, outscoring the Hornets 40-15 in the first half to create all of the separation needed.

The Bulldogs started with a 23-5 first quarter, and the defense shined the rest of the way from there.

The offense added 17 more in the second quarter to take the 25-point lead into the half, while the defense never allowed more than 10 points in any quarter of the game.

Montevallo tacked on 13 more in the third quarter before closing out the 26-point victory in the final period.

The Bulldogs are now 4-1 in area play and need a win against Bibb County on Friday to keep hopes alive for hosting the area tournament.