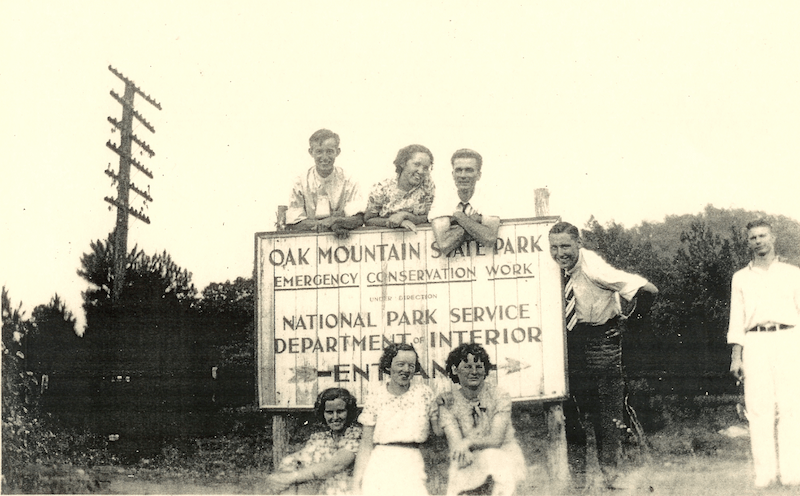 PELHAM – The Pelham Public Library will host a one-hour event on Saturday, Feb. 26 at 2 p.m.  recognizing the original plans for the roads and structures built at Oak Mountain State Park by the Civilian Conservation Corps.

This year is the 80th anniversary of the end of the CCC (1942). The event is open to the public, and will include a presentation on the fascinating history and significance of the CCC and the local state park by historian John Croom.

A short clip from the film Rural Revival – The Civilian Conservation Corps in Alabama, currently in production, will be screened and there will be a Q&A with the producer/director of the film Tommy V. Wier, and John Croom. A reception will follow.

The non-profit Birmingham International Educational Film Festival is the sponsor of the film project with funding from the 2022 Tourism Legislative Grants Program (Senator April Weaver and Representative Kenneth Paschal), the Alabama State Council on the Arts, and the Alabama Humanities Alliance.

The Civilian Conservation Corps (CCC) work program was established by Pres. Franklin Delano Roosevelt in March 1933. The CCC’s main goals were to conserve and develop the natural resources of the United States while putting unemployed young men to work during the Great Depression. In Alabama, the CCC initiated projects were to improve the state’s forested lands, strengthen the forest-fire protection system, and aid in the development of new state park lands. The program included soil conservation, dam construction and waterway improvements across the state.

The Alabama CCC constructed numerous buildings and trails in many local and state parks, as well as in other locations in the state, that are still in use today. Projects included an archeological museum at Moundville, development of the Natchez Parkway, and road improvement and re-forestation in the Bankhead National Forest. Two companies composed of African American veterans of World War I built a road to the top of Cheaha Mountain.

The CCC also helped to expose young men in Alabama to new places and to new ideas. Many men from Alabama served in other states and other men came to Alabama from other parts of the country. Half of the Alabama CCC enrollees had left school before the eighth grade, while a smaller number had never had any classroom experience. Across the country, more than 40,000 young men learned to read and write through the CCC and many earned a high school diploma. The young men took important mechanical, agricultural, and construction skills home to their communities or into the military when World War II broke out.