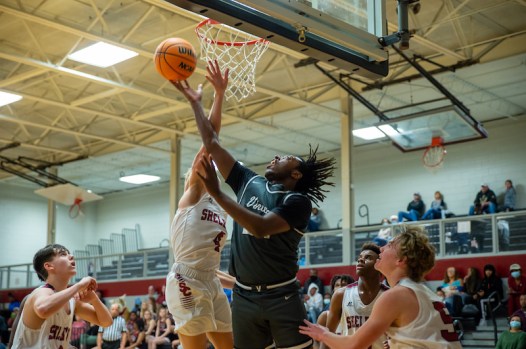 Behind three scorers in double figures, the Vincent Yellow Jackets were able to grab a 29-point win against Shelby County on Jan. 18. (For the Reporter/Larry Dancy) 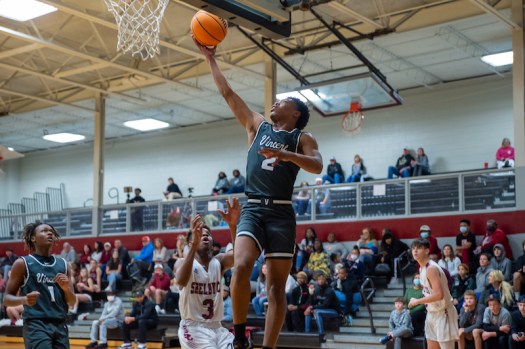 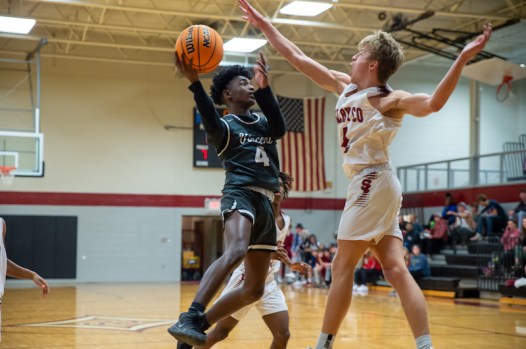 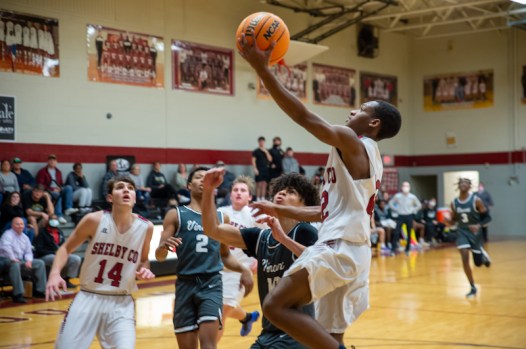 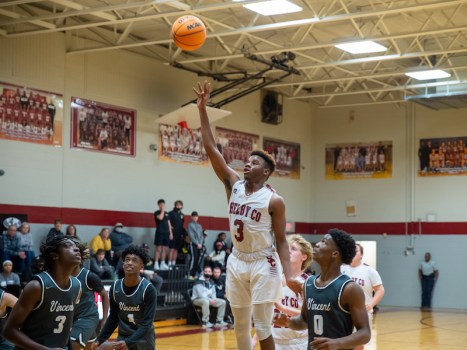 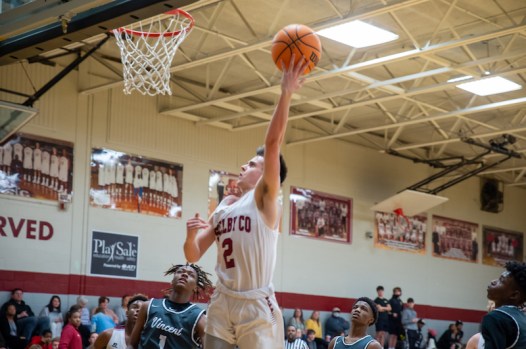 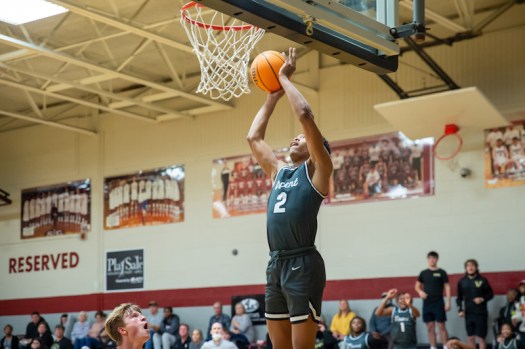 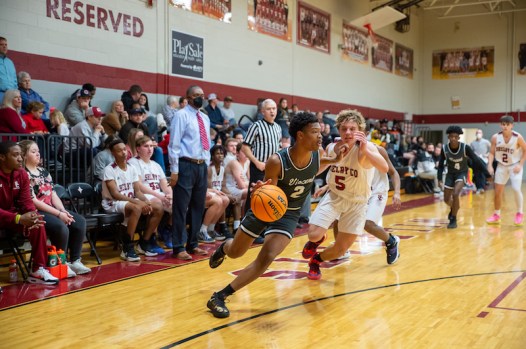 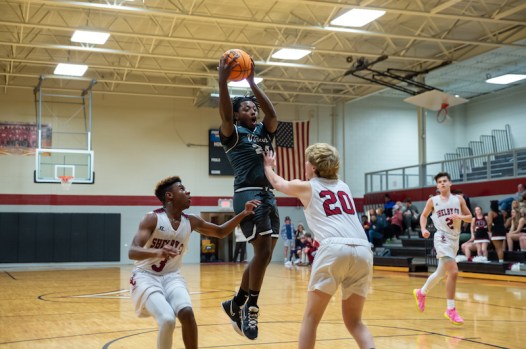 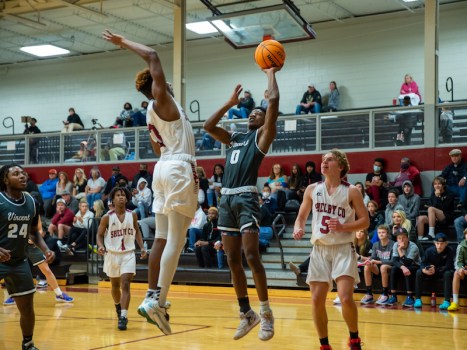 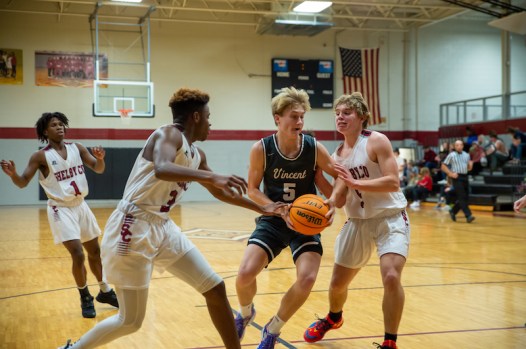 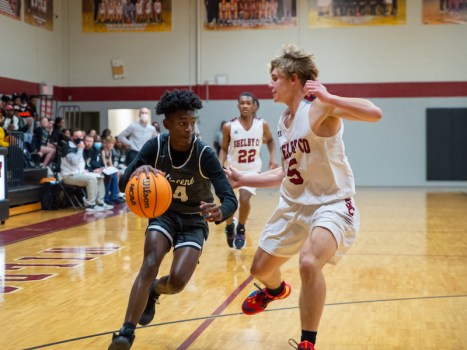 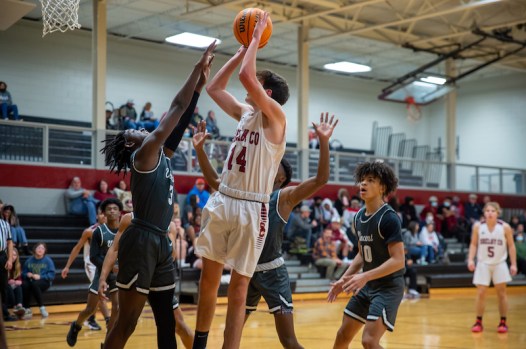 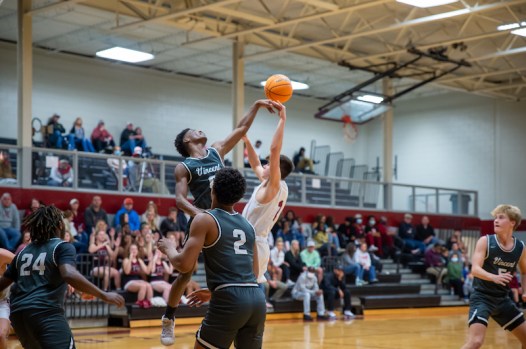 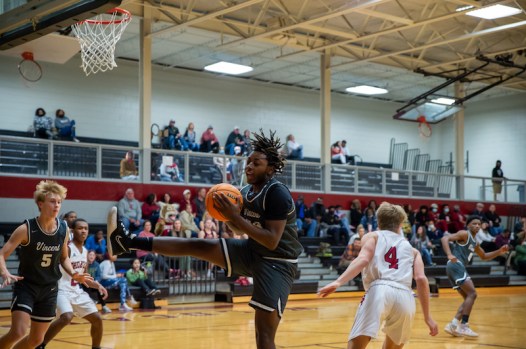 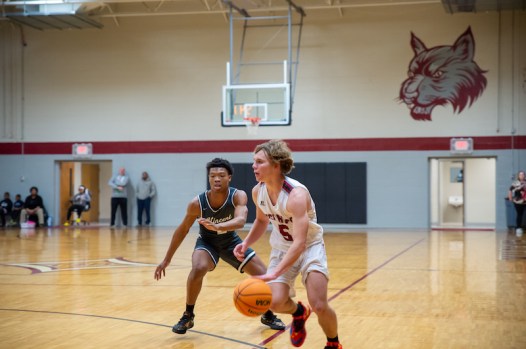 COLUMBIANA – The Vincent Yellow Jackets started fast and had smooth sailing from there in a road win against the Shelby County Wildcats on Tuesday, Jan. 18.

Vincent opened the game on a tear, outscoring the Wildcats 25-2 in the opening quarter of the game and never looking back from there on the way to a 65-36 victory.

The Yellow Jackets started the impressive night by not allowing a field goal to Shelby County in the opening quarter.

The Wildcats got two free throws, but Vincent’s defense gave up no clean looks, which kept the home team from getting in a rhythm.

The Jackets capitalized on that by turning defense into offense.

Vincent hit nine shots in the quarter, including three from beyond the arc, while the Jackets also went 4-5 from the free throw line.

That helped Vincent open up a 23-point advantage at the end of the opening quarter, which quickly put Shelby County in a deep hole.

The Wildcats did bounce back and score at least nine points in every quarter the rest of the way, but Vincent continued to shoot well.

Behind three more 3-pointers, five total made shots and a 2-2 mark from the free throw line in the second quarter, the Jackets were able to post 15 more points to extend the lead to 40-16 at the halftime break.

Out of the break, the Yellow Jackets continued their stellar play, outscoring Shelby County 13-9 in the third quarter behind five different scorers.

Both Youngblood and McCrimmon knocked down three 3-pointers in the win.