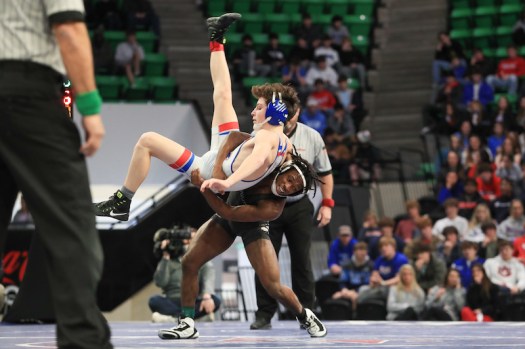 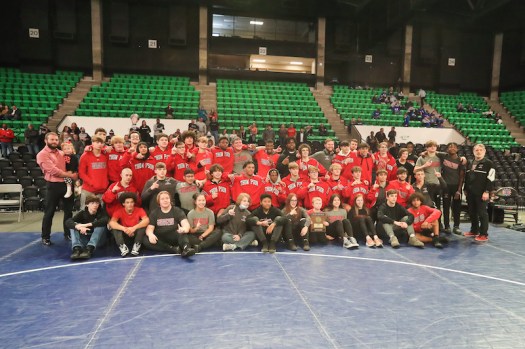 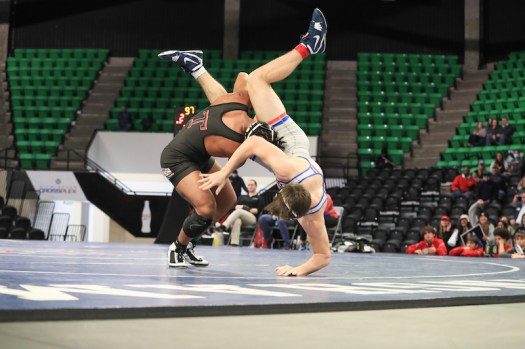 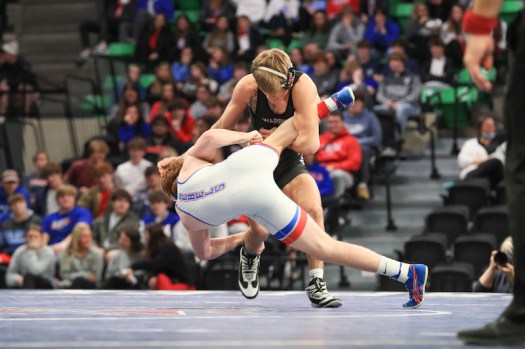 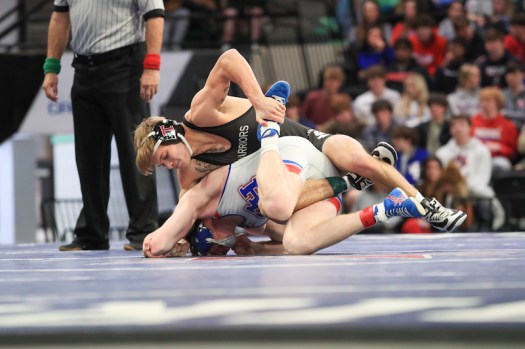 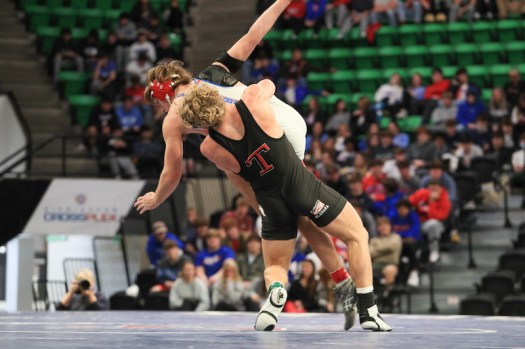 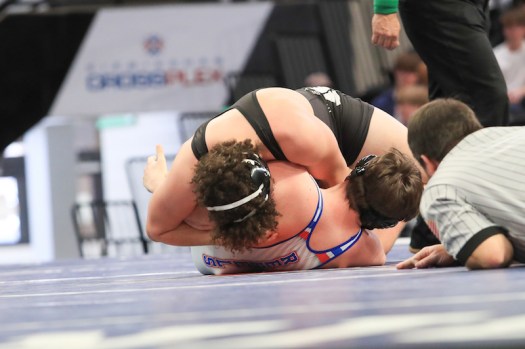 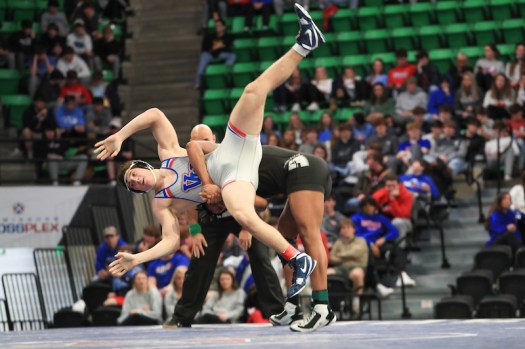 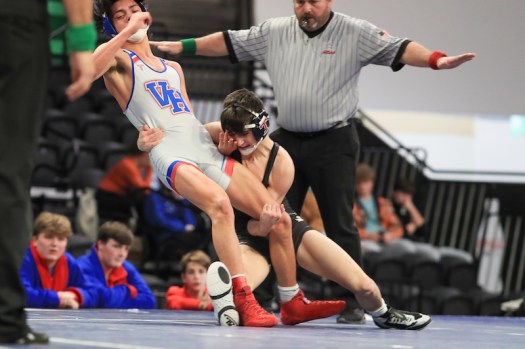 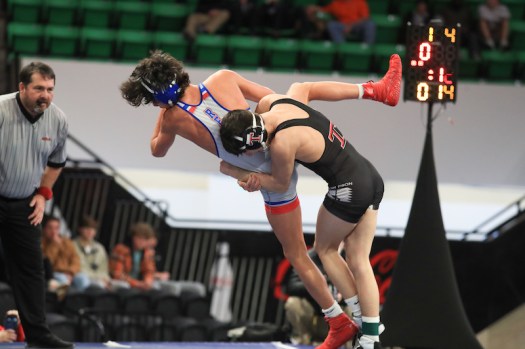 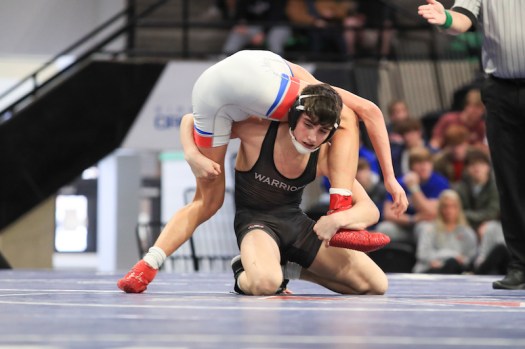 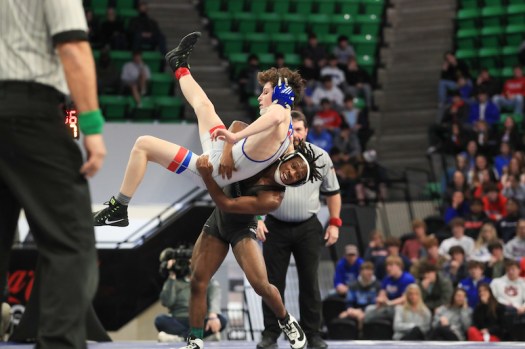 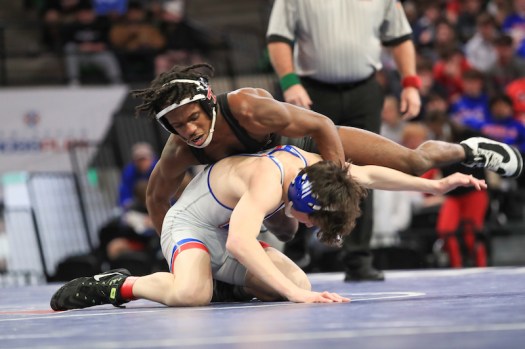 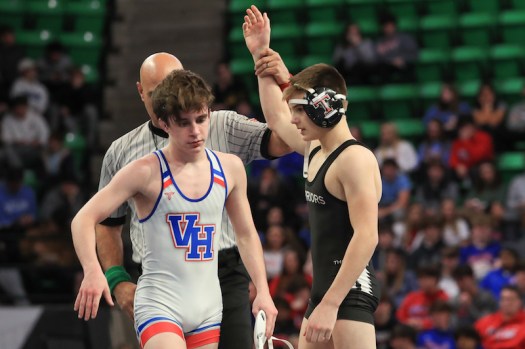 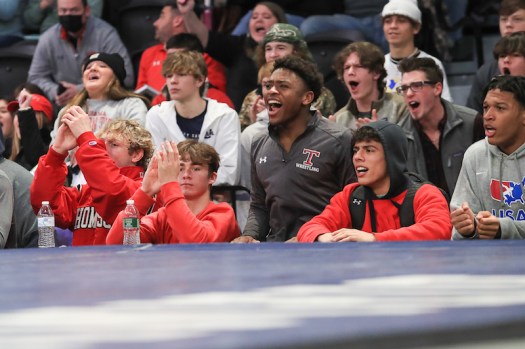 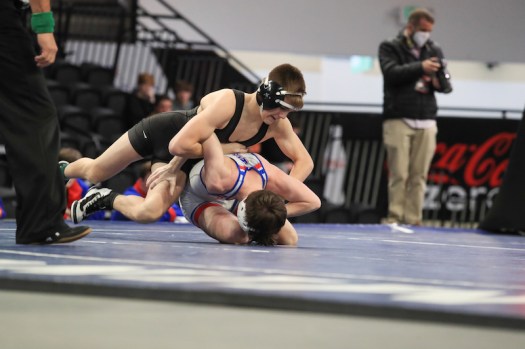 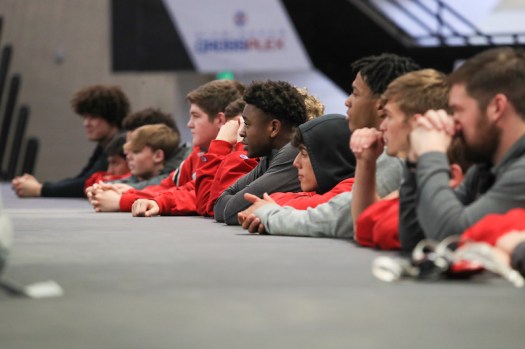 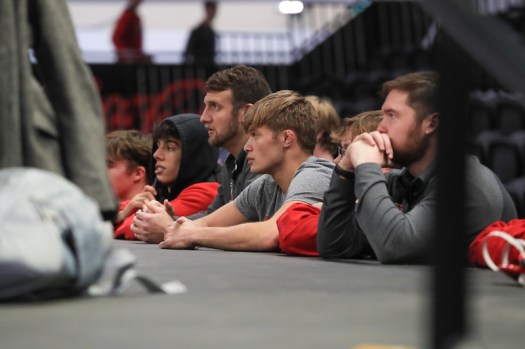 BIRMINGHAM – As Thompson’s wrestling team won its fourth consecutive AHSAA Duals State Championship on Friday, Jan. 21, a glimpse was given into why the program has built into a dynasty.

In a subdued moment, after taking down Vestavia Hills 39-19 in convincing fashion to win the title, the Warriors were excited, but remained focused on what’s ahead.

“We fought hard in a lot of cases and we’ve got a lot of work to do in other cases,” Thompson head coach Shawn Weltzin said. “We have so much work to do that we’re not going to hang our hat on this one win because it is just one win.”

That’s the reality in the sport of wrestling, which still has the section and state tournaments ahead during the month of February.

But Weltzin and his team did let it sink in that they had just won four duals championships in a row, continuing an impressive stretch.

“A lot of our kids believed they could,” Weltzin said of the reason for the victory. “Hopefully these guys want to keep this going and have it be a part of our year-in and year-out legacy. It’s one of those points in the season that we want to set for and build off of.”

It also marked the third year in a row that Thompson has edged out Vestavia Hills, who won last year’s tournament championship.

“Their kids are very well coached and extremely disciplined,” Weltzin said. “They wrestled really good in certain positions, and they’re coached extremely well. That’s part of the problem wrestling them.”

The Warriors only lost five of the 14 weight classes to help claim the championship, losing three matches by decision, one by pin and one by major decision.

And Thompson started fast to gain some early confidence.

The Warriors won the first five weight classes of the championship, with three of the five coming via major decision.

In the 108-pound weight class, Thomas Giere started with a major decision victory against Stone Phillips thanks to a score of 11-2.

Then, in the 115-pound weight class, Kiowa Vines, who didn’t place at state last year, was able to grab a tight 4-3 decision victory against last year’s 5A/6A runner-up Cale Tucker.

Cory Jones followed with a 6-3 decision in the 122-pound weight class, before Yanni Vines and Nick Dempsey each added major decision victories.

That gave Thompson a quick 18-0 lead through the first five weight classes.Vestavia Hills then got on the board when Andrew Sullivan picked up a decision win against Parker Edmondson in the 140-pound weight class.

That was followed by the Rebels’ first major decision win from Grant Taylor in the 147-pound classification. He took down Josue Serrato 13-5 to bring the score to 18-7.

Thompson’s James Latona, one of the top wrestlers in the country, got the Warriors back on the board with a tech fall win against Clay Johnson in the 154-pound weight class thanks to a score of 16-1.

Will Garrett then took to the mat for the first time since an ankle injury earlier in the season in the 162-pound weight class. Despite a valliant effort, Garrett fell to Vestavia’s Harris Mitchell in a tiebreaker decision by a score of 8-7.

Up 23-10, the Warriors responded with a win from Carson Freeman in the 172-pound weight class. He took down Austin Wilbanks with Thompson’s first pin of the event to add six more points and make it 29-10.

That put Vestavia in dire need of a win, and the Rebels got it with their first pin of the event thanks to John Edwards downing Nathan Black with a fall time of 13 seconds in the 184-pound division.

Jeffery Tubbs, however, put together the championship-clinching win.

Wrestling in the 197-pound weight class, Tubbs picked up a dominant 11-2 major decision victory to put the score out of reach for Vestavia.

Then, Barron Criddle, one of the youngest wrestlers on the team, put the cherry on top with a pin in the 222-pound weight class.

Vestavia Hills added one last 4-1 decision win in the 287-pound weight class, with William Cholewinski losing a tight battle to Mitch Taylor, but Thompson had cemented the 39-19 win at that point.

The Warriors have now won four of the five duals championships and will turn their attention to winning their fourth state tournament championship in five years and the ninth in the last 12 years in February.

Since 2011, Thompson or Vestavia Hills has won the state tournament each year with the Rebels winning last year.