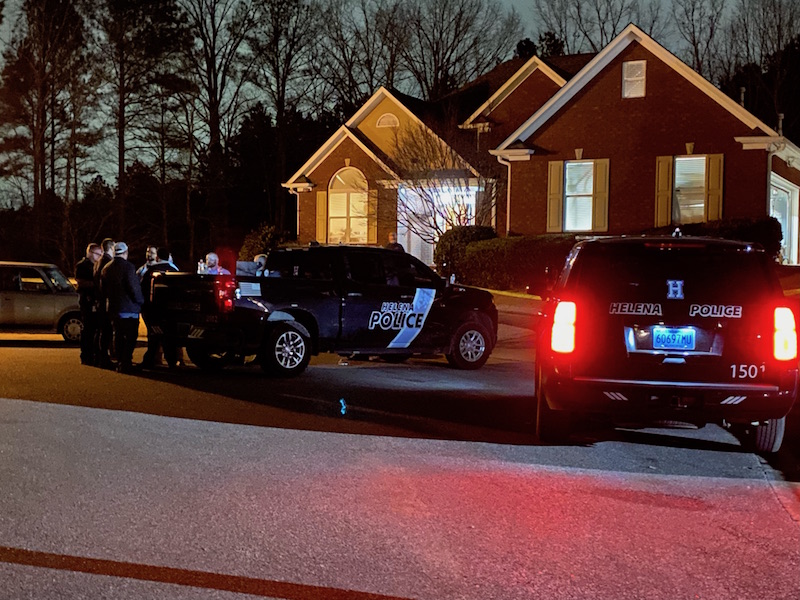 A father and daughter have been identified as the two victims of a double homicide in Helena. (Reporter photo/Michelle Love)

HELENA – The victims of a double homicide in Helena were identified on Friday afternoon, Jan. 21.

The investigation is still underway, and Helena police, along with other law enforcement, continue to search for John Peyton Scott III for questioning.

On Wednesday afternoon, Jan. 19, the two Helena residents were found in a home located at the 100 block of Piney Woods Drive in the Riverwoods neighborhood.

Scott was pegged as a person of interest, and authorities were hoping to speak with him but have yet to locate him.

Helena Police Chief Brad Flynn described Scott as being 41 years old with a size of 6 feet, 3 inches tall and 275 pounds with brown hair and brown eyes. Scott is believed to be driving a red 2020 Ford EcoSport with the Alabama tag DV47860.

“We will work diligently and nonstop to bring the person responsible for this crime to justice,” Flynn said. “Major Crimes detectives are also being assisted by local, state and federal agencies as they conduct this investigation, and we are very appreciative for their assistance as well.”