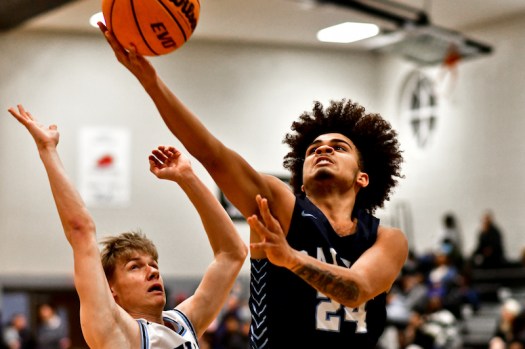 Calera got redemption for an overtime loss two weeks earlier by beating Helena 53-52 in overtime on Jan. 21. (For the Reporter/Jeremy Raines) 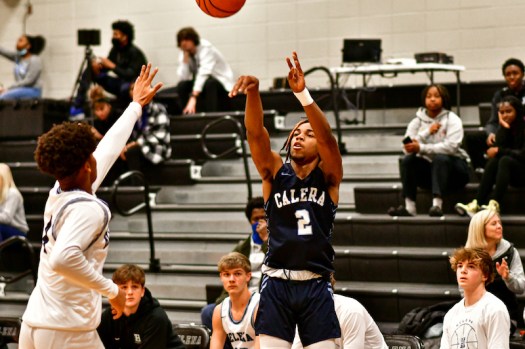 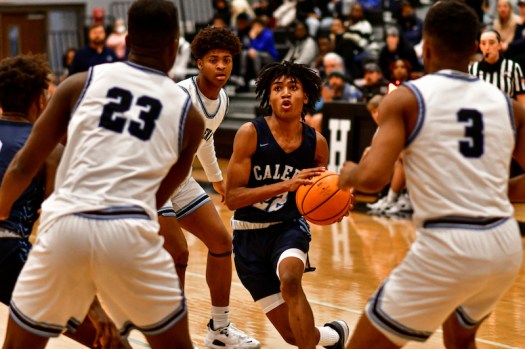 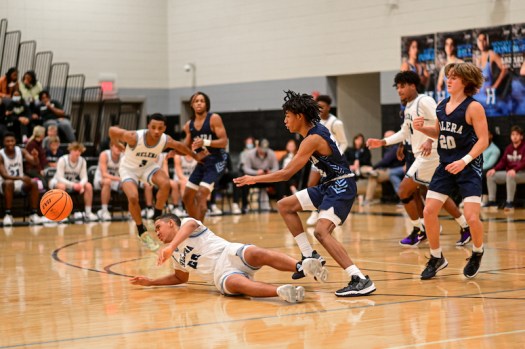 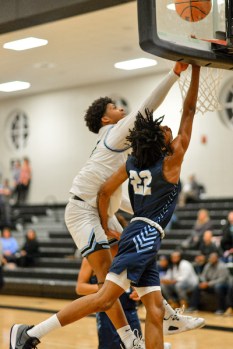 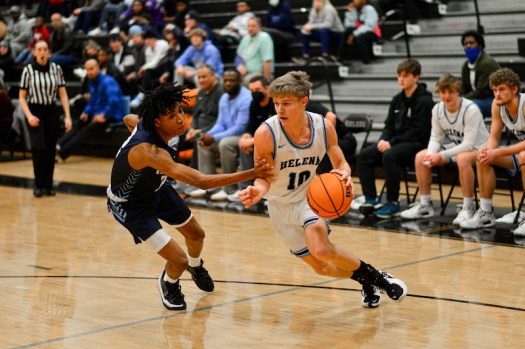 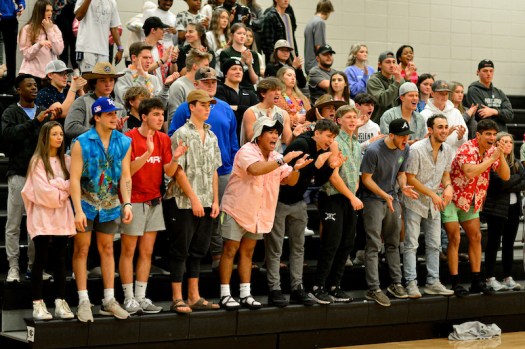 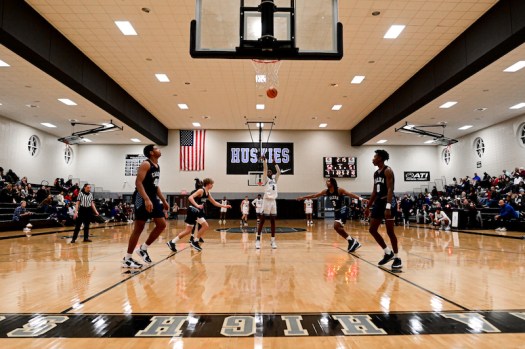 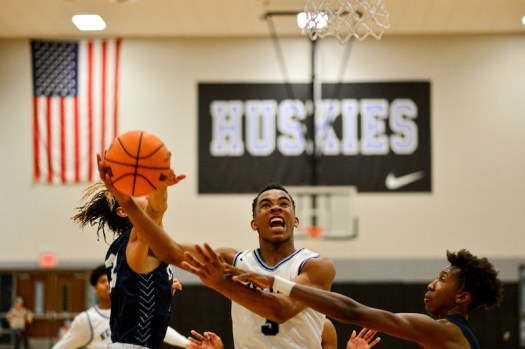 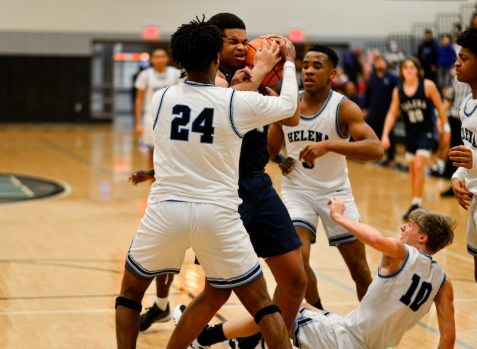 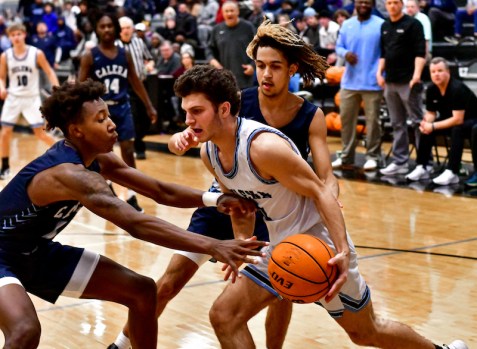 In the first matchup between the two, it was Helena that came out on top with an 89-85 victory, but the Eagles were determined for a different outcome this time around, and they made it happen.

After battling to a 48-48 tie at the end of regulation, the two went into overtime, which became a battle of free throws.

The difference, however, became the lone field goal in overtime from Calera’s Xzayvion Childress.

The leading scorer for the Eagles made his fifth field goal of the game in the extra period, while they went on to make three of their six free throws.

That gave Calera a 53-52 lead with more than 1:30 to play, but neither team could capitalize on the remaining time.

Helena got four free throws from Jordan Washington early in overtime, but the Huskies didn’t find the basket again the rest of the way as the Eagles used their defense to hold on for the one-point victory.

Joe Wimberly closed out a 17-point performance by making both of his free throws in overtime. He was one of three in double figures for the Eagles got 12 from Brandon Caldwell and 10 from Childress.

And their fast starts helped Helena play from in front for the majority of the game.

Wimberly had a lightning-fast start to the game with three field goals, including an and-1, in the opening quarter to total seven points.

He was joined by four from Childress and Caldwell, while Izaiha Holmes added two free throws, as the Eagles totaled 17 points.

Helena got impressive starts from a couple of players as well thanks to a 5-6 mark at the free throw line from Ian Johnigan and two field goals from Jordan Washington. They totaled nine points in the opening quarter, but the Huskies only got two more as they fell into a quick six-point deficit.

Helena, however, capitalized on free throws in the first half to keep pace.

In the second quarter, the Huskies made eight of their 10 free throws and got two field goals from Josh Williams.

Combined with their defensive effort of giving up just eight points to Calera, Helena battled back to within two points at the half.

And it was a tight battle the rest of the way from there.

Calera got back on track out of the break with 13 more points thanks to five different players scoring, but Helena again scored in double figures thanks to six from Ethan Acosta, four from Williams and two from Charlie Marshall.

The Eagles, however, were able to extend their lead by one more after outscoring the Huskies 13-12.

That put them up 38-35 going to the final quarter.

The Huskies, however, put together a clutch final quarter.

Acosta, who hit a game winner the game before for Helena, scored seven clutch points down the stretch, while Williams added four more to help play a part in a 13-point quarter.

Along with solid defense, the Huskies outscored Calera 13-10 to even the game at 48-48 and force overtime.

That’s when both teams had their chances, but it was Calera’s late defense that made the difference.

Helena was led by 13 points from Acosta in the tight battle, all of which came in the second half, while Williams added 12. Behind that, Johnigan finished with nine but didn’t score in the second half and Washington totaled eight.