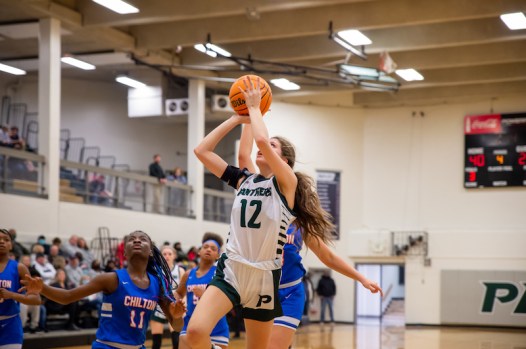 The Pelham Panthers improved to 4-0 in area play on Jan. 21 with a 25-point victory against Chilton County. (For the Reporter/Larry Dancy) 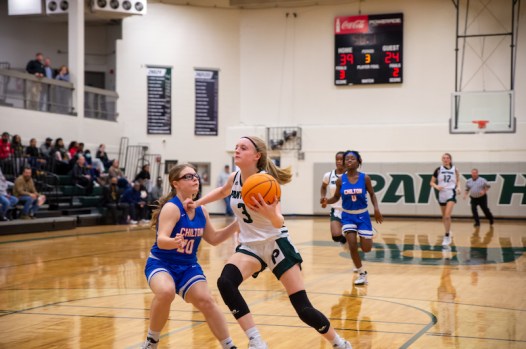 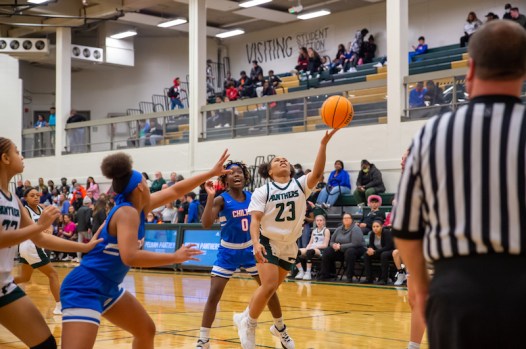 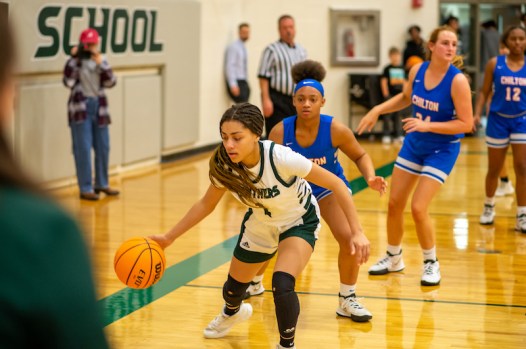 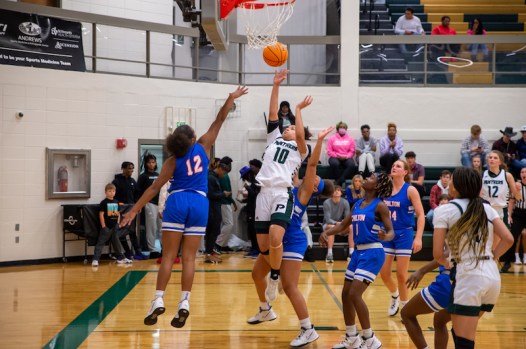 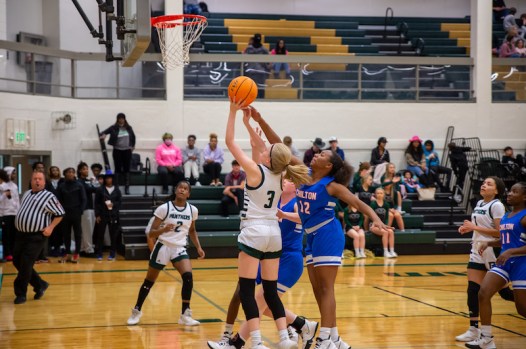 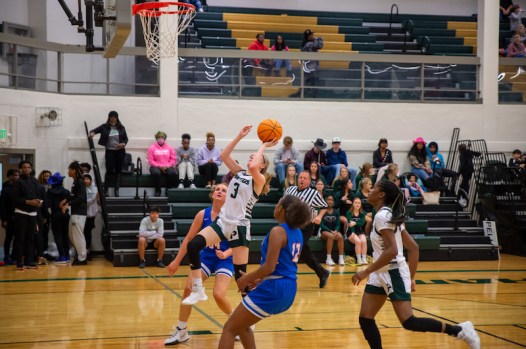 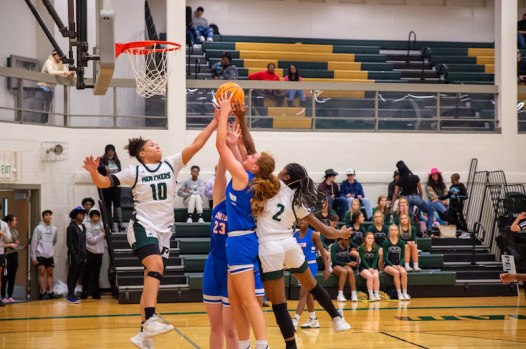 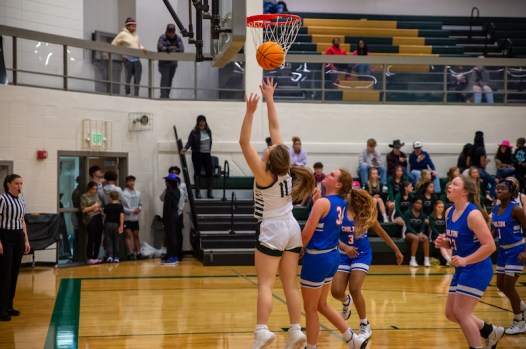 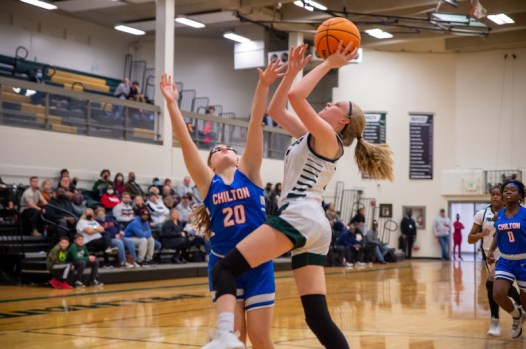 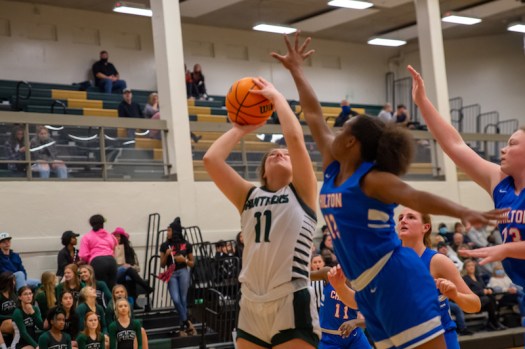 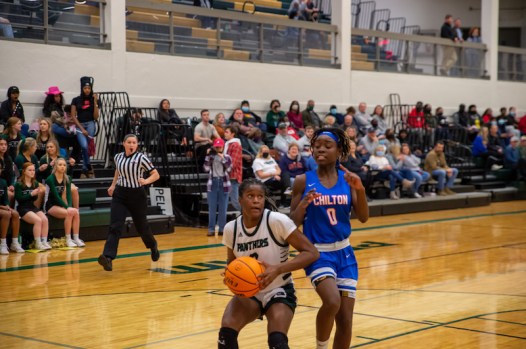 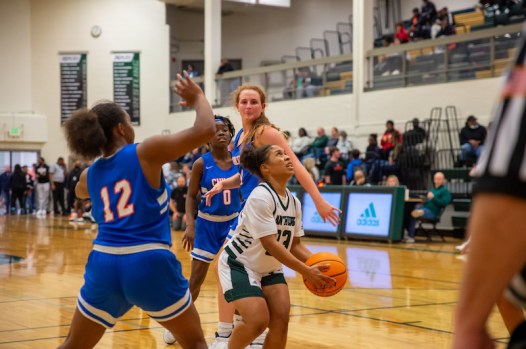 PELHAM – The Pelham Panthers continued their undefeated trek through area play on Friday, Jan. 21, doubling up visiting Chilton County for a 25-point victory.

The Panthers limited the Tigers to seven points or less in three of the four quarters to easily pull away for a 50-25 victory.

In addition to stellar defense, the Panthers got points from nine of 12 players and had three finish in double figures during the winning effort.

Pelham got off to an impressive start with their best offensive quarter of the game in the opening period, thanks in large part to eight points from Myriah Tate, who brought energy to the floor early in the game.

She helped the Panthers total 15 first-quarter points, while the defense showed up early as well, holding Chilton County to six for an early nine-point advantage.

The Tigers responded with their only double-digit offensive quarter in the second, but Pelham got two 3-pointers from Laci Gogan, four points from Jaslyn Heflin and 13 as a team to extend the lead to 28-17 going to the halftime break.

From there, Pelham’s defense put on a clinic.

Behind an energized effort, the Panthers came out and gave up seven points in the third quarter on just two made shots.

That helped the offense continue to pull away with 12 more points to extend the lead to 40-24 going to the final quarter.

Then, in crunch time, Chilton County needed a big final period, but the Panthers weren’t having it.

Pelham gave up one point in the final quarter on a free throw to cap a stellar night.

The Panthers added 10 more points in the quarter to complee the 50-25 victory.

Gogan and Heflin both finished with 11 points in the win, while Tate was just behind with 10, all of which came in the first half.