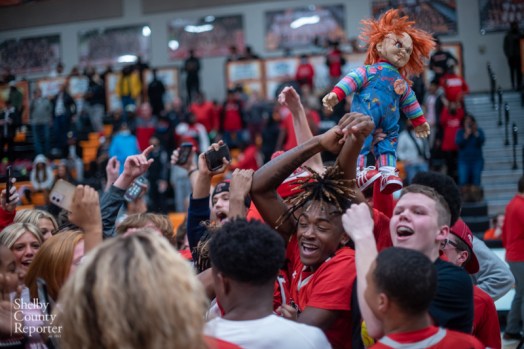 The Thompson Warriors pulled off a comeback road victory against No. 6 Hoover in overtime on Friday, Jan. 21. (Reporter photo/Keith McCoy) 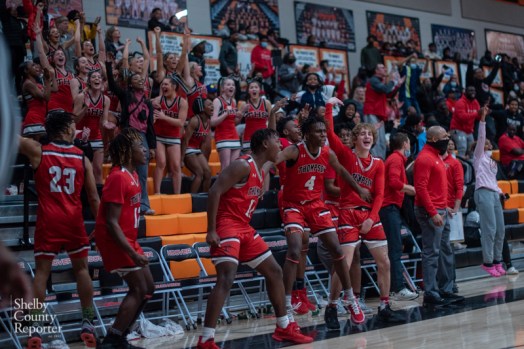 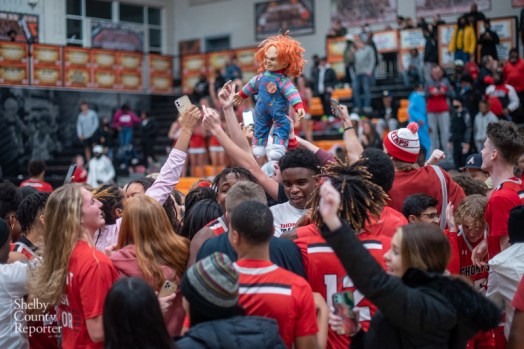 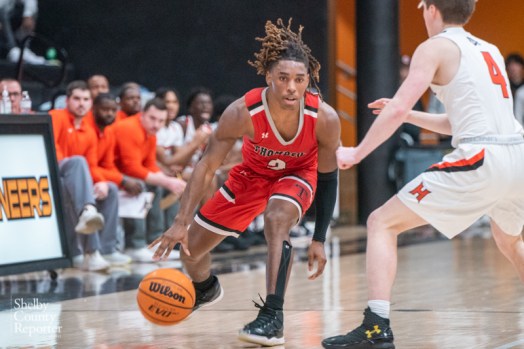 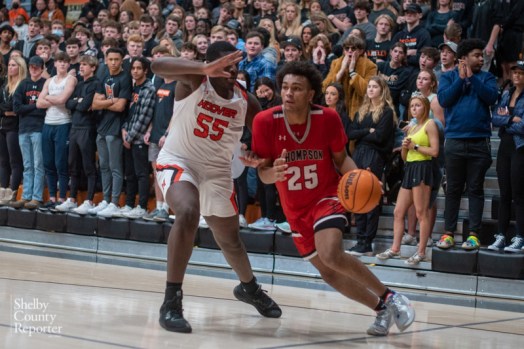 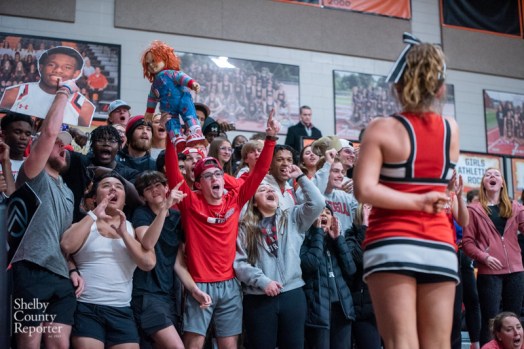 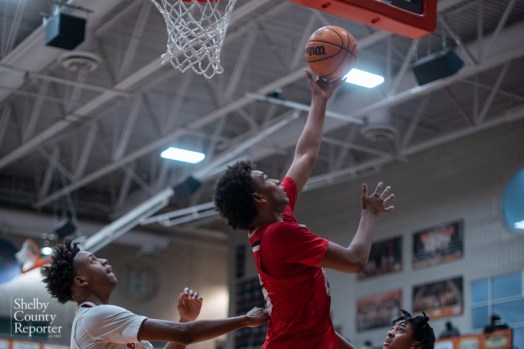 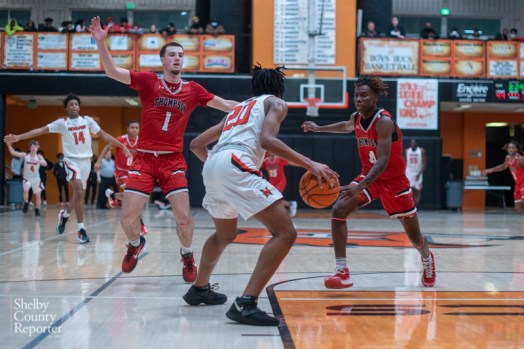 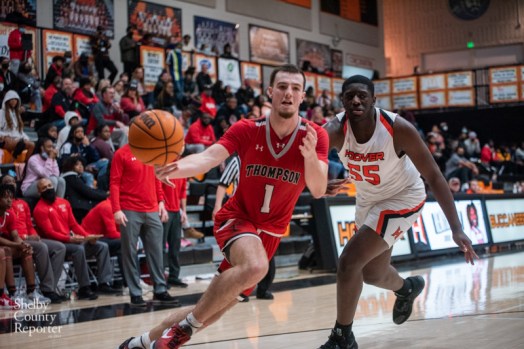 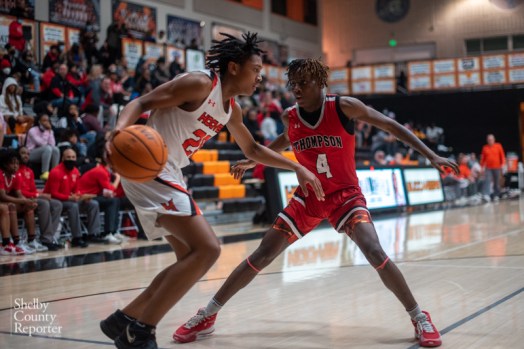 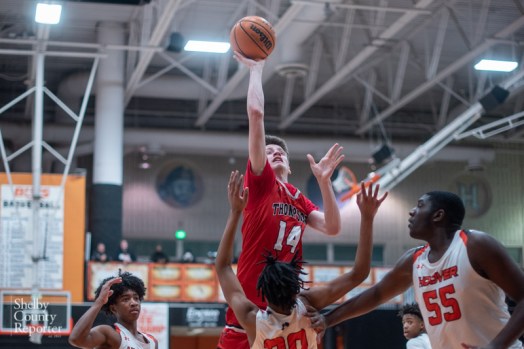 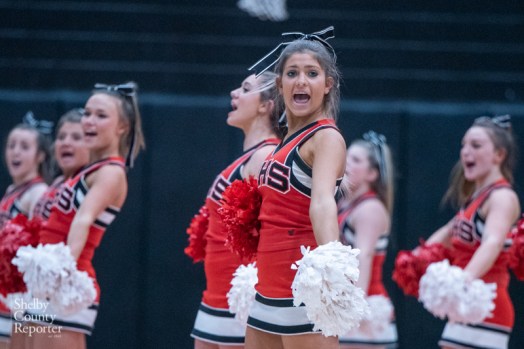 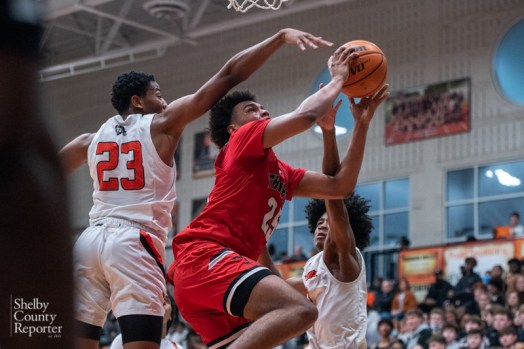 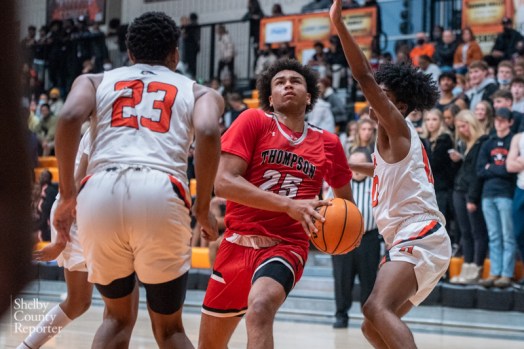 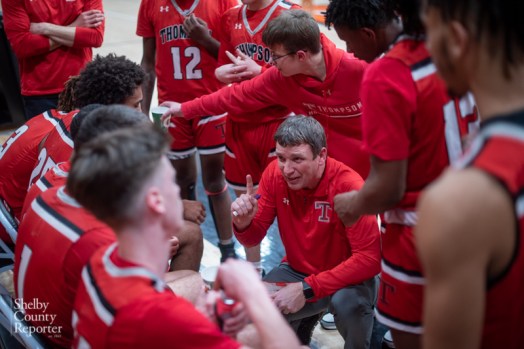 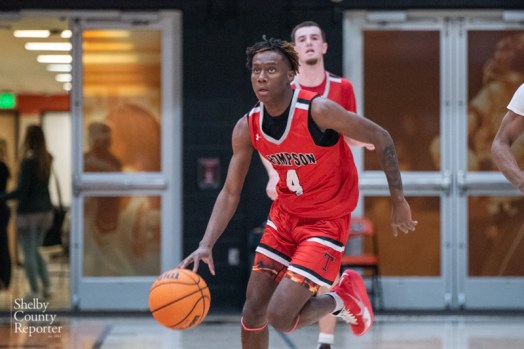 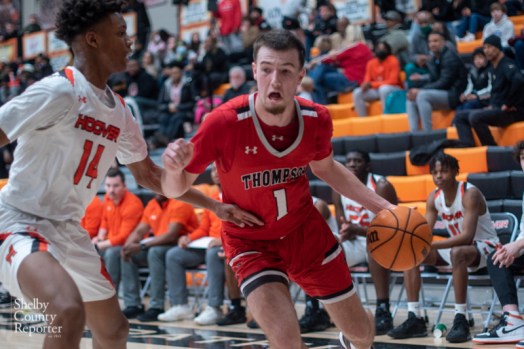 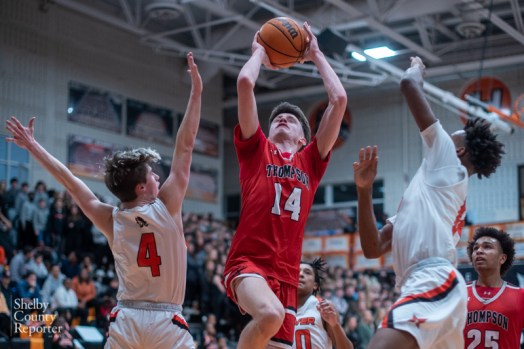 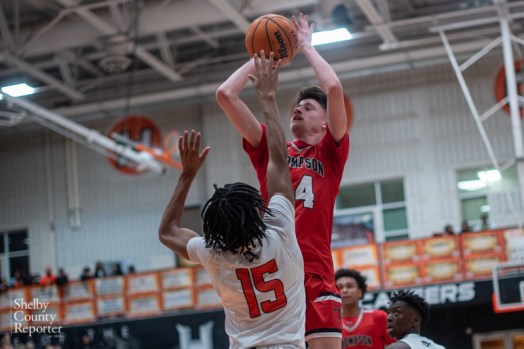 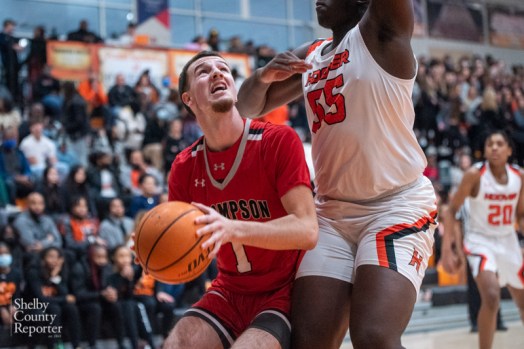 HOOVER – Trailing by as many as 10 points in the fourth quarter, the Thompson Warriors didn’t back down from the No. 6 Hoover Buccaneers on the road on Friday night, Jan. 21.

The Warriors clawed back down the stretch to tie the game at 47 with 50 seconds to play, eventually forcing overtime.

With that momentum swing, Thompson never looked back. The Warriors, looking for redemption from a 66-59 loss two weeks earlier, wasn’t going to let this one slip away.

They got a key 3-pointer from Tre Adolphus early in the extra period, his third of the game, and then went 4-6 from the free throw line to close out a 54-51 victory.

Fans who made the trip to Hoover then poured onto the floor in celebration with the players as the Warriors improved to 2-2 in area play with two area games remaining.

Thompson finished the game in clutch fashion, outscoring the Bucs 20-9 between the fourth quarter and overtime to pick up the victory.

Both Wesley Roberson and Jose Gonzalez were big reasons for the success behind 15 points each to lead the Warriors, but five different players scored at least six points.

It was Hoover, however, that started fast in the opening quarter.

The Bucs stormed out to a 16-point opening quarter behind five different scorers making two 3-pointers and all four of their free throws.

Thompson added four made shots to total nine, but nobody was able to make more than one shot, leading to the seven-point deficit early.

That led to a tight battle in the second quarter as the Warriors found their rhythm behind 3-pointers from Adolphus, Roberson and Gonzalez to help match Hoover’s 13 points in the period.

That led to a 29-22 lead for the Bucs going into the half, which set the tone for a thrilling finish.

The third quarter continued a back-and-forth battle between the two, but Thompson couldn’t close the gap.

The Warriors got two crucial 3-pointers from Roberson in the quarter to keep pace, but eight points from Dewayne Brown helped the Bucs extend their lead by one more after outscoring Thompson 13-12 in the quarter.

Thompson, however, flipped a switch, and while offense was key down the stretch, the defense is what made the difference.

Pressuring the Bucs, Thompson made it difficult for them to get in a rhythm in the final quarter.

That, combined with the Bucs missing four of their seven free throws in the quarter, helped the Warriors start their trek back.

Thompson went on to make all four of its free throws in the quarter, while Gonzales posted five points and Carson Pringle four points to help complete the comeback and force a 47-47 tie at the end of regulation.

They then carried that momentum into the extra period, making four of their six from the line in clutch fashion to complete comeback victory.

Thompson went 10-15 from the free throw line in the win, while Hoover finished 11-21 from the line.

Adolphus finished the game with nine points, while Pringle added seven and Justin Pegues had six.