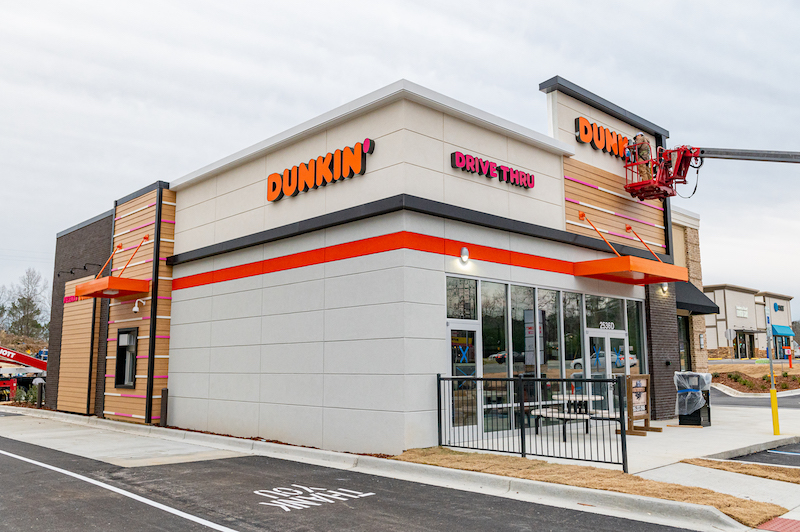 A tentative opening date has been announced for the new Helena Dunkin' Donuts location on Helena Road. The property is set to open to the public on Feb. 15. (For the Reporter/Jeremy Raines)

HELENA – A grand opening date has been announced for the Dunkin’ location in Helena.

The property will officially open to the public Feb. 15.

The Dunkin’ is part of a four-tenant property division on Helena Road that has been in the works for several months now.

Carter Cooper, the lead developer of the project with Richmond Properties, said the date is a “tentative opening.”

The estimated property value of that subdivision is around $6,250,000, according to Cooper.

Cooper said things are on the right path now, and the property will be “a huge plus” for the Helena community.

“The mayor and the city have been very cooperative and helpful,” he said. “We’re very pleased. We think it’s going to be a great addition for the Helena community and bringing in some new tenants to serve citizens of Helena, which will be great.”

Details regarding the opening will update as it gets closer to the event. For more information visit the Helena Dunkin’ Grand Opening Facebook page.