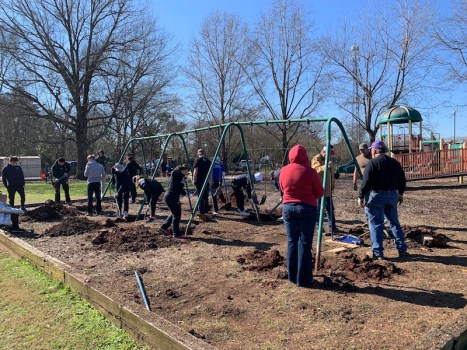 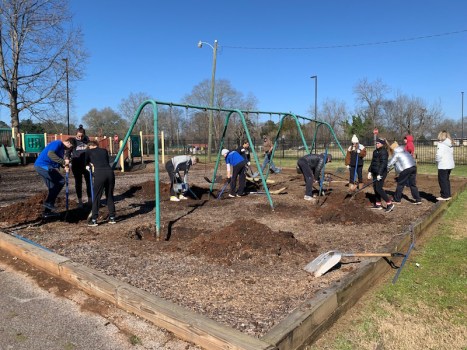 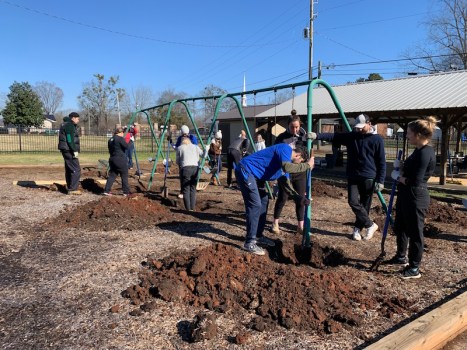 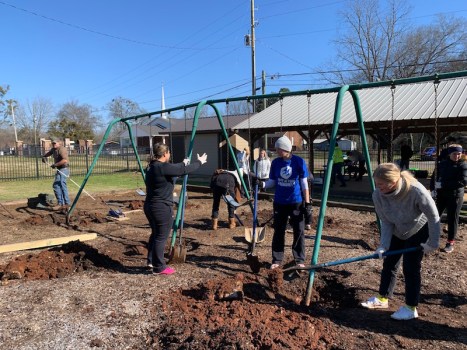 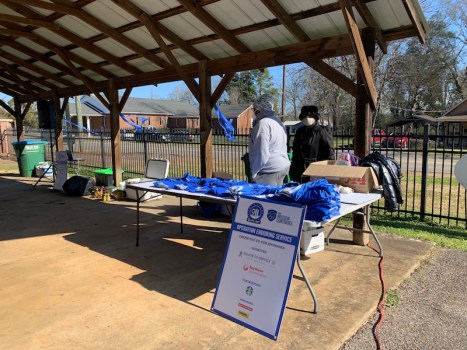 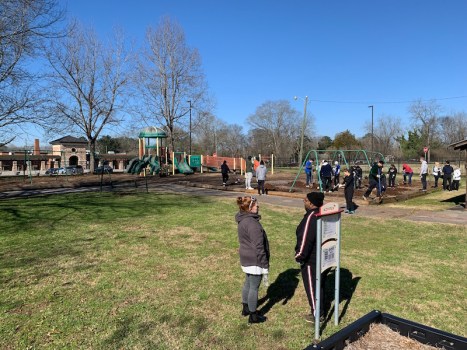 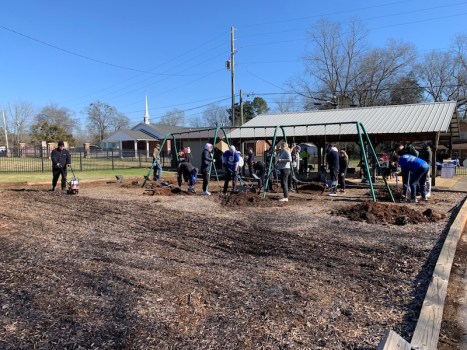 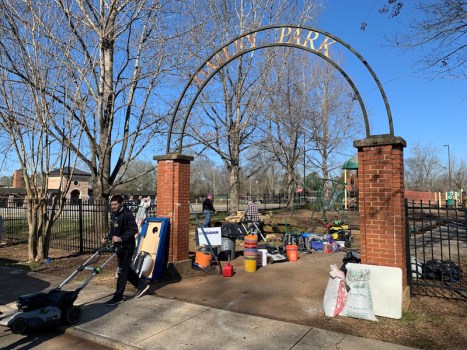 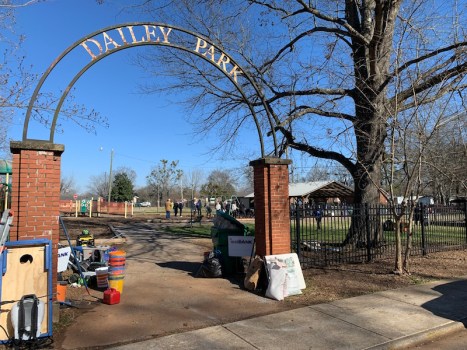 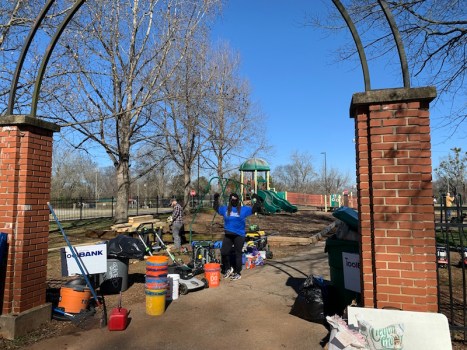 MONTEVALLO – George Dailey Park was humming with activity on the morning of Saturday, Jan. 22, as the first phase of a revitalization project started at the park.

For Birmingham Service Platoon Leader Pat Johnson, the turnout at the first day of the platoon’s inaugural service project was a positive sign of the community’s interest in coming together for a cause.

“It would literally take somebody all day to do this work, and we’re going to have this knocked out in about an hour or two hours,” Johnson said of the group, which consisted of city officials, University of Montevallo students, veterans and other residents. “There’s been so much accomplished today that we’re about to run up on work.”

The Birmingham platoon’s project was one of many other programs occurring statewide as a part of The Mission Continues national service campaign, MLK Day of Service, to honor the legacy of Dr. Martin Luther King Jr. and his role as a prominent leader of the civil rights movement.

“When it comes down to it, today isn’t about how much we can get accomplished,” Johnson said. “It’s really about having fun and getting some stuff done. That’s a good thing for the community, and it’s also (to) honor the legacy of service for Dr. King.”

The multi-phase project is happening in partnership with the city of Montevallo in keeping with comprehensive plans that call for repairs and improvements to the park, which is situated in front of Montevallo Middle School, formerly Prentice High School, the city’s first and only African-American high school from 1950-1970.

The park is named after George Dailey, the first African-American City Council member in Montevallo who is credited with starting the movement for the council to be elected by districts.

On Jan. 22, volunteers straightened out portions of the fencing; trimmed, pruned, mowed and planted grass seed; removed an old swing set from the play area; and built a new sandbox feature, among numerous other tasks.

UM tennis team member Emily Hafner said she and her teammates were working together to finish larger tasks like digging the swing set poles out of the ground.

“We’ve tried our best doing everything that we could,” Hafner said. “We’ve overcome every challenge together as a team.”

City Clerk and Treasurer Steve Gilbert said the improvements, coupled with the park’s new restroom facilities, will make it more accessible and attractive to Montevallo’s residents.

“One reason we built the restroom was to make the pavilion and the park more rentable for family reunions, birthday parties and public gatherings,” Gilbert said. “The second part of that goal is to get the playground cleaned up, get it back in good operational condition, create some green space, give the park a facelift and bring it back to where more and more people want to use it.”

In the midst of their work during the MLK Day of Service, the group also talked about plans for Phase 2 of the project.

“Phase 2 will initiate a large majority of the building projects,” Johnson said. “Phase 1 was just to be able to get it started, get the community out here and involved, let them know that we’re here, let them know that the future phases of the project are going to involve really committing to revitalize the park in terms of updating features, and letting them know that there are other opportunities besides raking and shoveling.”

District 3 Councilmember Kenneth Dukes described the project as a “game-changer” for the city in terms of promoting unity.

“It’s working in each other’s community to help make it better,” Dukes said. “I’m excited about not only what we’re doing today, but also the fact that this is just Phase 1 of many phases to improve not just this area but other areas. I think as it grows, you’re going to have so many more people coming out to support and make things happen.”

Johnson said the idea at the core of The Mission Continues projects like the one at Dailey Park is to encourage service leadership.

“You’re serving while you’re learning,” he said. “It’s not so much about what you’re doing as much as it is about teamwork. That’s kind of the essence about service leadership; teamwork and collaboration is what drives the success of the project, rather than one person.”

And for Johnson, learning service leadership through The Mission Continues was his way out of homelessness in 2015.

“They gave me a fellowship opportunity to help learn how to become a great volunteer and organize and create this for other people to build and grow,” Johnson said. “There is actually a volunteer and program support curriculum they continue to facilitate and address. The learning never stops.”

Johnson said the next service day at Dailey Park is scheduled for Saturday, May 28.

For more information about The Mission Continues, visit Missioncontinues.org.