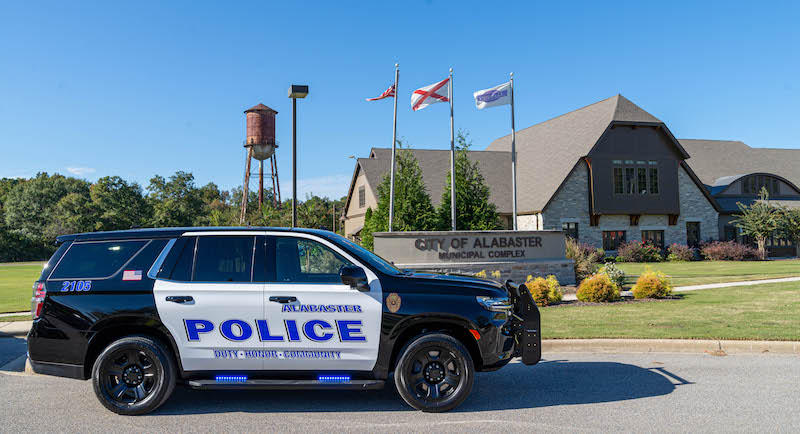 The city of Alabaster has been named one of the safest cities in the state by a recent report. (For the Reporter/Neal Wagner)

ALABASTER – For a third consecutive year, the city of Alabaster has been named one of the top three safest large cities in Alabama, beating out 13 other cities in a recent study.

The rating comes from Elite Personal Finance, a network of industry experts that provide financial advice on a range of topics, including the safest communities for potential investors and homebuyers.

Of the recognition, Public Relations Manager Neal Wagner said being named one of the safest large cities in Alabama serves to confirm the incredible work that the Alabaster Police Department does every day for the city’s residents.

“The Alabaster Police Department has done a tremendous job with taking a proactive approach toward keeping our community safe,” Wagner added. “The department has a high level of support from the community and city leaders, and the officers’ efforts allow us to enjoy an outstanding quality of life here in Alabaster.”

As part of the criteria, the company extracted the latest data from FBI crime statistics in the United States and created a safety score based on the total number of violent crimes in a particular city as well as the city’s total population.

The company has made a detailed analysis of cities throughout United States and narrowed the results according to population segments:

Alabaster was named best among cities in Alabama with over 30,000 residents.