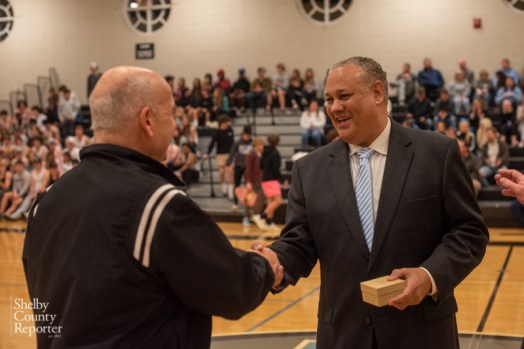 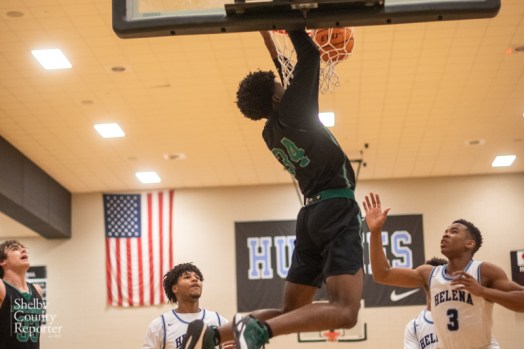 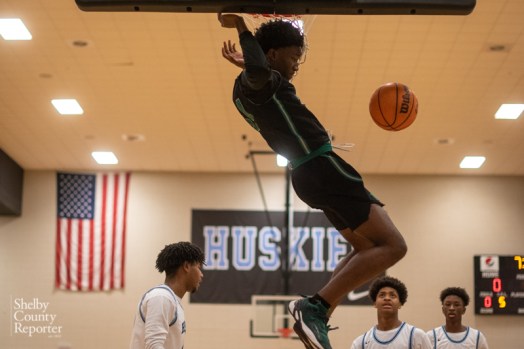 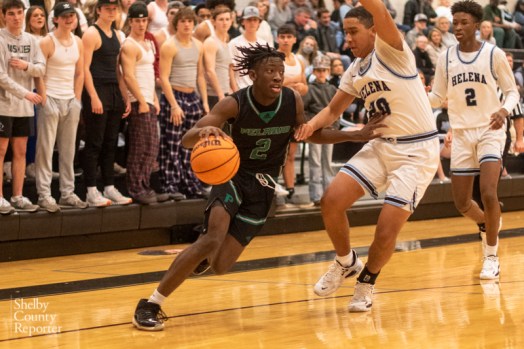 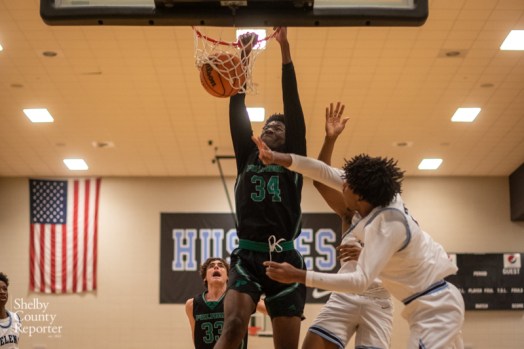 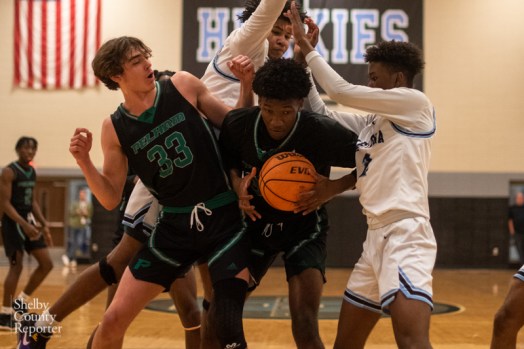 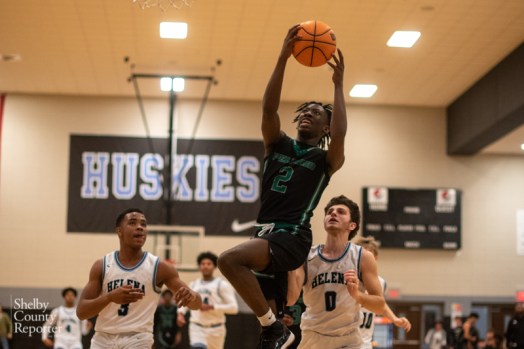 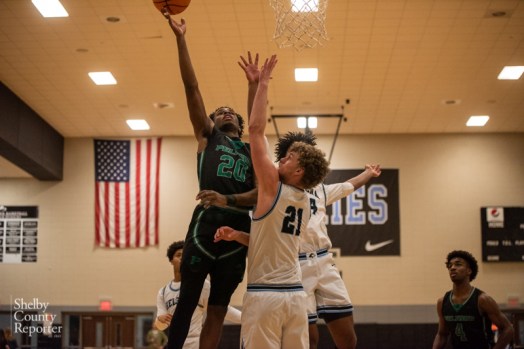 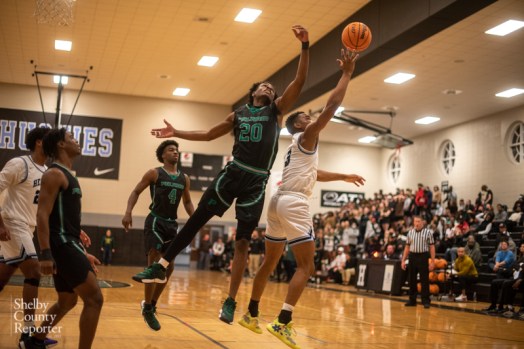 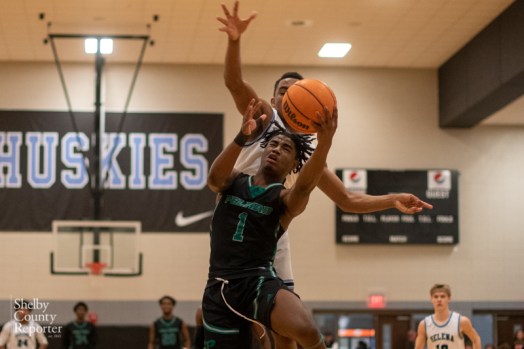 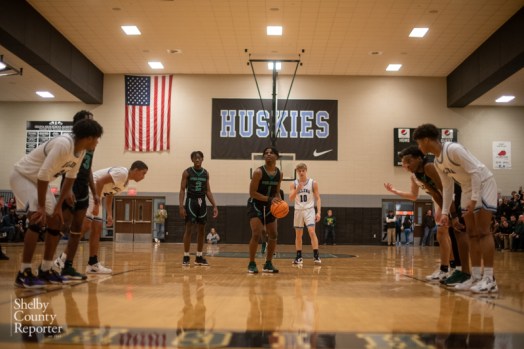 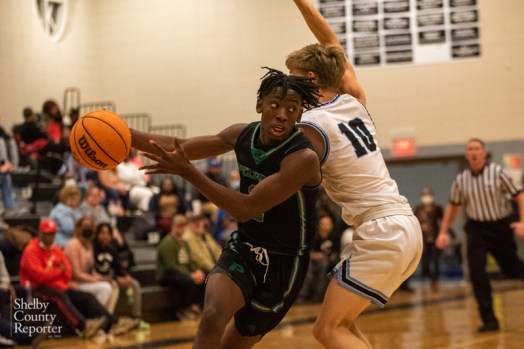 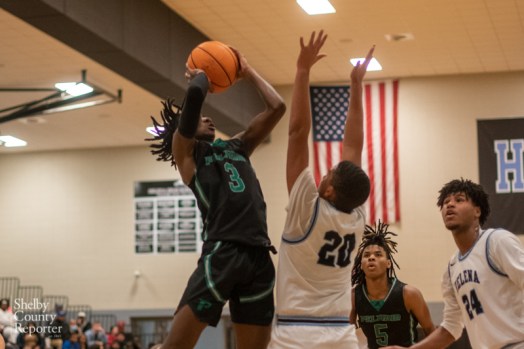 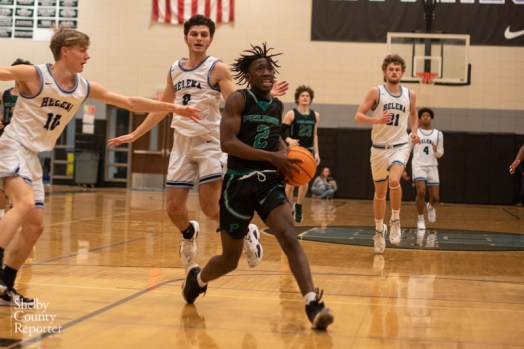 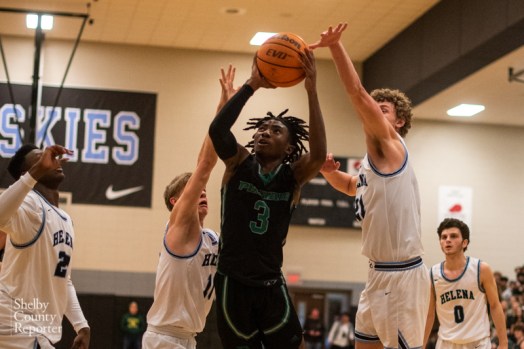 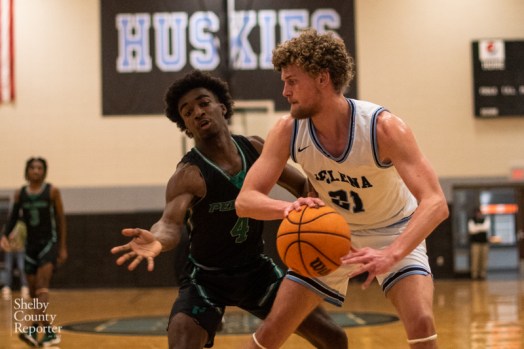 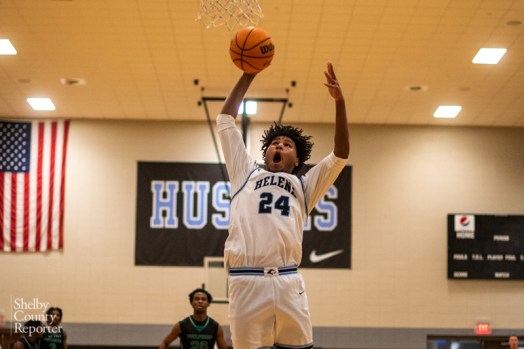 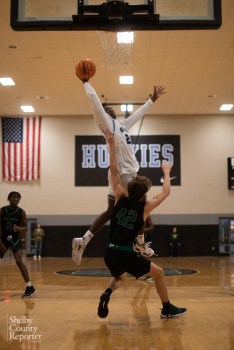 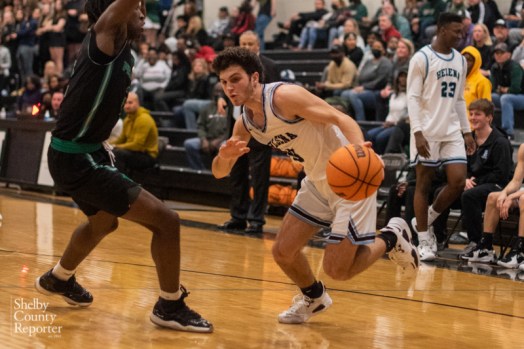 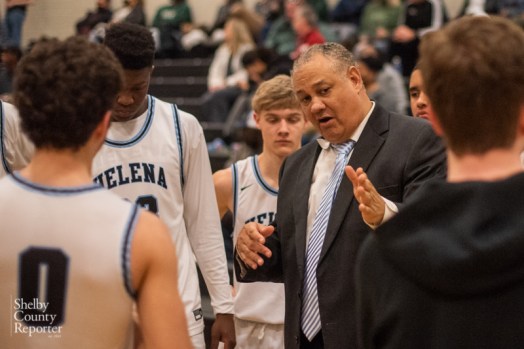 HELENA – Behind 11 scorers and several stretches of showing off their speed in transition, the Pelham Panthers created separation from rival Helena in a road area win on Tuesday, Jan. 25.

The Panthers were never in danger of the loss after their first early run, pulling away for a 64-49 victory behind 24 points from MJ Jones, 12 from Kamari Hollis and 11 total scorers in a balanced attack.

With the win, Pelham improved to 4-1 in area play, and with a Calera loss at Chilton County, that also earned the Panthers the regular-season area title and the right to host the area tournament as the one seed.

It was a track meet in the first half, as both teams sprinted up and down the court.

Out of the gate, Jordan Holloway threw down two dunks for the Panthers, including an and-1, while Ian Johnigan and Josh Williams answered with a three and a free throw, respectively.

That brought the game to 5-4 in favor of Pelham, but it was followed by the Panthers’ first big run of the opening half.

Pelham put together two made shots from Jones, two free throws from Hollis and an offensive put back for Will Lankford to open up a 17-7 lead.

Helena halted the 10-3 run with a late layup from Ethan Acosta to make it 17-9 going to the second quarter.

The Huskies then got a free throw from Acosta plus an and-1 from Jordan Washington to trim the deficit to five early in the period.

Helena answered with a free throw from Charlie Marshall, but Pelham still held a 16-point lead at the break.

The Panthers came out rejuvenated to start the second half, putting together an 8-0 run in the first two minutes behind 3-pointers from Jones and Roy Gonzelez as well as a made shot from Hollis.

At that point, Pelham had taken firm command of the game with a 41-17 lead.

Helena answered with a crucial and-1 from Washington, and eventualy trimmed the deficit back to 18 at 41-23.

But Pelham then put together another run to go back up by 23.

From there, Helena was put in its deepest hole of the game needing a big response to finish the game, but Pelham was able to take a 51-30 lead into the final quarter after a buzzer-beating 3-pointer from Jones.

The Huskies did have one final push in the fourth quarter thanks in large part to Jacob Satterfield.

He scored 10 points in the period, including two 3-pointers and a 4-6 mark from the free throw line, to total all of his points for the game.

The Huskies also got five from Ethan Acosta in the period, as those two combined for an 11-3 start to the final quarter.

From there, however, Pelham responded by making five of seven free throws to close out the dominant win.

Behind Jones and Hollis, Lankford chipped in eight as the third-leading scorer in the game.

Helena, who fell to 2-3 in area play, was led by 13 from Jordan Washington, while Acosta and Satterfield each finished with 10.