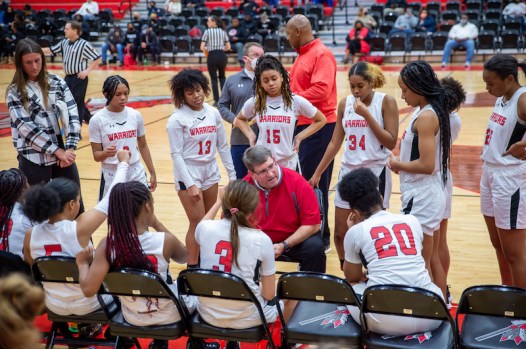 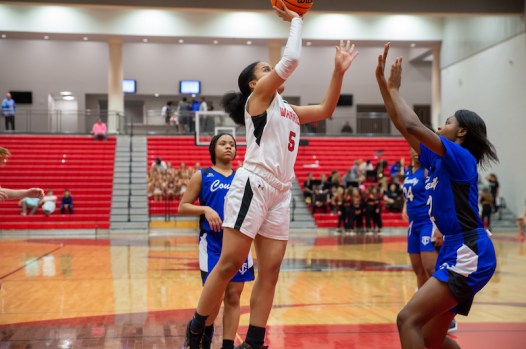 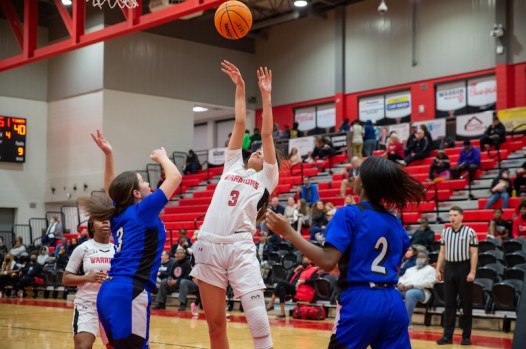 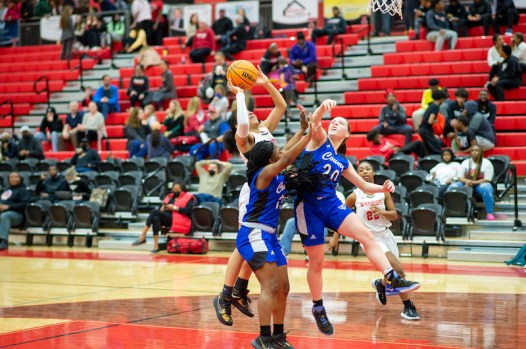 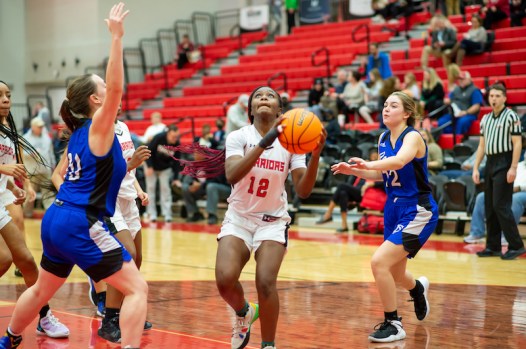 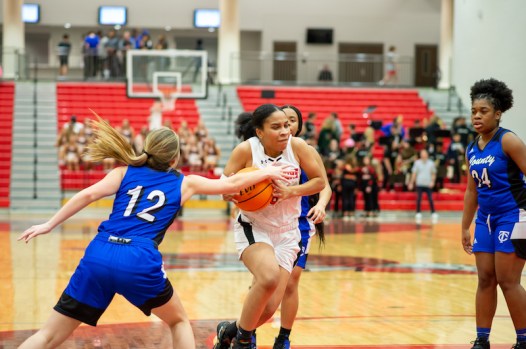 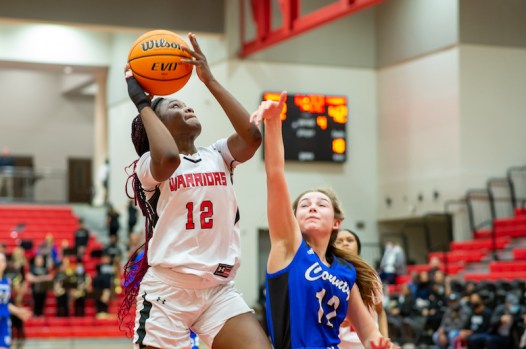 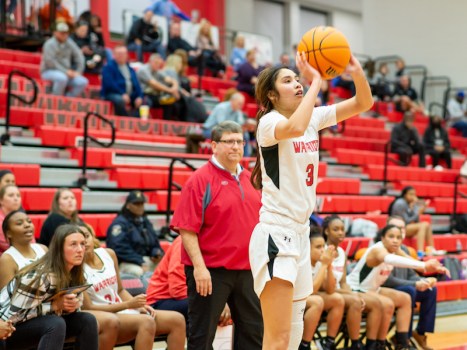 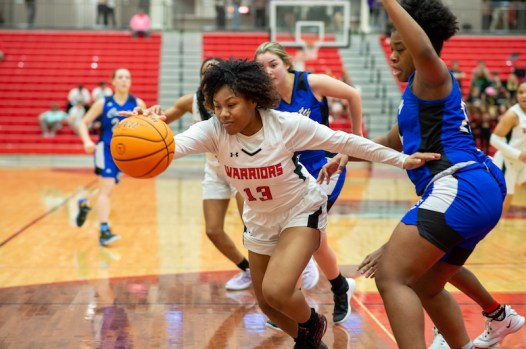 ALABASTER – Trying to earn her team the two seed in this year’s area tournament, Alecia Reasor helped the Thompson Warriors take a four-point deficit going to the final quarter into a nine-point victory on Tuesday, Jan. 25.

Taking on Tuscaloosa County at home, the Warriors trailed 38-34 going to the final quarter, but Reasor willed her way to five made baskets and a 3-4 mark from the free throw line to score 13 of her 23 points in the quarter.

That helped the Warriors total 19 points in the quarter, as Dasia Huynh, Terin Haynes and Zyon Gaiters all scored in the quarter.

In addition to that, Thompson’s defense as a team made a difference down the stretch, as the Warriors paired strong offensive play with a hounding defense that gave up just six total points in the final quarter.

With the shift in momentum, the Warriors were able to pull off a 53-44 comeback victory for their third area win.

Thompson trailed at the end of every quarter for the first three period of actions, but they remained within striking distance each step of the way, starting with the first quarter.

The two teams actually matched one another on made shots with four each, but two from beyond the arc for Tuscaloosa County gave the Wildcats a one-point advantage going to the second quarter.

Up 10-9, the Wildcats then put together their best offensive quarter of the game in the second quarter with 16 points from seven different players, including two more 3-pointers.

Thompson reached double digits in the quarter, scoring 12 points, including five from Reasor, but the big quarter from the Wildcats helped them extend the lead to six points at 27-21 going into the half.

After some halftime adjustments, however, the Warriors were able to start shifting the momentum in their favor in the third quarter.

Outscoring Tuscaloosa County 13-12 in the period, the Warriors trailed 38-34 going to the final period with the missed free throws being the only obstacle keeping them from the lead.

That swiftly changed in the final quarter thanks to Reasor going 3-4 from the line in addition to her five field goals, while the team made seven total free throws in the quarter.

That was more than enough to help Thompson complete the 53-44 comeback victory.