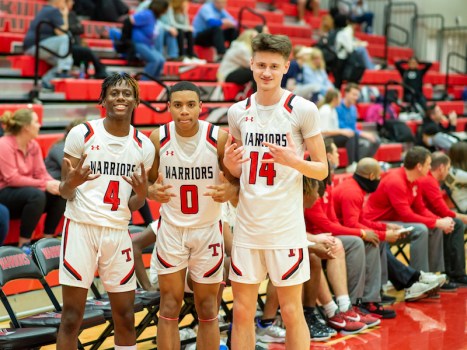 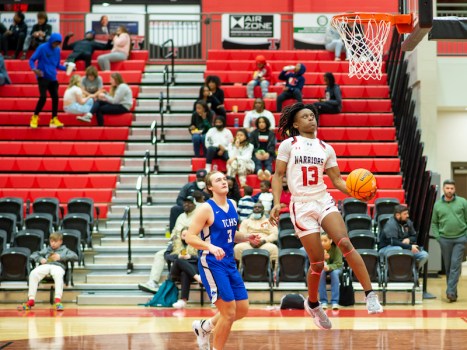 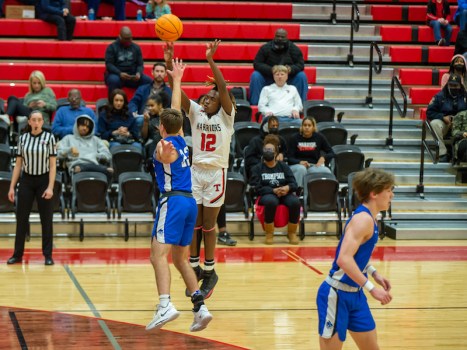 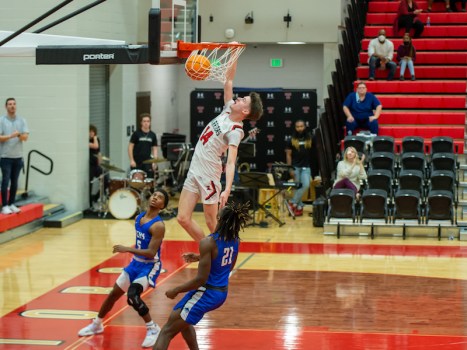 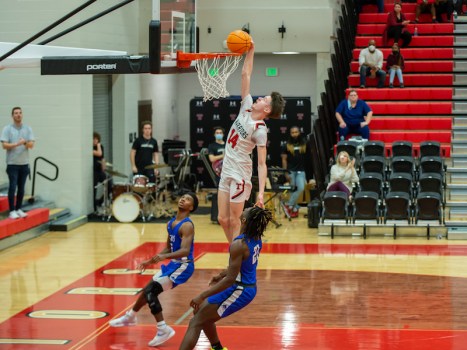 Thompson picked up a 52-39 victory against Tuscaloosa County on Jan. 25 behind 17 points from Jose Gonzalez. (For the Reporter/Larry Dancy) 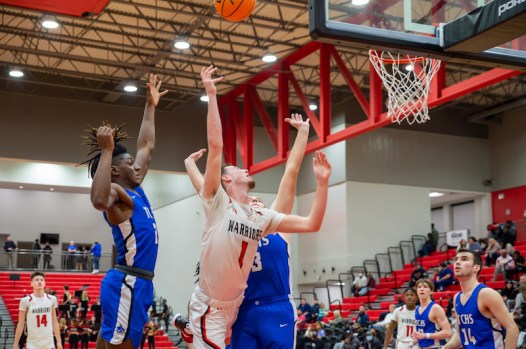 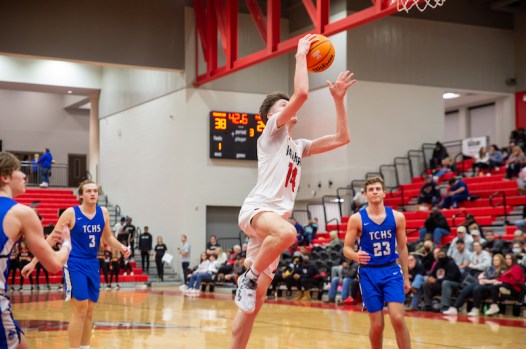 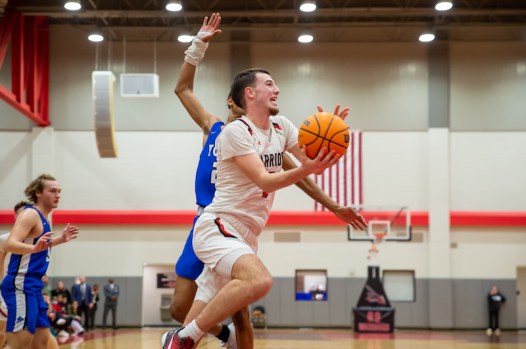 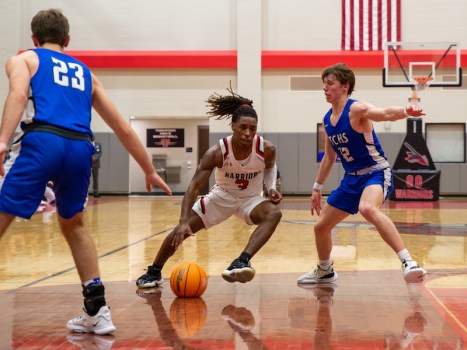 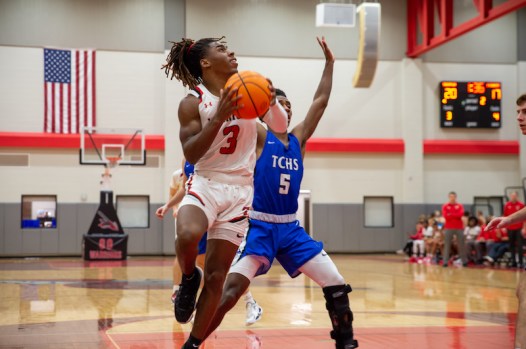 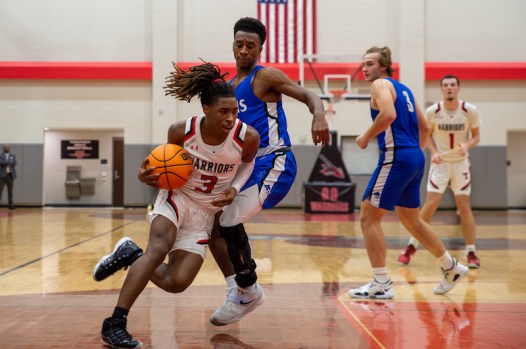 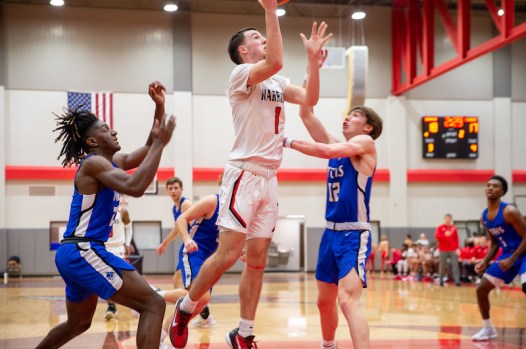 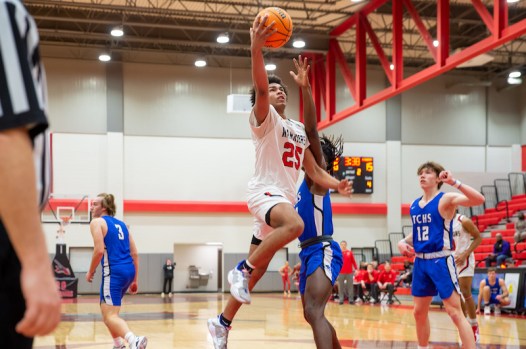 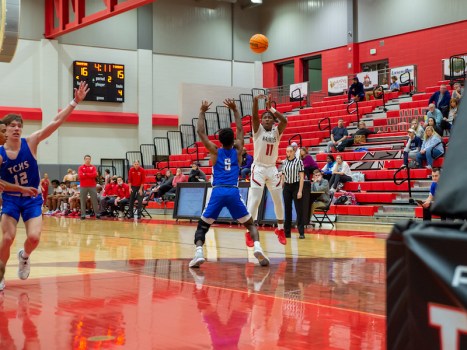 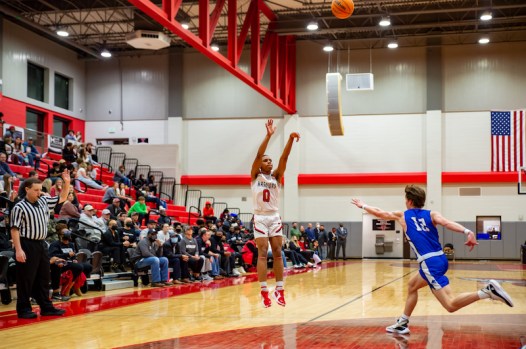 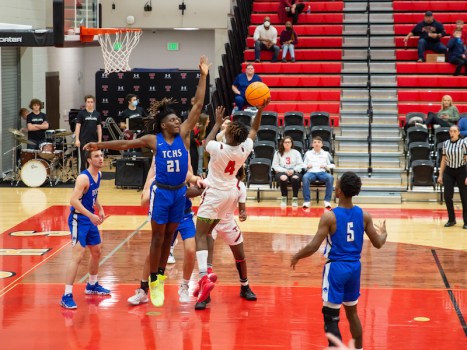 ALABASTER – An impressive middle two quarters of the game helped the Thompson Warriors pick up their third area win of the season at home on Tuesday, Jan. 25.

The Warriors, who held a narrow one-point lead at the end of the first quarter, turned up the defensive pressure in the second quarter to take an eight-point lead into the half, before then scoring 17 in the third quarter to create separation en route to 52-39 victory.

With the win, Thompson improved to 3-2 in area play and a three-way tie for the top spot in the area ahead of their final area game on Friday, Jan. 28 at Oak Mountain.

The opening quarter against the Wildcats, however, was a back-and-forth battle.

Jose Gonzalez started an impressive night for the Warriors with three field goals in the opening quarter, while three others helped play a part in 13 points.

That was good enough for the early lead, but only by one point thanks to the Wildcats having answers, including two 3-pointers and five different scorers.

The second quarter, however, is where Thompson started to show what was possible.

The Warriors held Tuscaloosa County to five points on two made shots in the quarter, which allowed the offense time to create some separation. They capitalized behind 12 more points, including two from beyond the arc and five total from Carson Pringle.

With that, Thompson extended its one-point advantage to a 25-17 lead at the half.

Following that impressive second quarter by the defense, the offense continued a consistent effort in the third quarter, putting together its best quarter of the game on that end of the floor.

The Warriors got six more from Gonzalez, while Wesley Roberston poured in six as well thanks to a field goal and a 4-4 mark at the free throw line.

Those two scored 12 of the 17 in the quarter for Thompson in the third.

Tuscaloosa County was able to remain within striking distance thanks to four made three pointers, but the Wildcats were still outscored by five, as Thompson took a 42-29 lead into the final quarter.

After Gonzalez added two more field goals in the fourth, it became about the Warriors closing the game out at the free throw line.

They did just that, making seven of their 10 from the line in the quarter to finish off the 52-39 victory.

Gonzalez led Thompson with 17 points in the win, while Roberson added eight. Pringle and Justin McKnight each added six in a game that saw 10 Thompson players score.