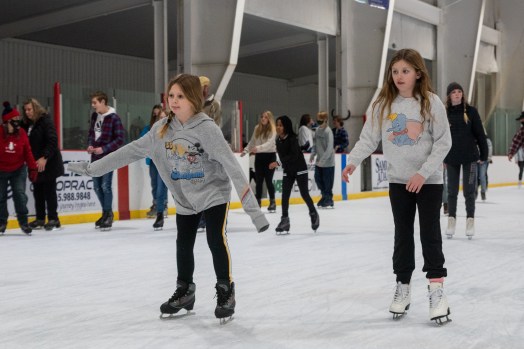 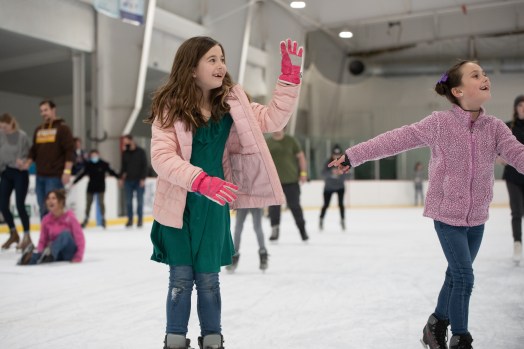 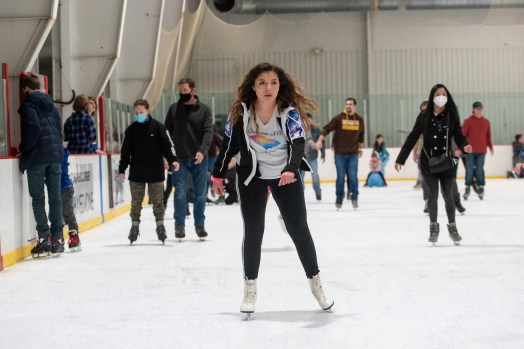 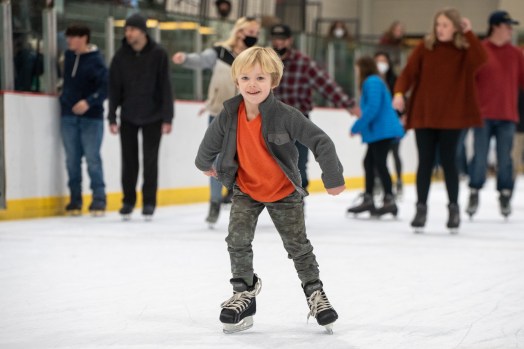 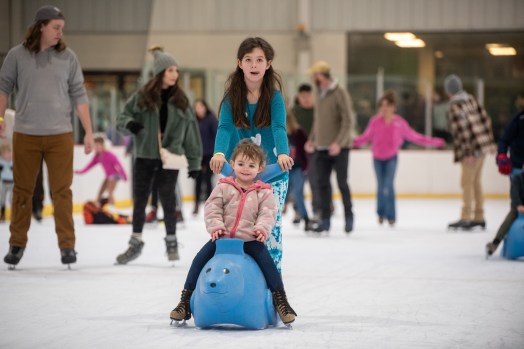 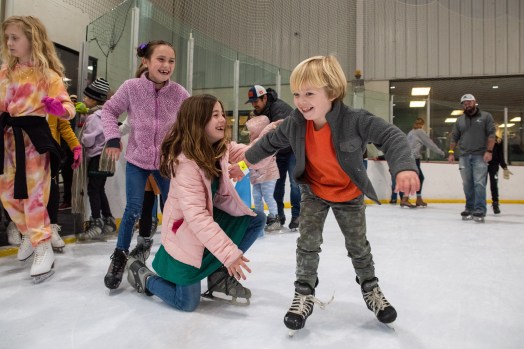 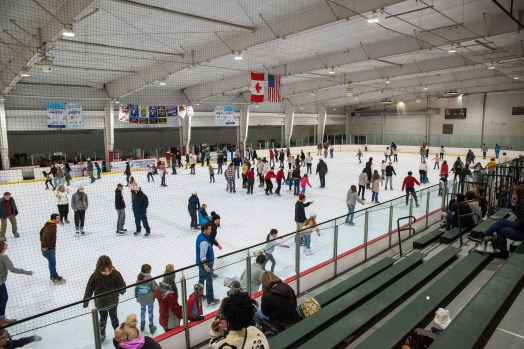 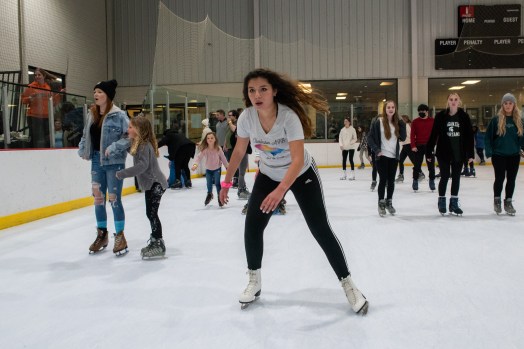 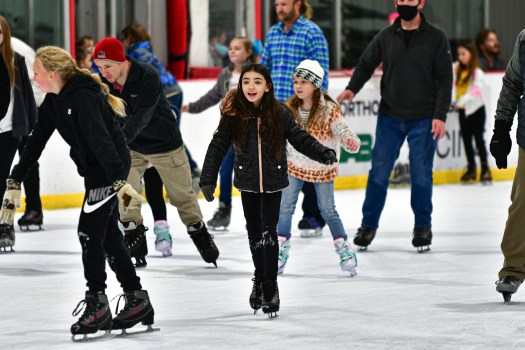 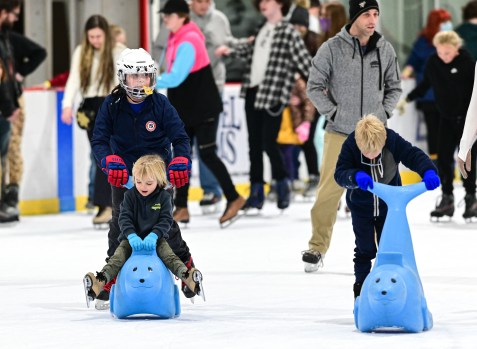 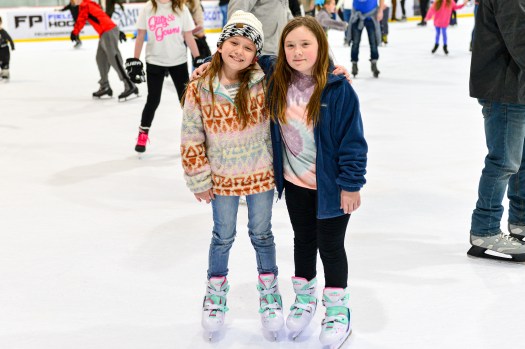 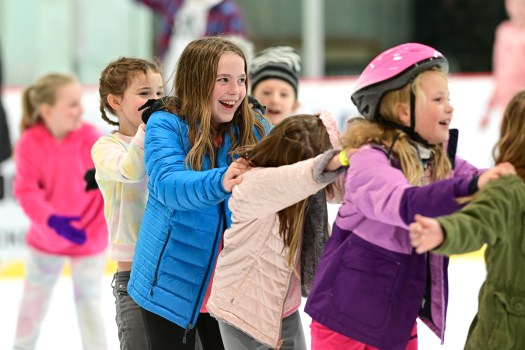 PELHAM – On Monday, Jan. 24, Pelham Mayor Gary Waters declared Sunday, Jan. 30 as Get Out and Skate Day in observance of National Skating Month.

Waters encouraged members of the public to attend the various programs the Pelham Civic Complex and Ice Arena offers through its figure skating classes and public skate days.

“Not only does skating bring people of all skills together, but it also has great health benefits,” Waters said. “The American Heart Association said that skating is one of the top exercises for heart health, and the Pelham Skating School is hosting a free exhibition of solo, group, theater on ice skaters and free public skate and skating lessons in honor of National Skating Month at the Pelham Civic Complex and Ice Arena.”

Families flocked to the ice arena this past Sunday to warm up for Get Out and Skate Day at the arena’s public skating time.

Susie Gray, director of the Pelham Skate School, said National Skating Month and Get Out and Skate Day welcomes people of all skillsets to learn the basics of skating from professional instructors in a fun-filled environment.

“Here’s the thing, so many opportunities come out of figure skating,” Gray said. “Our skaters learn so much more than a beautiful sport. Our skaters learn time management, are focused, and learn how to work hard. From a young age they learn the lessons of both winning and losing – and how both are important.”

National Skating Month, now in its 21st year, invites 750-member clubs and more than 1,000 registered Learn to Skate USA programs to reach out to new members in their region by offering a day of skating from professionally trained instructors across the United States. From its inception in 2002 through 2005, the program was offered as National Skating Week, but it was expanded to allow clubs additional time to promote the sport to new skaters in 2006. The goal of National Skating Month is to increase awareness and participation in the U.S. Figure Skating programs and Learn to Skate USA.

The theme of 2022 National Skating Month is The Next Century of Skating Starts with YOU and features inspirational images and messaging centered around achievement and participation within the sport of figure skating.

“Sports like figure skating are vital to the community,” Gray said. “Skaters of all ages, backgrounds, and groups are welcome on the ice. We offer something for everyone. We even have some parents that take lessons after their children start so they can do this sport together. We have several siblings who skate together, and it becomes like a second family. We have fun events for skaters and their families to attend, like our Halloween Club Ice and Trunk or Treat and monthly Club Ice events organized by the Birmingham Figure Skating Club junior board.”

Pelham Skate School, in conjunction with the City of Pelham, Pelham Civic Complex, VenuWorks of Pelham, Birmingham Figure Skating Club, Learn to Skate USA, and US Figure Skating is hosting a free exhibition of solo, group, and theater on ice skaters from 2:30 – 3:15 p.m., and a free public skate and skating lessons from 3:30 – 5:15 p.m. in honor of National Skate Month on Sunday, January 30, 2022 at the Pelham Civic Complex and Ice Arena.