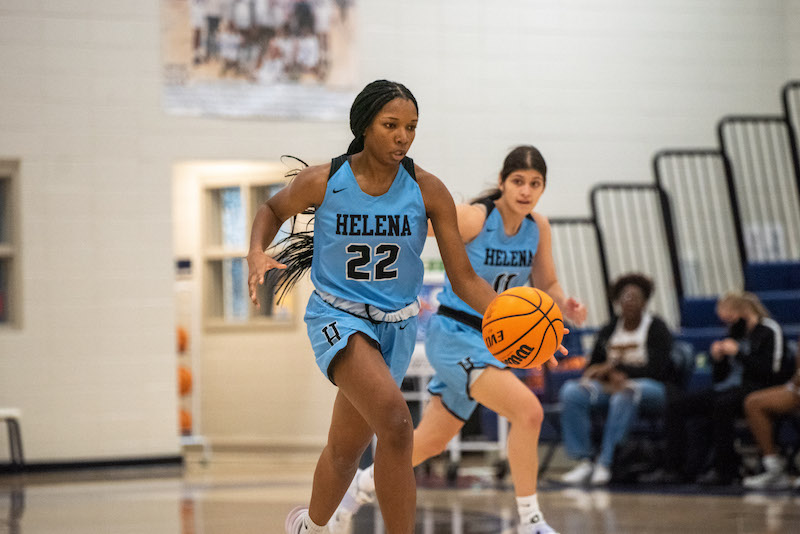 Helena’s girls basketball team finished area play 4-2 in the regular season thanks to a 49-33 victory against Chilton County on Jan. 28. (File)

CLANTON – When it was needed most, the Helena defense stepped up to help the Huskies close area play in the regular season with a 49-33 victory against Chilton County on Friday, Jan. 28.

On the road, the Huskies limited the Tigers to four points or less in two of the four quarters to help create separation, including in the clutch.

Leading 38-29 going into the final quarter, Helena closed the game out by giving up four points in the fourth.

It was the second time in the game the Huskies bounced back from giving up double digits in the quarter before to giving up four or less.

In the opening quarter of the game, the two teams looked evenly matched, which led to a compelling battle and an 11-11 tie at the end of the period.

But the Huskies responded in a big way on the defensive end of the floor. The 11 points given up in the first quarter wasn’t a bad mark, but the three-point second quarter set the tone and helped Helena open up a 10-point advantage at the break.

Those three combined to score 41 of the team’s 49 points in the win.

Their ability to get to find room, get to the rim and finish ultimately led to a consistent effort on the offensive end of the floor, which Chilton County struggled with.

The Tigers did bounce back to start the second half thanks to 15 points in the third quarter, but Helena was just behind with 14 points, maintaining a nine-point advantage going to the final quarter.

Chilton County then couldn’t string together back-to-back good offensive quarters, as Helena held the Tigers to four points in the fourth quarter and posted 11 more to finish off the 16-point win.

Johnigan led the way for the Huskies with 18 points, nine rebounds and three assists. Scott finished just behind with 13 points, while Nobles chipped in 10 points.