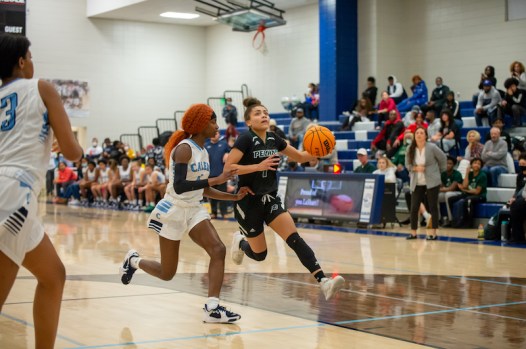 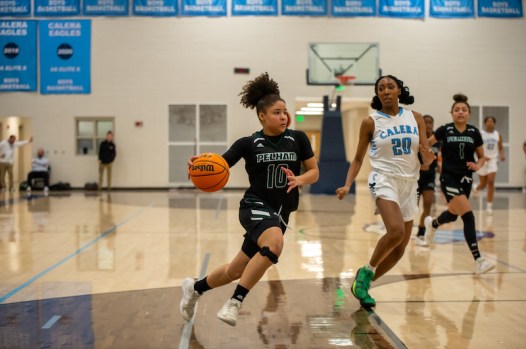 Pelham’s girls basketball team closed out a perfect record in area play on Jan. 28 by taking down Calera 66-40 on the road. (For the Reporter/Larry Dancy) 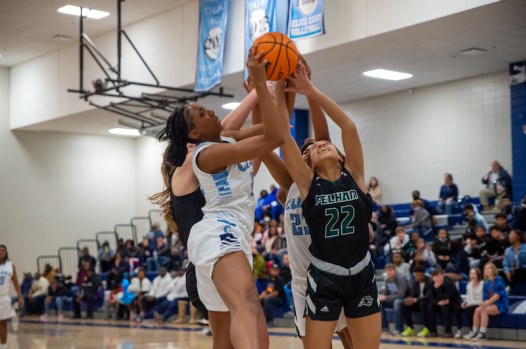 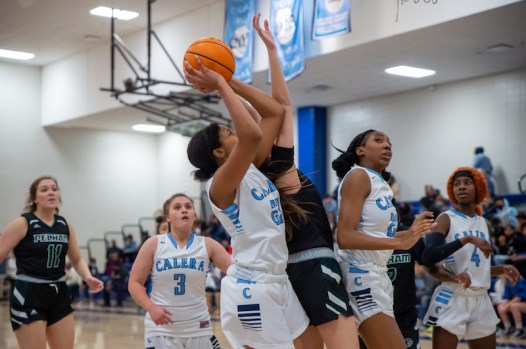 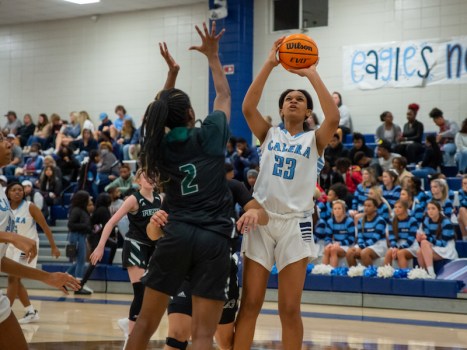 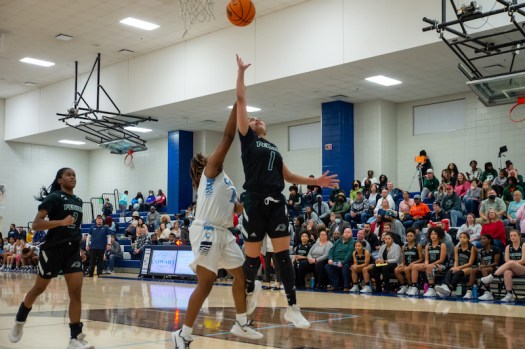 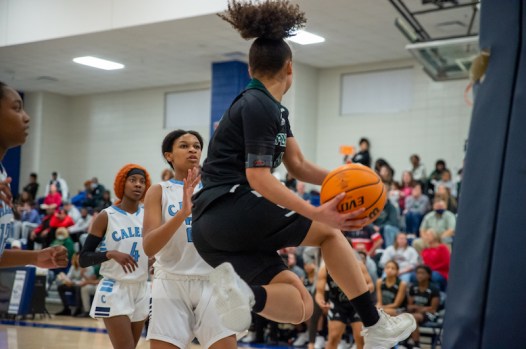 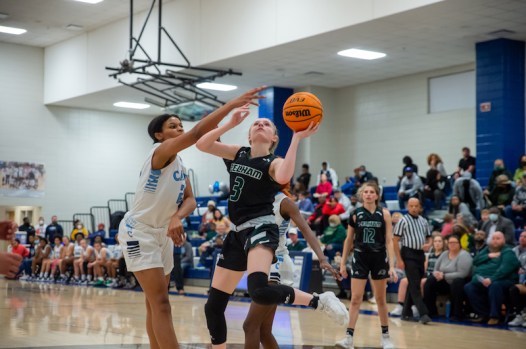 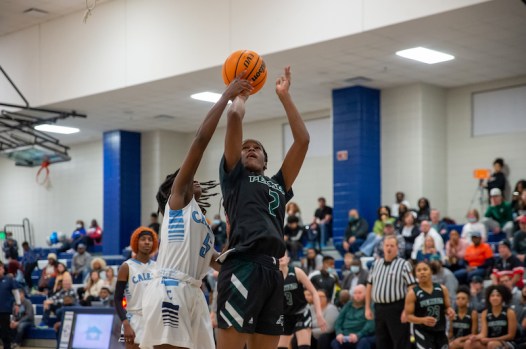 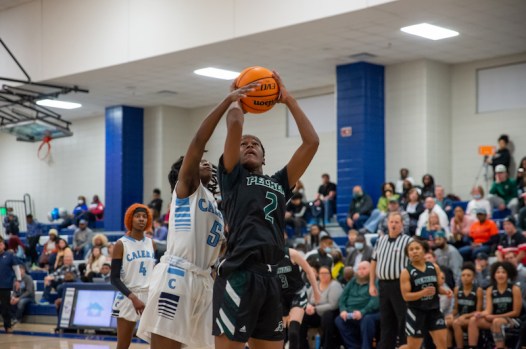 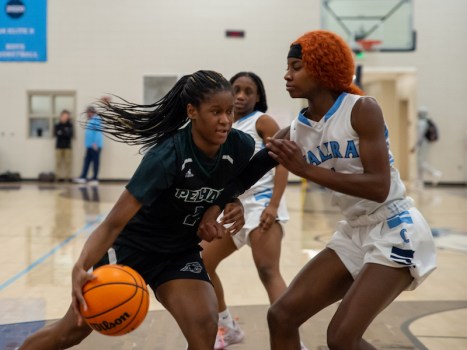 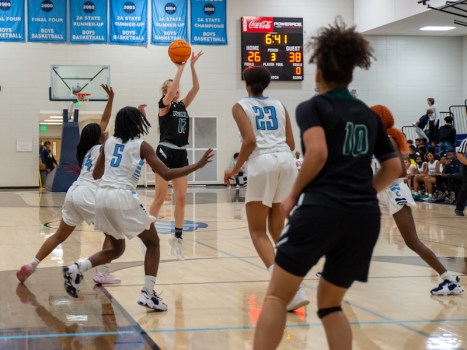 Taking on the Eagles on the road, the Panthers, who had already looked up the regular-season area championship, were still determined to finish off the undefeated area record.

That showed by the determination of both Myriah Tate and Laci Gogan, who couldn’t be stopped. The two guards combined for 41 of the team’s 66 points in a 66-40 victory.

They were just part of the storyline, however, as the Panthers pulled off another stellar defensive showing and had eight players score in the win.

In the opening quarter, Tate and Gogan got their hot nights started with Tate pouring in 12 points on five field goals and two free throws, while Gogan added eight points on two 3-pointers and a field goal.

In addition to those two, Savannah Scarbrough added four points, while Jaslyn Heflin and Niles Daniel each had two.

That, combined with the defense giving up eight points, helped Pelham take early control of the game with a 28-8 lead out of the gate.

The second quarter, however, was a different story.

In the only flawed quarter of the night for the Panthers, Calera flipped the momentum with an 18-point quarter behind at least four points from three different players.

The Eagles also held Pelham to eight points, erasing 10 points off the 20-point deficit to go into the half down 36-26.

But Pelham rebounded in a big way to start the second half.

The Panthers came out and scored 20 points in the third quarter, making 13 of their 20 free throws.

They also got back to their defensive ways, limiting Calera nine points to completely make up for the second quarter and extend the lead to 56-35 going to the final quarter.

From there, the Panthers turned to their defense to close the game out, giving up five points in the third quarter and scoring 10 to ice the 26-point win.

Behind Tate and Gogan, Scarbrough finished in double figures as well with 11 points.

Calera was led by Kaylen Moultrie with 14 points in the loss, while four others finished with five or more.