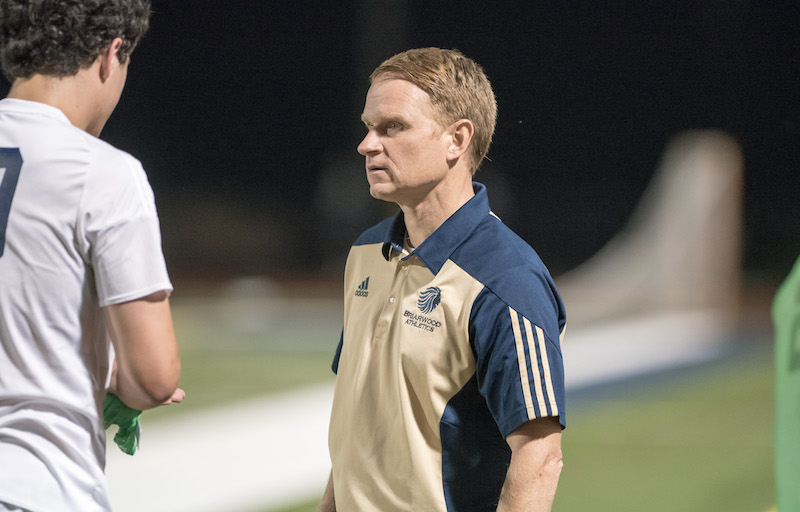 Briarwood Christian School’s Upper School has been hit with recent backlash from parents, teachers and students who were shocked at the announcement that current Principal Dr. Shawn Brower’s contract wasn’t renewed. (File)

It has become more apparent over the last week that Briarwood Christian School Upper School Principal Dr. Shawn Brower is being forced to step down from his position at the end of this school year.

That was no more evident than the 48-hour span between Jan. 28-30 when conflicting statements were made from the church, a response was made from Brower, a rally was held in his support and several sources admitted to as much after being kept in the dark.

It’s a sad situation for one of the top schools in the state, private or public, and it’s one that needs more transparency involved.

At this point, however, it seems things may be beyond repair for both sides involved.

So far, the only explanation given as to why Brower wouldn’t be back for the 2022-2023 academic year was because he didn’t submit his intent to return form.

The Transition Team, which has been formed to oversee the changes with Brower and Superintendent Stephen Steiner, who also stepped down last week, originally said Brower’s intent to return form was not received.

A day later, on Sunday, Jan. 30, they backtracked in a letter from Pastor of Board Directed Ministries Jim Alexander.

He sent a letter to parents apologizing for inaccurate information, admitting Brower’s intent to return form was received, just on Jan. 19 rather than Jan. 14, which the letter said was the original deadline date.

If his letter was late, or you had one without a name on it, you would think after six years of Brower leading the school, someone would pick up the phone and at least ask if he plans to return for the next school year.

After backtracking from their original letter to parents on Saturday, no additional reason has been given by Briarwood for Brower’s contract not being renewed.

What is right is at least admitting they perhaps don’t agree with how he has handled something or the way he is running the school and that they have a different vision.

Many still wouldn’t agree, but that is better than getting caught in a lie, which is a bad look for a school built on Christian principles.

And if they didn’t know this kind of backlash was coming, then that presents a far worse problem, because it means they didn’t pay attention to what Brower has meant to the school before making such a big decision.

I have received several phone calls from people baffled about the decision, a petition has been started with more than 2,000 signatures wanting the decision to be made, chants of his name broke out at a Jan. 28 basketball game against rival Chelsea and a rally was held at Veterans Park on Sunday, Jan. 30 in support of Brower.

That is because to those impacted by him on a daily basis, they have seen the passion he pours into leading the school and doing so through his faith.

Brower has been transparent in his time at Briarwood, taking initiative during the COVID-19 pandemic to deliver gift bags to graduating seniors in 2020 alongside teachers and other administrators, while he has turned into a father figure for many on the soccer field as the boys soccer head coach, leading the Lions to the state championship game three years in a row and a title in 2019.

Since news was confirmed of his departure, set for the end of the school year, there hasn’t been a bad word said about him, which is what has made it even more confusing.

If there is something the rest of us don’t know, then it is up to the school to clear that up, but right now, there is a lack of transparency that needs to change.

Otherwise, it will be extremely difficult for the students, teachers and parents to get on board with whoever steps into the role next.

This is an opinion column by Alec Etheredge. You can reach him at 205-669-3131 or by emailing alec.etheredge@shelbycountyreporter.com.