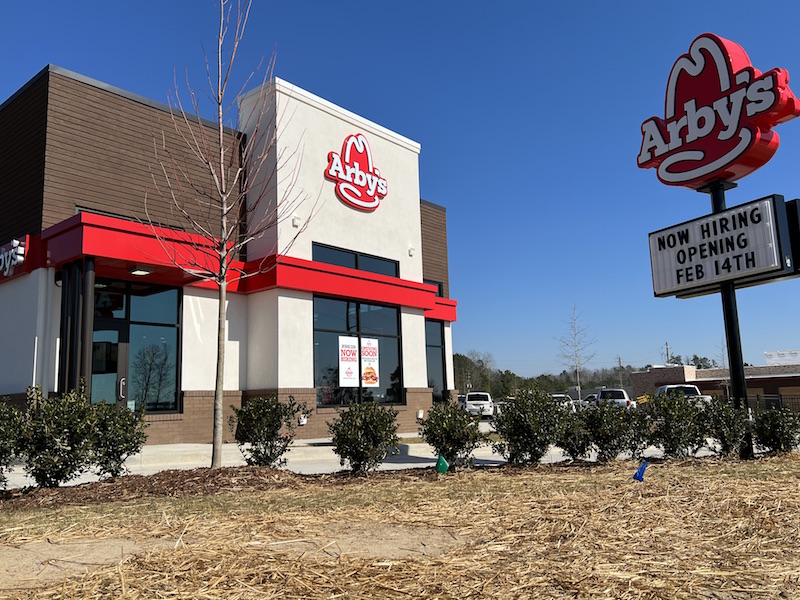 The Chelsea Arby’s is set to open Valentine’s Day, Feb. 14, as the first of two neighboring restaurant additions to the city. (Reporter photo/Alec Etheredge)

CHELSEA – The first of two new neighboring restaurants in Chelsea is set to open on Feb. 14.

Located next to Tractor Supply and what will eventually be a Buffalo Wild Wings, the 2,600-square-foot building is expected to bring on 25 new employees and is opening close to a year after the two new restaurants were announced.

The announcement of the restaurants came from Southern Wings Inc., who shared in March 2020 that they planned to open the two next to each other just off U.S. 280.

It marks the first Arby’s location through Southern Wings Inc. 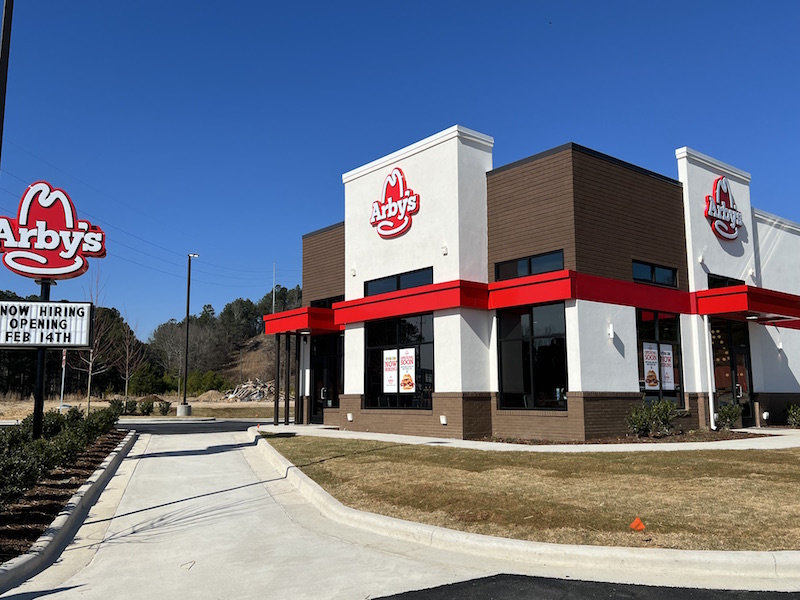 “We have operated the Buffalo Wild Wings in the Central Alabama-Birmingham area since 2002. We currently operate eight stores, and the Chelsea store will be our ninth store,” Tim Spencer with Southern Wings Inc. said. “We have also recently signed a deal to expand to another brand, into Arby’s, so Chelsea will be our first Arby’s restaurant.”

Mayor Tony Picklesimer announced the pair’s plans in his report at the Chelsea City Council meeting on Tuesday, March 16, 2021.

“I’m so appreciative of their desire to be in Chelsea and be a part of our city,” Picklesimer said. “We could not be more excited about them coming. We really look forward to them being here and are happy to partner with them on the project.”

The original plan was for both restaurants to be open last fall at the earliest and by the end of 2021 at the latest, but as most construction projects have experienced, delays were caused due to supply shortages.

Spencer and partner Sterling Barbour said Chelsea’s fast growth and proximity to the 280 corridor were factors in their interest in bringing the new restaurants to the city.

“We believe that it is going to continue to grow at a very rapid pace, and we’re just excited to be a part of the community,” Barbour said. 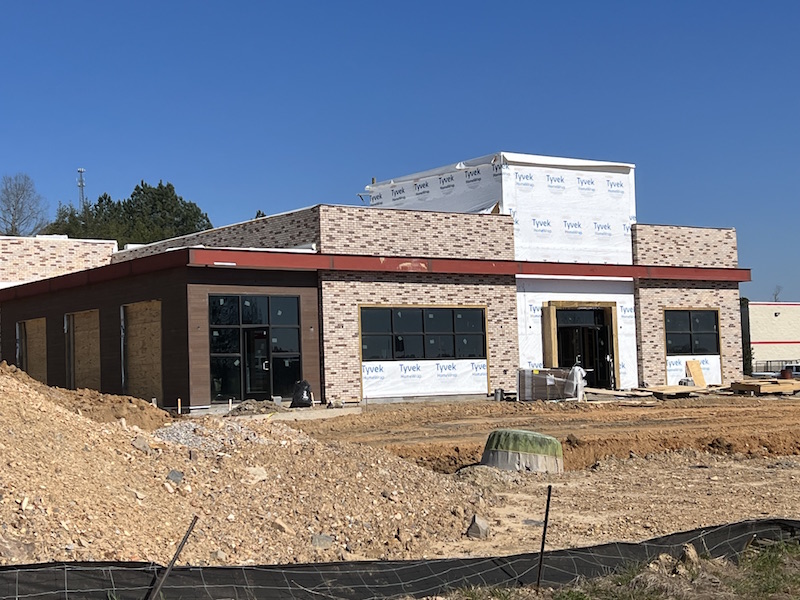 The Buffalo Wild Wings has also made significant progress, and while an opening date hasn’t been announced, it is expected to open soon.

Spencer likened their debut in Chelsea to the construction of the Buffalo Wild Wings location in Alabaster’s Promenade shopping center in 2006, and said they plan to give back to the Chelsea community by helping local schools and groups with fundraising and other efforts.

“We are a national brand, but we’re not a corporate Buffalo Wild Wings coming in,” Spencer said. “We are a hometown national brand. We will do anything to help out the community.”