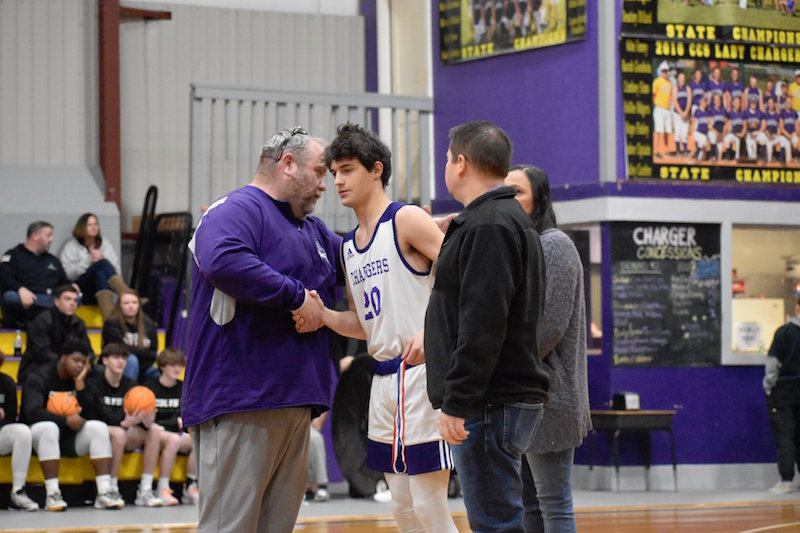 COLUMBIANA – Celebrating senior night on Thursday, Jan. 27 with a spot in the playoffs on the line for the boys basketball team, there was another milestone many at Cornerstone Christian School didn’t know about.

Taking on Hooper Academy, the Chargers pulled off a thrilling 52-45 victory, which marked the 300th win of head coach James Lee’s career on the hardwood.

“Really it was all about our seniors and all about the boys reaching the playoffs, that was our sole focus,” Lee said. “We have a really good group of guys that play for each other, and I wanted to see them reach this goal.”

And reach the goal they did.

The Chargers had an energy in the stands that was felt throughout the gym and it showed on the court as they handled business in the seven-point win to ensure a playoff spot.

The Chargers were led by the play of a few of their seniors who had a big role in the victory.

Thomas Cleckler was the top scorer for the seniors thanks to 15 points in the victory.

Warren Goodwin was also big thanks to his effort on the glass. He posted 11 boards and two points in the win, while Justus Adams added four points and seven rebounds.

Another big factor in the game was the play of junior Hunter Carden who led the Chargers in scoring with 17 points.

After the huge win, many of the players celebrated and were excited about the opportunity to move on and make a run in the playoffs, they were also excited to see their coach reach a huge milestone.

“I’ve known coach Lee my whole time here at CCS, and he has been a major influence on me,” Goodwin said. “He has taught me to work hard and see the gifts that I have but has always reminded me to keep my faith first.”

Adams also chimed in on the special occasion.

“He is a great person with high character and he deserves every bit of success he receives,” he said after the win.

The boys will play Macon East Academy to open the playoffs on Thursday, Feb. 3 at 6 p.m. 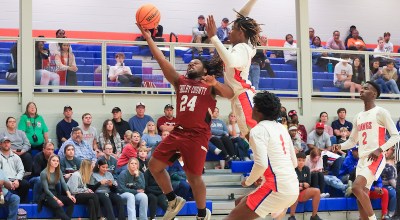