CHELSEA – The community lost a member of the Chelsea Public Library staff on Monday, Jan. 31.

Amanda Fenton, who served as the library’s assistant director, died after battling COVID-19, according to a post on the library’s Facebook page. 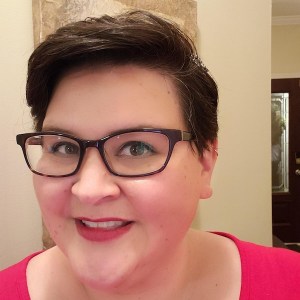 “We are very shaken by the loss of Amanda,” Children’s and Programming Director Emily Sims said at the Chelsea City Council meeting on Tuesday, Feb. 1. “She was my best friend, and I love her dearly. She will be very, very missed.”

Jane Ann Mueller, programs director at the Chelsea Community Center, said she remembers Fenton popping copious amounts of popcorn for children who had come to watch movies, only to see employees take advantage of the snack, too.

“She was a sweet spirit,” Mueller said. “She will be missed by our team as well.”

In his report, Mayor Tony Picklesimer noted Fenton’s dedicated work at the library.

“If you spent any time at the Chelsea Public Library, you know that Amanda was a huge part of it,” he said. “We just offer our condolences to her family.”

Picklesimer also thanked the many people who expressed sympathy to his family after his father, Hoyt Picklesimer, passed away in January.

“This community has reached out to my family in hundreds of different times and ways,” he said. “We were not ready to say goodbye, but we certainly know now that he is healed. I appreciate all of the kind things that have been said and done for my family in the last couple weeks.”