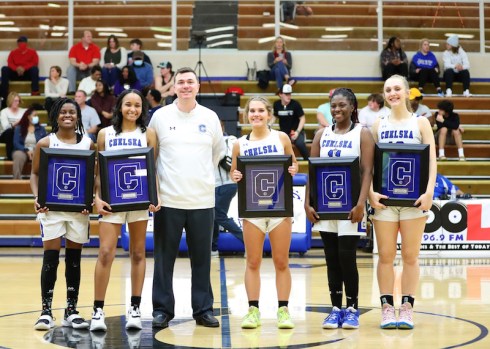 The Chelsea girls basketball team picked up a senior-night victory against rival Oak Mountain on Tuesday, Feb. 1. (For the Reporter/Cari Dean) 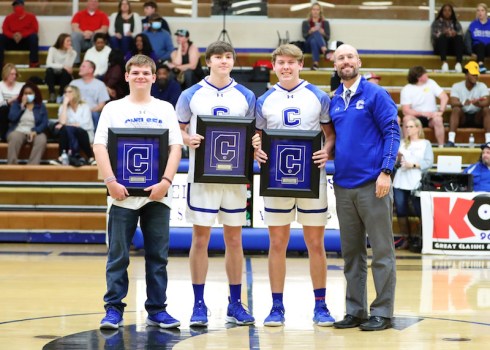 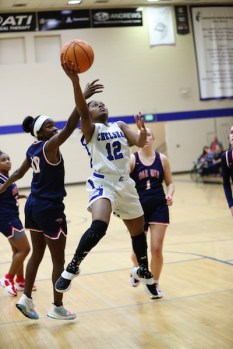 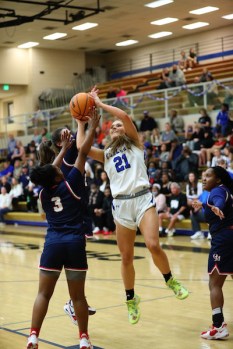 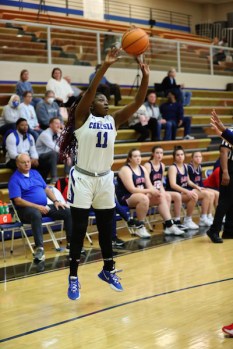 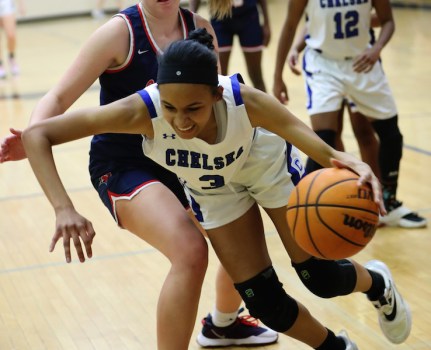 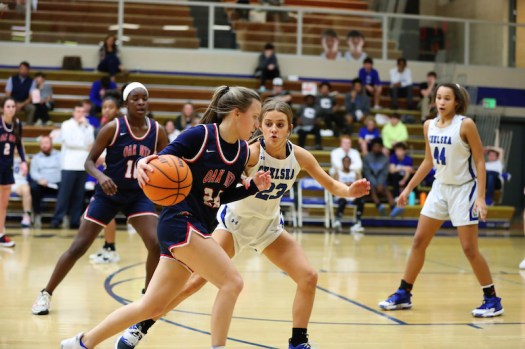 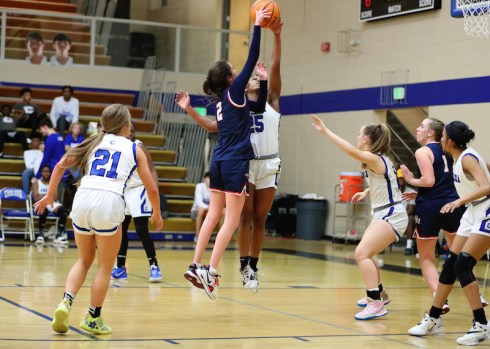 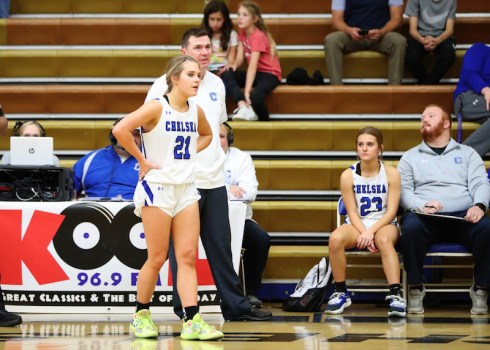 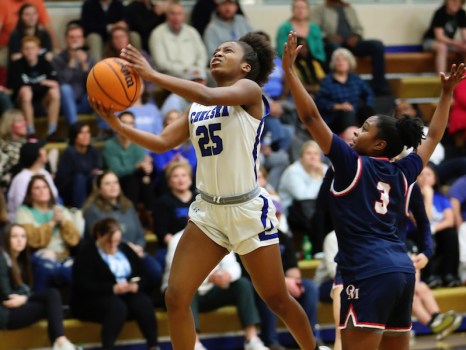 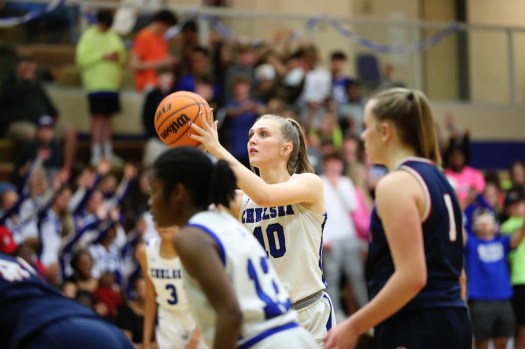 CHELSEA – The Chelsea girls basketball team got to celebrate senior night with a memorable win against rival Oak Mountain on Tuesday, Feb. 1.

Honoring their five seniors, the Hornets put together one of their best efforts of the season against the 7A Eagles en route to a 53-35 victory on their home floor.

All five seniors contributed points in the win with Ashley Washington leading the way behind 14 points on two 3-pointers, three additional field goals and a 2-3 mark from the free throw line.

They all played a part in a balanced effort that saw eight players score points in the 18-point victory.

Oak Mountain was right on the tail of the Hornets with 10 points on five field goals, but it was Bridgeman’s 3-pointer that gave them a three-point lead at the end of the opening quarter.

With the advantage, the Hornets used their defense to protect the lead and start creating some separation.

They gave up three points in the second quarter, while a consistent effort offensively continued with 13 more points, including four from Cartee and five from Haley Trotter.

That helped the Chelsea double up the Eagles and take a 26-13 lead into the half.

With that cushion, the Hornets started the second half confident and it showed.

Washington came out with her strongest quarter of the game, scoring eight points, including two 3-pointers, while Cummings added four more and Bridgeman added three more.

Those three, in addition to a jumper from Haley Trotter, helped Chelsea total 17 points in the third quarter, which was more than enough to extend the advantage to 19 points ahead of the final quarter.

Oak Mountain tried to battle back in the fourth quarter with 13 points, but the Hornets made four of their six free throws in addition to three more field goals to finish off the win with a 10-point period.

In addition to the seniors, Trotter totaled seven points, while Lexi Redd finished with four.