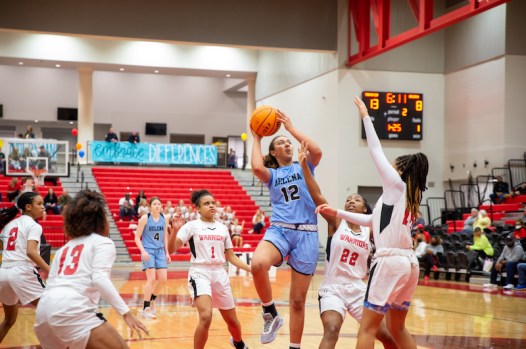 Helena’s girls basketball team picked up a thrilling 56-50 overtime victory against Thompson on Tuesday, Feb. 1. (For the Reporter/Larry Dancy) 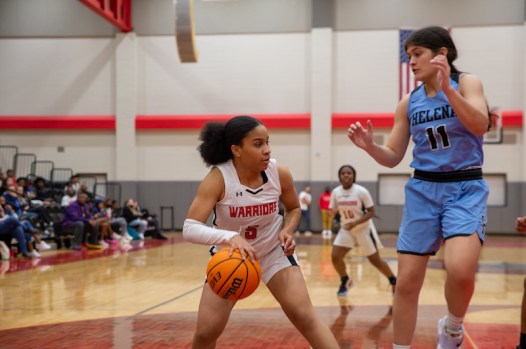 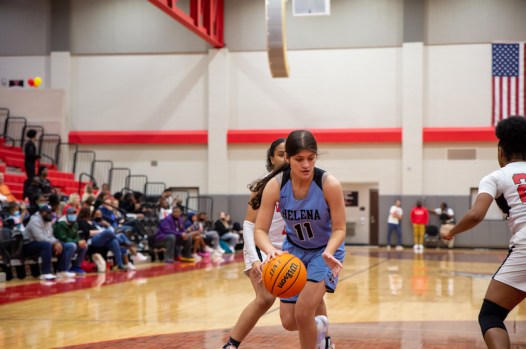 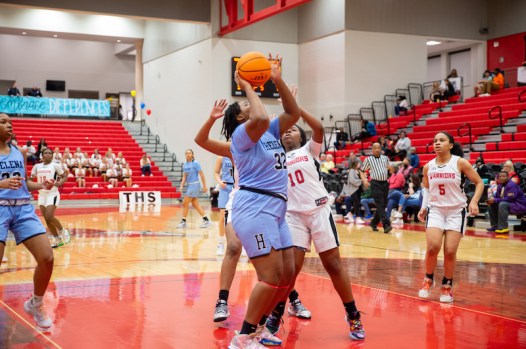 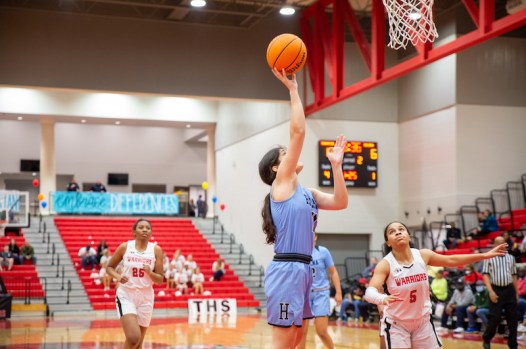 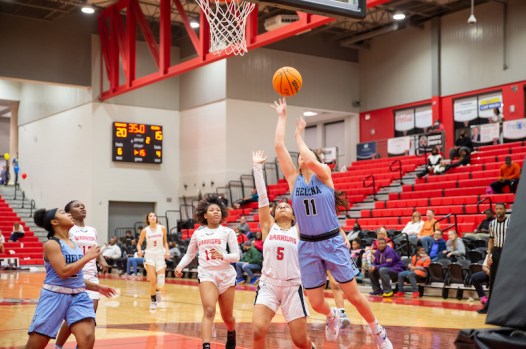 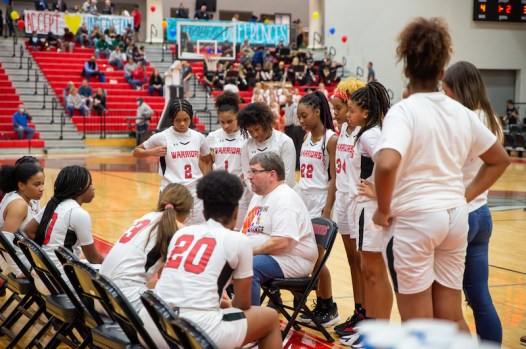 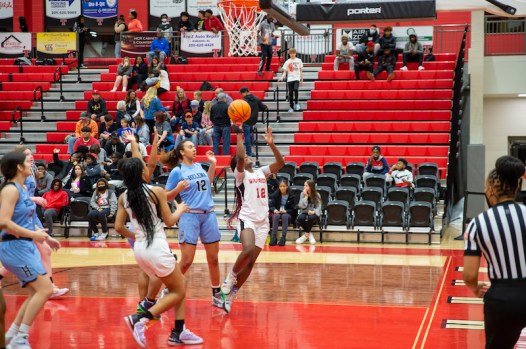 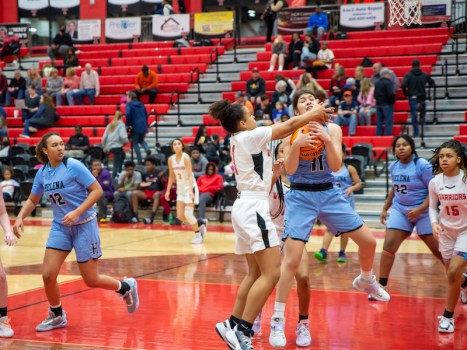 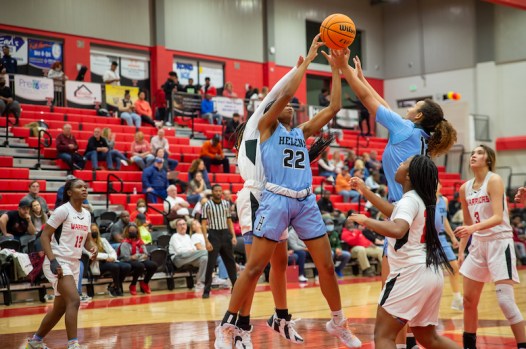 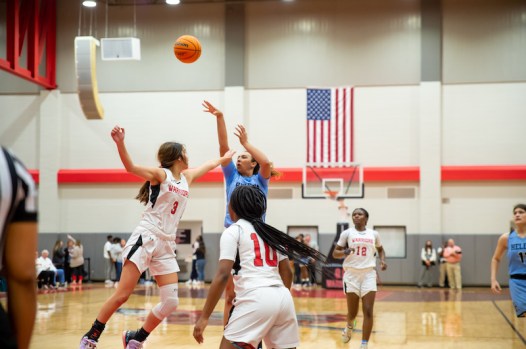 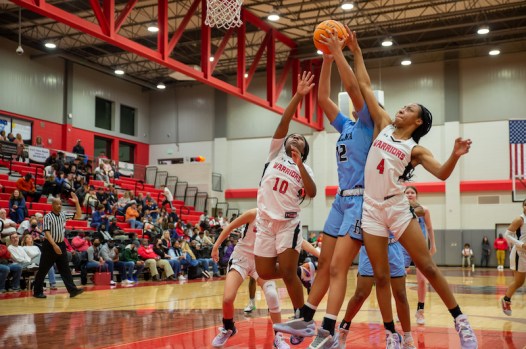 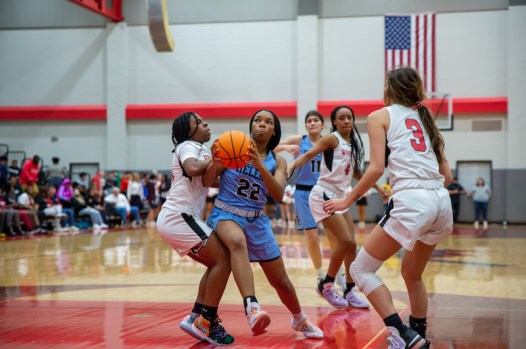 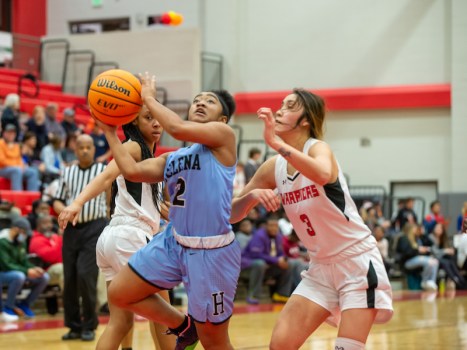 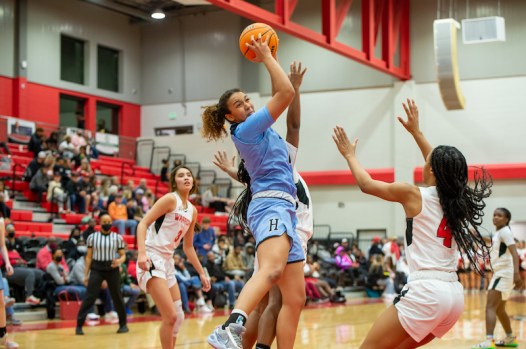 ALABASTER – After withstanding an early Thompson run and a back-and-forth second half to force overtime, the Helena Huskies put together the final push against the Warriors on Tuesday, Feb. 1.

On the road in an in-county battle, the Huskies were able to take a 48-48 game to start overtime and finish strong from the free throw line to outscore Thompson 8-2 in the extra period and grab a 56-50 victory.

Helena started overtime with a free throw from Olivia Johnigan, who then assisted on a shot from Alana Scott for a quick 3-0 run and 51-48 lead.

From there, the Huskies made five more free throws down the stretch, totaling a 6-8 mark in the quarter, to pull away for the six-point victory.

It marked an impressive comeback victory for Helena, who fell behind early in the game.

Thompson started fast in the opening quarter with an 11-0 run. The Huskies could only muster up one point from the free throw line in the quarter, leading to an early 11-1 deficit.

But Helena bounced back in a big way in the second quarter.

Johnigan was a big reason why, as she totaled eight of her 22 points in the quarter.

That, along with four from Sophia Merchant and two each from Mallory Rhodes and Brooklyn Kelley, helped the Huskies total 16 points in the quarter.

They gave up nine more, but by outscoring Thompson by seven in the quarter, they were able to draw within three at the halftime break.

Trailing 20-17 entering the third quarter, the Huskies continued to fight back, and drew to within one point going to the final quarter.

Helena got 15 more in the third quarter thanks to at least three points from three different players, while the Huskies went 7-10 from the free throw line in the quarter.

Thompson, however, shot well from the free throw line as well. The Warriors went 7-8 from the stripe to maintain their lead at 33-32 going to the final quarter.

That led to a back-and-forth battle down the stretch that saw both teams have a chance to close out the game with six lead changes in the final eight minutes.

The Huskies finished their climb back into the game when they took a 38-37 lead with a quick 4-0 run.

The two teams went back-and-forth from there before Thompson regained a 48-46 lead off a big and-1 from Alecia Reasor with 40 seconds to play.

The Huskies, who had seen a 46-43 lead evaporate, responded once again. And again, it was Johnigan who drained two free throws with 20 seconds left to eventually force overtime.

Helena capitalized on the extra opportunity and started overtime with a 6-0 run to take a 54-48 lead, closing out the win from there.