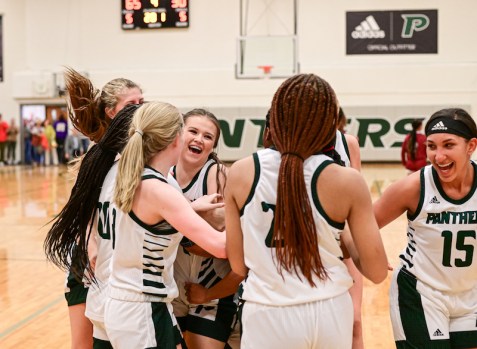 Pelham’s girls basketball team celebrated senior night on Feb. 1 with a 35-point victory against Stanhope-Elmore. (For the Reporter/Jeremy Raines) 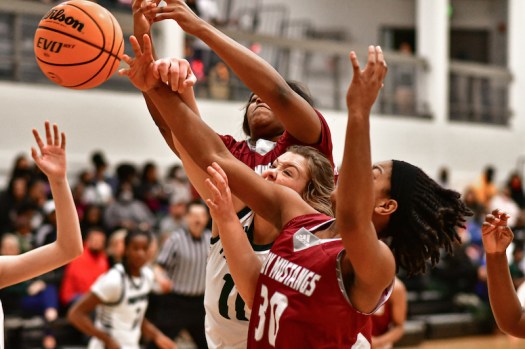 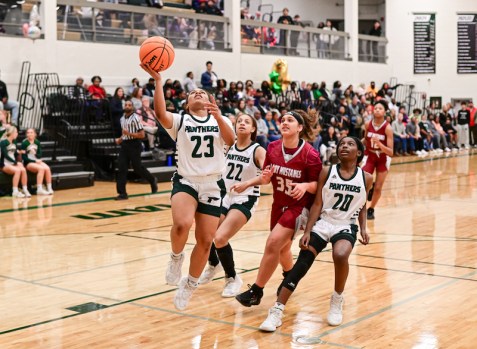 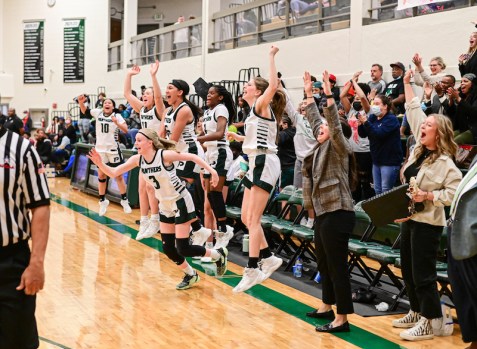 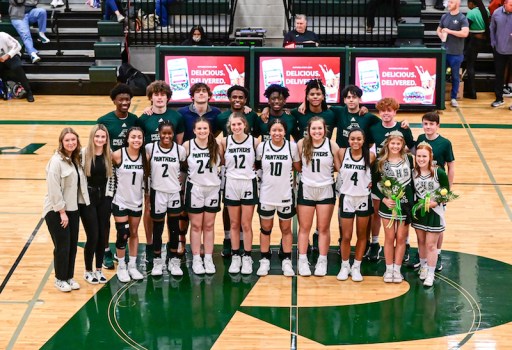 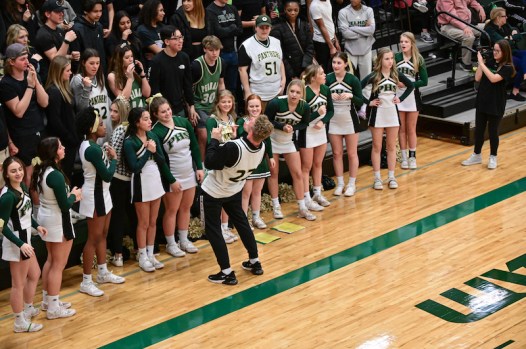 PELHAM – Celebrating their seven senior players, the Pelham Panthers left no doubt in a home matchup with Stanhope-Elmore on Tuesday, Feb. 1.

All seven played valuable minutes, while six of the seven scored and 10 of the 13 on the team found the basket in a 65-30 victory.

The Panthers started fast in the opening quarter with 18 points behind five different players scoring.

Stanhope tied for its best offensive quarter of the game as well, but it wasn’t nearly enough to match Pelham’s pace, as the Panthers limited the Mustangs to 11 points.

From there, Pelham built off of the momentum during the next two quarters.

The Panthers came out in the second quarter and posted 16 more points behind seven from Laci Gogan, while the defense held the Mustangs to six points.

With that effort, they extended their lead to 34-17 at the halftime break.

Out of the half, Pelham continued its impressive defensive effort, while Stanhope made adjustments on that end of the floor as well.

The Mustangs played their best defensive quarter of the game, holding the Panthers to 10 points. Their offense, however, didn’t have any answers for the Pelham defense, scoring two points on two free throws.

That helped Pelham increase the lead to 44-19 going to the final quarter.

And that’s when the Panthers put the final stamp on the game with a 28-point final quarter, as eight players scored, including a few of the seniors to cap off a special senior night.

Pelham was led by 16 points from Gogan, while seniors Jaslyn Heflin and Myriah Tate finished with 10 points.