‘The best day ever’: Thompson basketball manager with autism makes the most of his first start 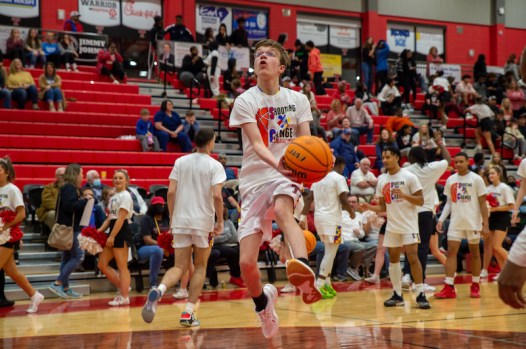 Peyton Grillo, a team manager for the Thompson basketball team, got his first start for the Warriors and drained the game's first shot against Helena on Tuesday night, Feb. 1. (For the Reporter/Larry Dancy) 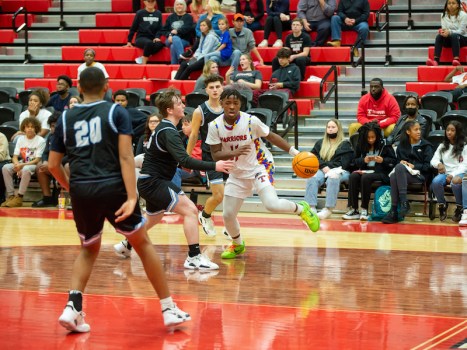 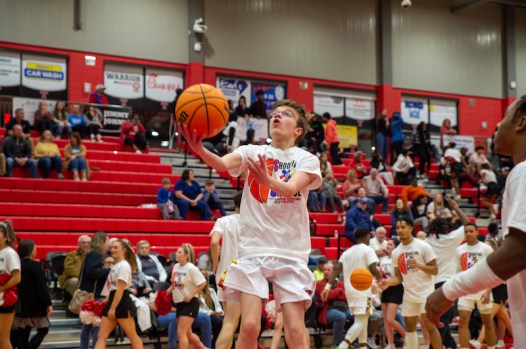 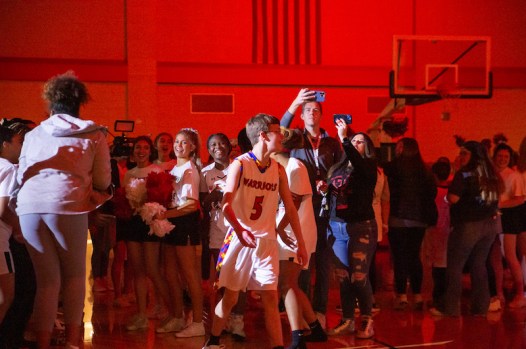 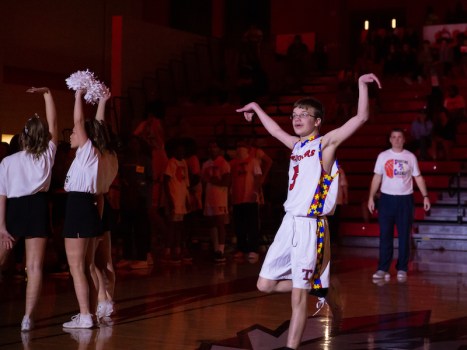 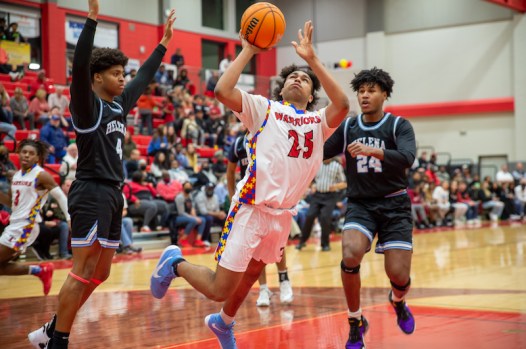 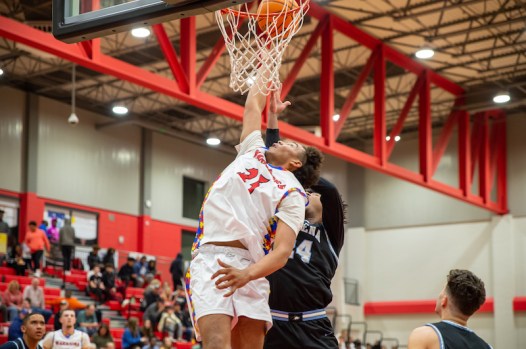 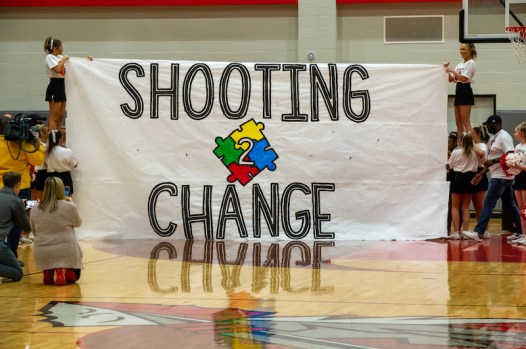 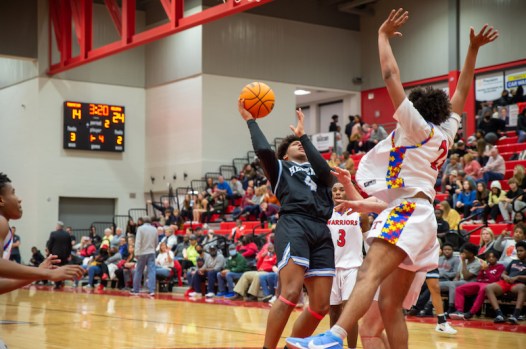 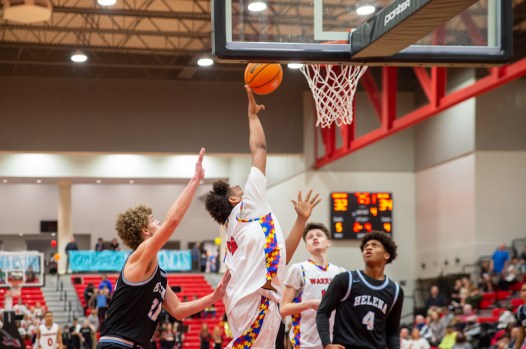 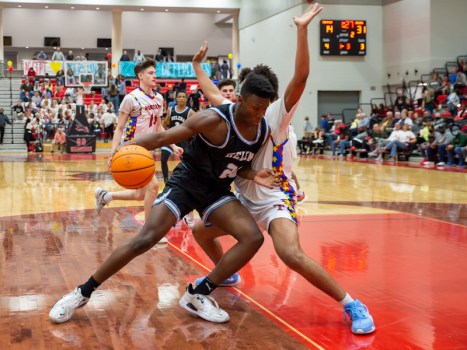 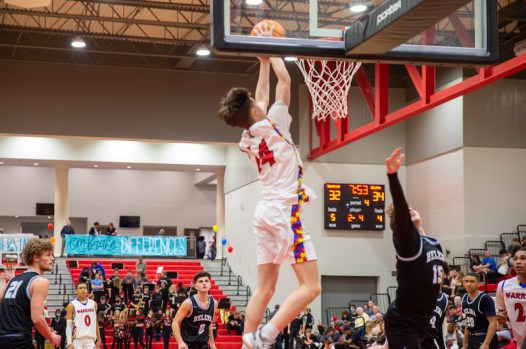 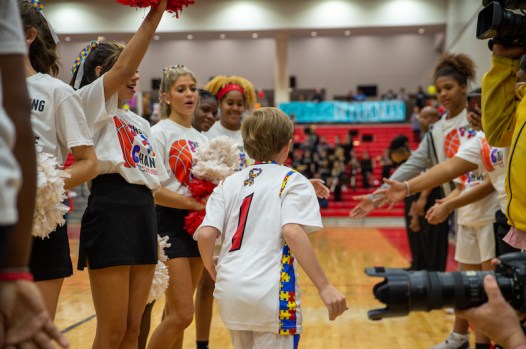 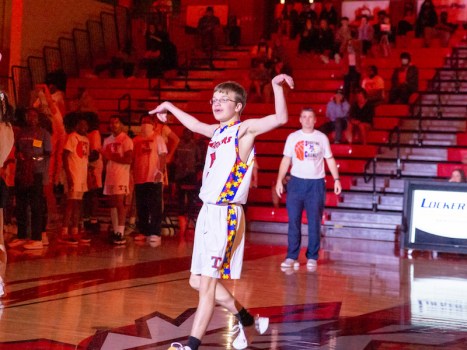 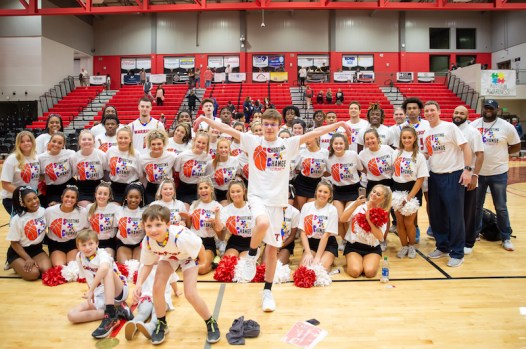 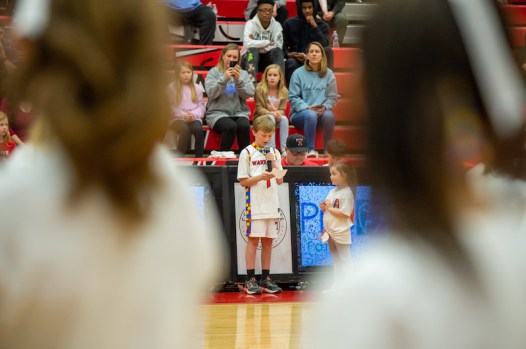 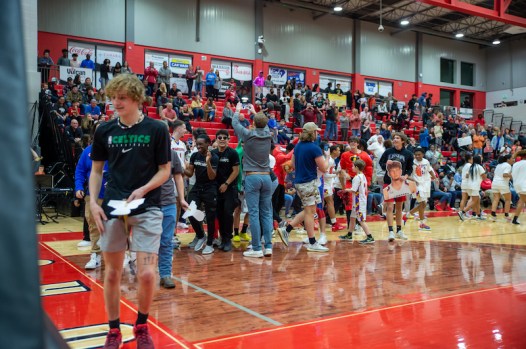 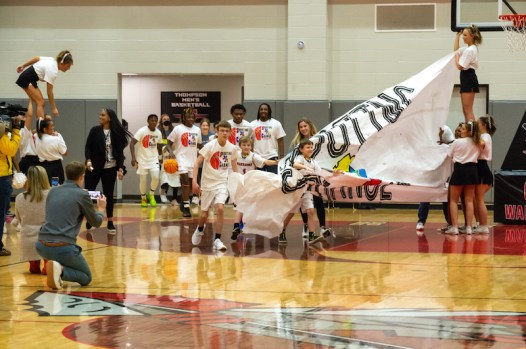 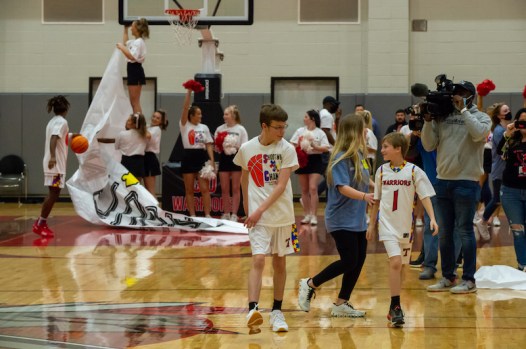 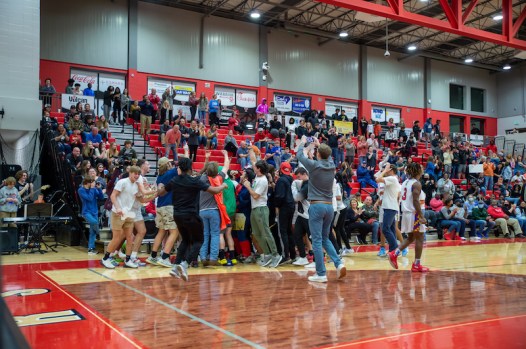 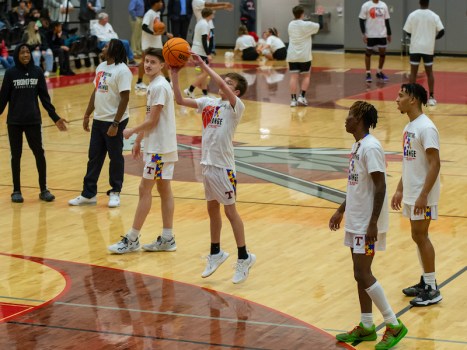 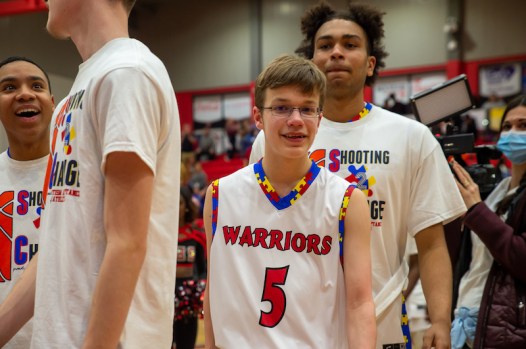 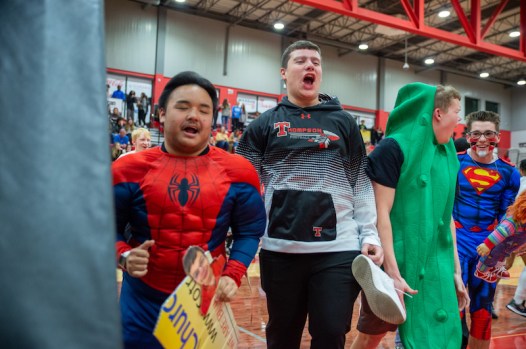 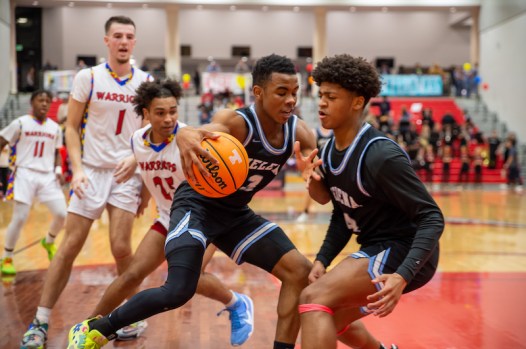 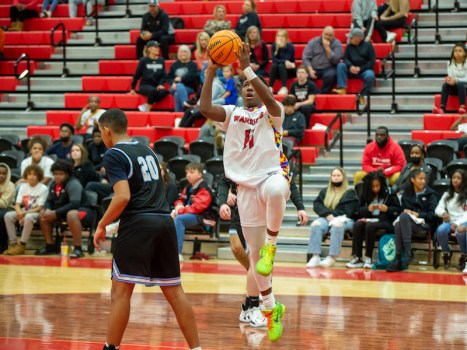 ALABASTER – Overcome with emotions, Peyton Grillo stood up and walked to the locker room just seconds after hitting the shot of his life for the Thompson Warriors.

The team manager for the Thompson basketball team, Grillo is also on the autism spectrum. That didn’t stop him from making his first start on autism awareness night inside Warrior Arena on Tuesday, Feb. 1 to celebrate Shooting 2 Change.

Taking on county rival Helena, the Warriors won the tip and ran a play Grillo came up with and creatively named “stick.”

With guard Justin Pegues dribbling at the top of the circle, Grillo ran into the paint, went baseline and found himself behind the three-point line.

Pegues kicked the ball to him, Grillo lined up his shot and let it fly. Seconds later, players and students mobbed him after finding the bottom of the net on the first shot of the game for a 3-0 lead.

The moment was a dream come true for Grillo, who ran out to a stellar entrance as well. The emotions, however, of getting to live out a dream were so surreal that he had to take a moment by himself to soak it in.

“I’m at a loss of words. I don’t know what to say,” he said after the game. “After that, I just went to the locker room for a few minutes, just to soak it in. Things were going by so fast. Everything was happening so fast. It’s been a great day. The opportunity I got from coach Powell and the entire school, I couldn’t ask for anything better.”

It was all part of the Shooting 2 Change night at Thompson High School, which is an organization that was started by head coach Dru Powell after his son Parker was diagnosed with autism at the age of 2.

Over the last eight years, the event has grown each year with coaches statewide and even beyond helping raise awareness for autism and acceptance of everyone.

“Obviously, putting on a statewide event is not easy, but when you see something like that, man does it make it all worth it,” Powell said. “That was awesome not only for Peyton, but for everybody in the building tonight. There is no doubt that autism awareness and acceptance was spread in this building tonight and will be spread throughout the state and the country. What we saw tonight was unbelievable.”

And Grillo’s dreams didn’t stop at making a shot for his high school team playing the sport he loves. No, that was just the beginning for him.

“It meant a lot because I want to inspire the world,” he said. “People not just with autism, but also people who may have Down syndrome, cancer, anything. People who are going through hardships, I want them to know you can do anything you put your mind to as long as you work hard. You don’t have to follow your peers; you can follow your passion. Just listen to your heart.”

Like Powell’s son Parker, Grillo was also 2 when his mom, Misty Grillos, started noticing signs that he may end up on the spectrum.

As an elementary school teacher, she noticed he was speech delayed.

“I kind of always knew at a very young age because he was speech delayed at the beginning so we started early intervention for him, which is so very important for kids at his age,” she said. “He started speech therapy at age 2.”

But that also marked the age he picked up his first basketball, eventually falling in love with the sport.

The last two years, Grillo was the guest speaker at the Shooting 2 Change game, which is how he and Powell formed their relationship.

This year, Powell asked him to join the basketball team permanently as a team manager. But Powell also had bigger ideas, knowing he wanted to celebrate everything Grillo represented.

About a week before the game, Powell came up with the idea and reached out to Grillo’s mom to let her know what they were planning.

For the next week, she had to do the hardest thing of her life and keep it a secret.

“That was really hard for me as a mom because I was just beaming with pride when I got the phone call,” Misty said.

Then, when she not only got to watch her son take the floor as a starter but drain the game’s first shot, she was in awe as tears streamed down her face in the stands.

“I was crying. I was crying really bad. Just pride. Pride for our community, pride for Peyton, pride for autism awareness throughout this community,” she said. “Just to see all of them surround him at the end when he made that shot was just so worth it. This afternoon when I came in to watch a little bit of practice, he was on fire. I just knew right then, tonight was the night. He was going to hit it. It’s been a great opportunity for him and has boosted his confidence so much.”

As for the impactful shot, Grillo said it was the best moment of his life.

“I’d probably say number one. I’d probably say it’s the best day ever,” he said. “This has been absolutely amazing. I know for a fact this is only the beginning of my journey. I want to inspire others. I’m not at the top of the mountain yet. To me, I just started climbing the mountain.”

After his made 3-pointer to open the game, Helena went on a run and started to create some separation with a 31-14 lead in the second quarter and an eventual 33-19 lead at the half.

Thompson, however, found inspiration in a special night and flipped a switch in the second half.

The Warriors went on a 22-1 run in the second half to take control and eventually hang on to win 47-43.

“The fact that we came back down from double digits was unbelievable,” Grillo said. “It was just an awesome night.”

Grillo’s 3-pointer to start the game ended up making a difference in separation late, while Thompson was led by Tre Adolphus with 12 points and 10 each from Jose Gonzalez and Jay Green.

“That was an unbelievable night,” Powell said. “That may be the biggest shot I’ve ever witnessed firsthand. And the way our students and players reacted, gah, that was awesome.”