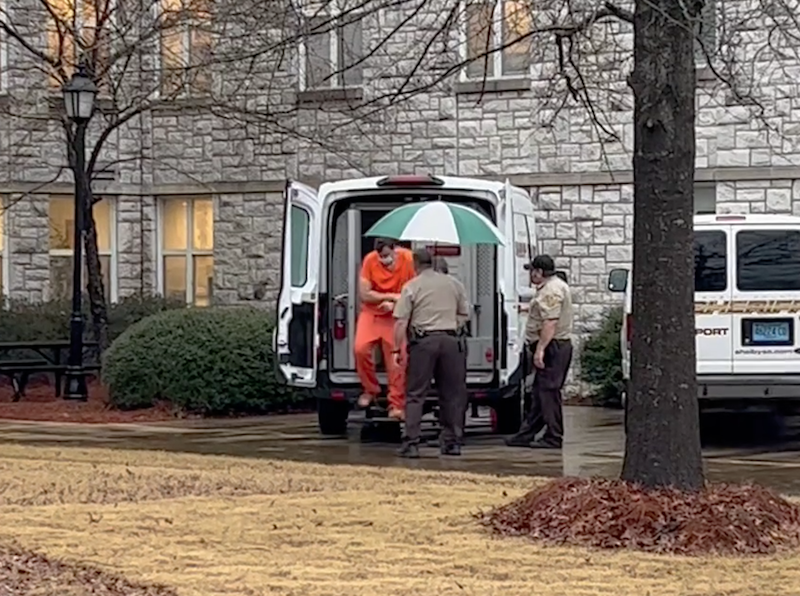 COLUMBIANA – The suspect in a double homicide that occurred in Helena on Jan. 19 made his first court appearance since being extradited back to Alabama from Florida earlier this week.

John Peyton Scott III appeared in front of judge William Bostick for the first time, as Bostick read him his rights and outlined a warrant that gave insight into what allegedly happened on that night two weeks earlier.

Bostick said because of the capital nature of the crime, he would continue to hold Scott in the Shelby County Jail without bond.

It marked his first appearance in the Shelby County Courthouse after spending five days on the run before eventually being arrested in St. Augustine, Florida by the St. Johns Sheriff’s Office on Monday, Jan. 24.

Scott was extradited back to Alabama and placed in the Shelby County Jail on Tuesday, Feb. 1.

“I can sleep a little better knowing he is back in Shelby County and will face justice,” Helena Police Chief Brad Flynn said.

Scott quickly became a person of interest by the police and the Shelby County Major Crimes Task Force after they were called to the 100 block of Piney Woods Drive in Helena on Jan. 19.

Upon arrival, the police discovered that Whited, 40, and Tarwater, 75, had both died.

Police were called to the scene when a 12-year-old grandson of the couple at the address came home and found his grandfather unresponsive.

Scott is being represented by criminal defense attorney John Beck.