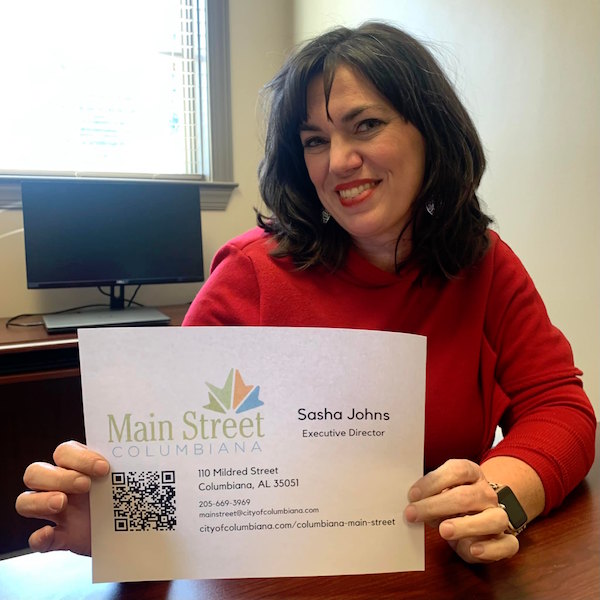 Johns, originally from Elmore County, Alabama, first moved to Columbiana from the Oak Mountain area about four years ago and has since fallen in love with the town. For the past two years, she has served as a bus driver for Columbiana schools; prior to that she spent about 17 years in retail management.

Johns said that she wanted to do something positive for the town and was looking forward to getting back into a full-time role.

“I’m really excited about it,” she said. “The thing about it is it touches on all the things that I love. It touches on the town itself, I’m very involved with all of the youth in town because of my own kids, and then the other thing I love, I love local history.”

Johns said through her own children and her time as a school bus driver, she built many strong relationships with kids, which made the decision difficult at first.

“That was kind of the difficult part of the decision, leaving those kids. But I feel like if I get more deeply involved in making Columbiana successful and building up the community here, that’s going to in the long run give those kids better opportunities, and I want to be a part of teaching them more about their city. A lot of them don’t know what a cool place this is,” Johns said, adding that she plans to continue as a substitute bus driver.

Speaking on her initial goals as Main Street director, Johns said she wants to build up social media and make sure the Main Street Board has positions filled for its committees, while seeing that each committee comprises a diverse group of people—including high school students who want to get more involved in the community.

She said that she is already good friends with people on the Board and is excited about working with them.

“I’m an idea girl. I always have a lot of ideas. They always have good ideas too,” Johns said. “There’s a lot of really great people on Main Street and in the city in general that I admire and like, and I think it’s going to be fun to work with them.”

Added Johns, “I’m looking forward to bringing people in from surrounding areas, attracting them to Columbiana and bringing them into some of the colorful history of our town no matter what part of the county they’re in, because I really want them to have pride in the whole county.”