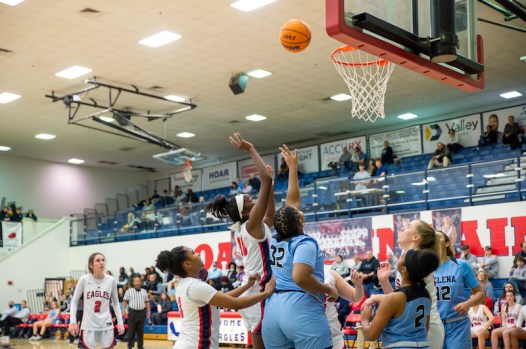 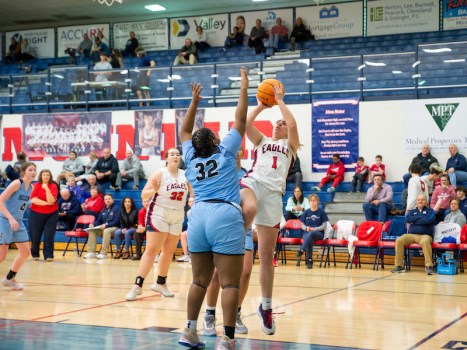 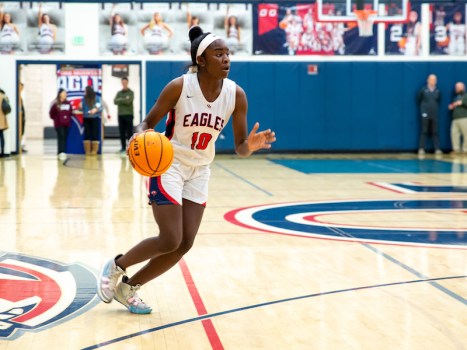 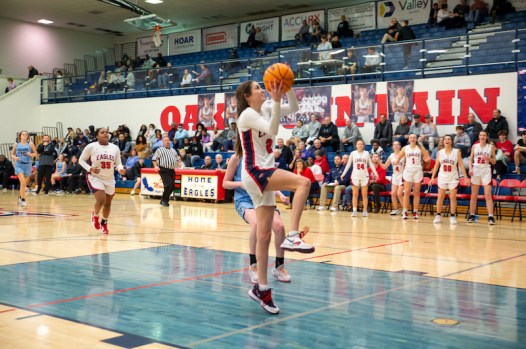 Celebrating their three seniors on Friday, Feb. 4, the Oak Mountain girls basketball team closed out the regular season with an impressive showing against county foe Helena. 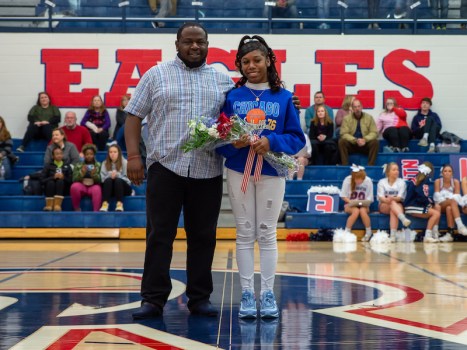 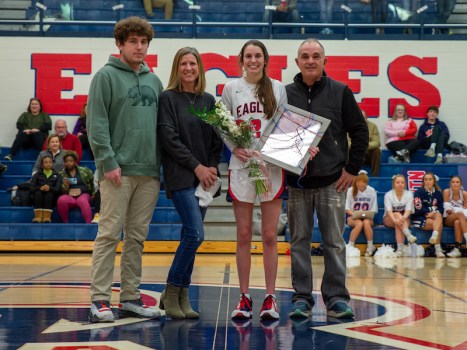 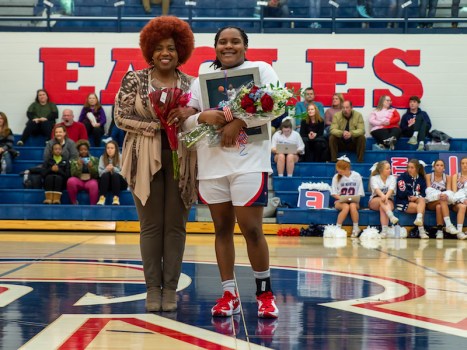 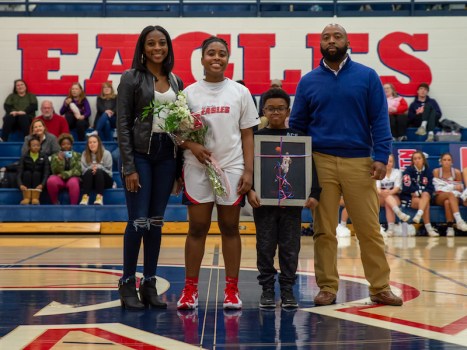 The Eagles capitalized on a big first half on both ends of the floor, taking a 13-point lead in the opening half and never looking back on their way to a 60-44 win against the Huskies.

Oak Mountain’s start in the first two quarters was as impressive as any the Eagles have had on the offensive end of the floor this season.

They put together back-to-back 17-point quarters for a consistent effort.

In the opening quarter, the Eagles got nine points from Raegan Whitaker to lead the way, while Lauren Schuessler and Charity Shaw each added four points.

More impressively, they combined that with a defensive effort that led to the Huskies’ worst offensive quarter of the game with eight points.

That gave Oak Mountain some cushion to work with, and allowed the offense to continue playing with confidence.

It showed in the second quarter, as the Eagles put 17 more points on the board, as Whitaker continued a strong end to the regular season behind seven more points to total 16 in the opening half.

She was joined by three each from Shaw and Tamia Threatt, while Mary Ryan Sutton and Sydney Kate Ervin each had two points.

Helena did put together its best offensive quarter of the game in the second quarter behind four points from Alana Scott, as the Huskies posted 13 points to total 21 in the first half.

The Eagles, however, held a 13-point advantage at the break.

From there, it was a balanced matchup in the second half, but Oak Mountain’s defense made the difference, as Helena never could put together the stretch it needed.

Out of the half, the Eagles got eight points from Shaw, four from Schuessler and two from Whitaker to score 14 point, which was enough to extend the lead.

Helena did get eight points from Olivia Johnigan in the quarter on two 3-pointers and two free throws, but the Huskies could only total 12 points, which allowed Oak Mountain to extend the lead by two more going to the final quarter.

Up 48-33 entering the fourth quarter, Oak Mountain got points from four different players to total 12 more, which kept Helena from mounting a late comeback and led to the 16-point win for the Eagles.

Whitaker and Shaw had big nights for Oak Mountain with Whitaker pouring in 21 points and Shaw just behind with 19 points. Schuessler added a third scorer in double figures with 11 points.

Helena was led by Johnigan with a 16-point night to close out the regular season, while Kennedi Nobles added 13 points and Scott finished with nine.