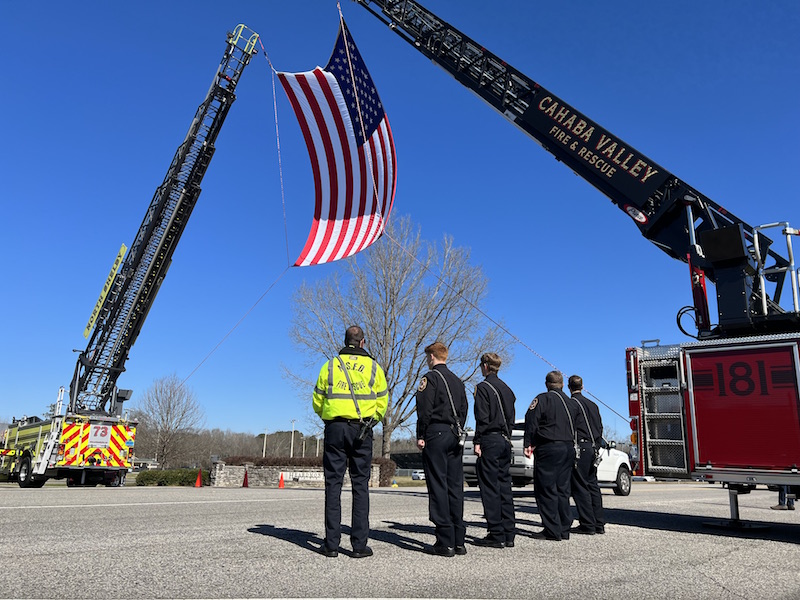 Hundreds of people filled the sanctuary of Asbury United Methodist Church for a funeral service honoring the local 9-year-old who never once cried during his 17-month fight with a rare form of brain cancer.

“When he got diagnosed, I sat him down and I said, ‘Man, this isn’t good,’” Chris Weidman, Braxton’s father, said. “I said, ‘Some of this is going to hurt, some of it’s going to scare you, but I promise you that I will never, ever do anything that you don’t want to do.’ He just said, ‘Bring it on.’ He was never afraid.”

Braxton’s response matched his approach to life; whatever he did, he did it with maximum effort and without fear, Chris said.

“I was always proud of him for just going into the world as hard as he could go,” Chris said. “He brought that to his cancer treatment. That’s one of the reasons that he stayed here so long. He was just so tough, and just not afraid.” 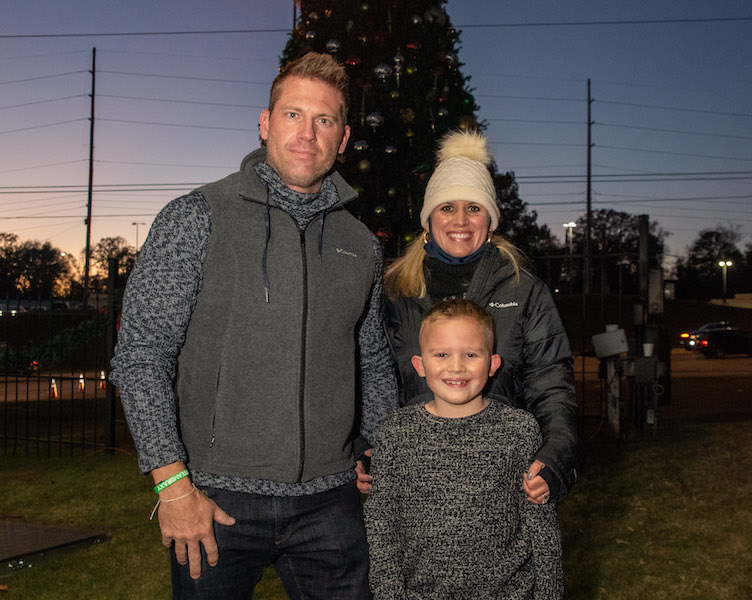 Braxton, pictured with his parents at Hoover’s Christmas tree lighting in 2020, became an inspiration throughout the community for his courage as he went through brain cancer treatments.

Through two craniotomies, two rounds of radiation, chemotherapy, countless pills every day and other unpleasant symptoms, Braxton remained as brave as he was at the start of his journey.

And that unbelievable bravery confirmed several things Chris had told Braxton in their initial conversation.

“‘I want to try to fight this to the end of the world, and I want you to get better,’” Chris said to his son. “‘We’re going to do things that we can hopefully do to change the way people look at this. You’re going to be the one that people look at. People are going to want to meet you.’”

The boy who “never met a stranger” met more strangers than anyone could count, but they quickly became his friends and fans.

People near and far rallied around Braxton and his family, who shared updates throughout his treatment in a public Facebook group called BRAX HQ.

The group has amassed more than 12,000 members, many of whom have posted photos and notes of support for the Weidmans over the last year and a half.

The hashtag #TeamBraxy became a slogan of support for Braxton, along with the color green.

Many people wore green to his service on Feb. 5, while others stood at different points along Alabama 119 from the church to Southern Heritage Funeral Home and Cemetery, holding signs and green balloons to honor the community’s young hero.

“Struggles and pain are not optional in this life; they will happen,” the Rev. Robert Mercer said. “But misery is a choice, and by all accounts, Braxton would want us to choose joy in this life. Today, we give thanks for Braxton and lean on each other as we begin this journey of living life differently.”

The Rev. Jim Savage, who baptized Braxton, described him as “full of life in the midst of struggles,” an energetic boy who loved baseball, playing with his siblings and laughing.

“To say Braxton lived life to the fullest is kind of an understatement,” Savage said. “Thanks to incredible parents and grandparents, he was able to do and see a lot of things.”

Chris thanked his and wife Brandie’s family members, and the Oak Mountain, Spain Park and Greystone communities, for their constant support.

First responders from agencies in Shelby County and the greater Birmingham area also paid tribute to Braxton on Feb. 5, leading the procession from the church to the funeral home.

“He loved men and women in uniform,” Chris said, thanking all of the first responders who transported Braxton to the hospital when he needed emergency medical attention. “All of those people made it happen, and made it happen fast. They took excellent care of him.”

“Those two institutions directly impact little children’s lives, and that is very important to us,” Chris said. “We’re talking about getting kids experiences and directly funding science that goes to pediatric brain cancer.”

The Weidman family requests that any donations in Braxton’s memory be made to Make-A-Wish Alabama or Ian’s Friends.