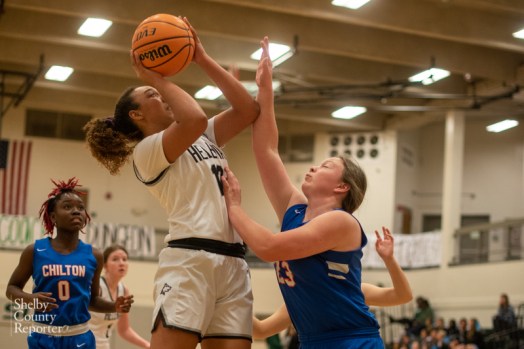 Olivia Johnigan finished with a double-double behind 25 points and 10 rebounds in the opening round of the area tournament against Chilton County. (Reporter photo/Keith McCoy) 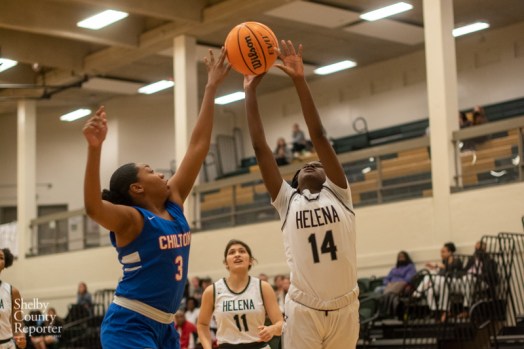 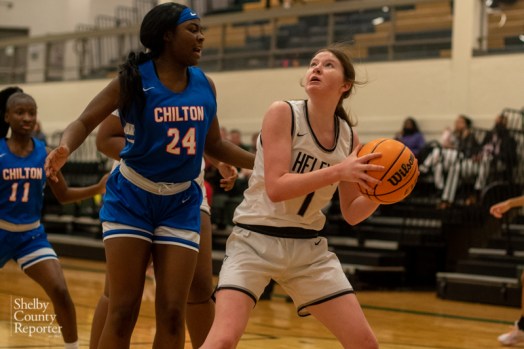 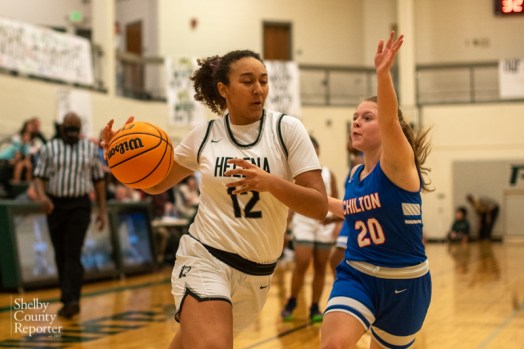 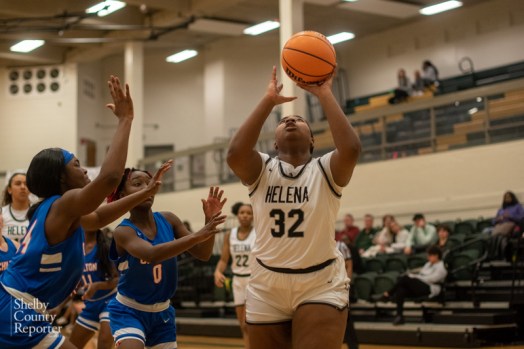 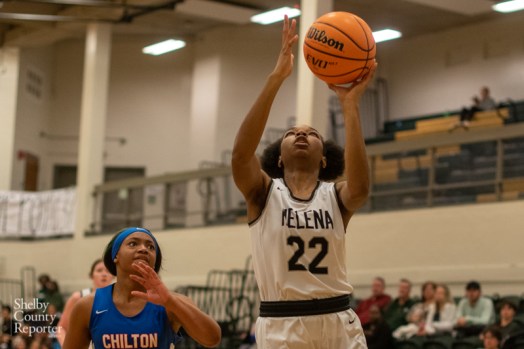 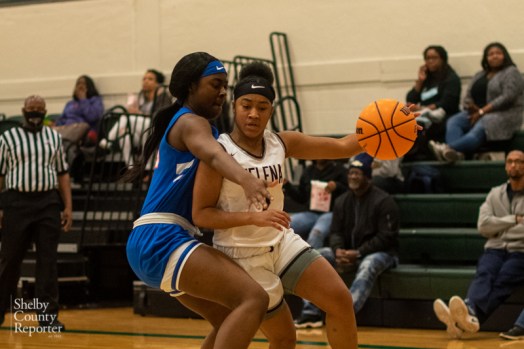 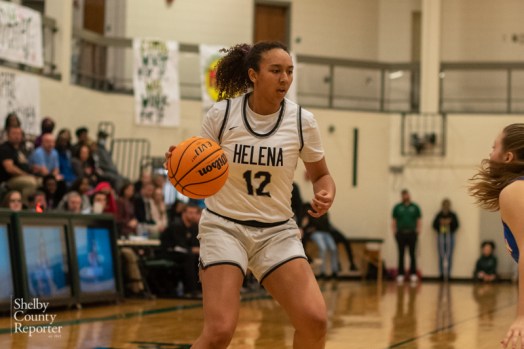 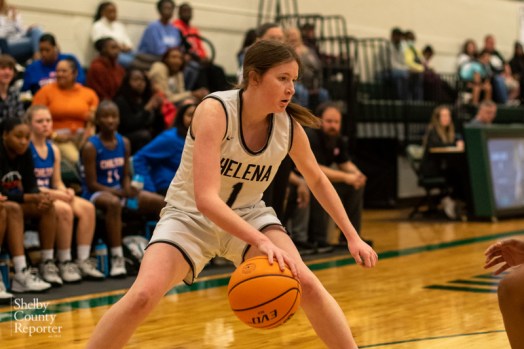 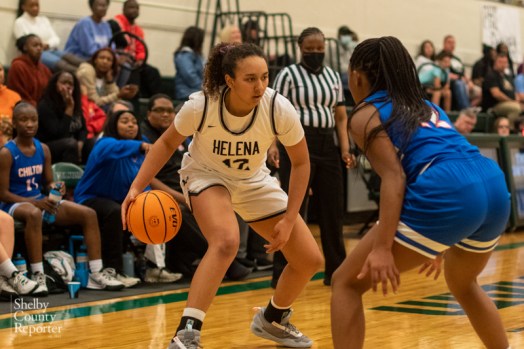 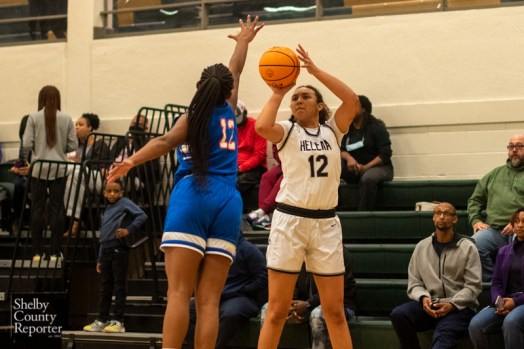 PELHAM – The Helena Huskies earned another crack at a postseason run this season after a dominant performance against Chilton County on Tuesday, Feb. 8.

Competing in the opening round of the area tournament at Pelham High School with the season on the line, the Huskies took no chances on their way to a 69-32 win.

With the win, Helena not only advanced to the area tournament championship game against rival Pelham, but the Huskies also earned a trip back to the sub-regional round of the playoffs where they’ll look to redeem a tough six-point loss that kept them short of the Sweet 16 last season.

Throughout the season, the Huskies had shown glimpses of stellar play, but it all seemed to come together against the Tigers to open the area tournament.

After beating Chilton in almost identical fashion twice during the regular season by scores of 49-33 and 48-33, Helena entered the third matchup with a point to prove.

And that showed early in the game.

Following a back-and-forth first 10 points of the game that saw Helena grab a 6-4 lead, the Huskies then flipped a switch and ended the opening quarter on a 15-0 run to take a 21-4 lead.

A big reason for that early success was 12 first-period points from Olivia Johnigan, which kick started a stellar night.

Chilton County did start the second quarter on a 6-2 run to gain some traction, but Helena responded quickly to keep the Tigers from shifting momentum.

Up 22-10, the Huskies went on to end the quarter on a 19-2 run behind four different players scoring, including eight more from Johnigan to bring her first-half total to 20 points and give her team a 41-12 lead at the break.

The halftime break did nothing to cool the Huskies off either.

They came out in the second half and continued their torrid pace with the defense forcing several turnovers, which led to easy baskets offensively.

Helena started the quarter on a 17-2 run and ended up outscoring the Tigers 20-7 in the period to take a commanding 61-19 lead into the final quarter of play.

Johnigan led the way for the Huskies with a double-double effort featuring 25 points and 10 rebounds. Alana Scott added 12, while Kennedi Nobles and Brooklyn Kelley had 9 and 8, respectively.