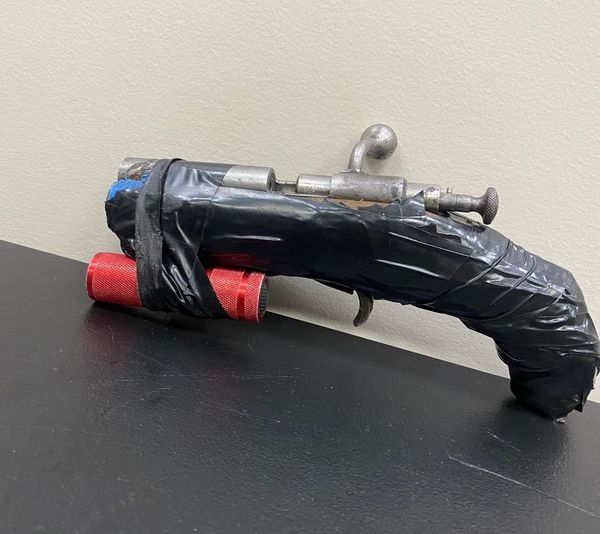 CPD arrested a man carrying a rifle that had been modified into a handgun and that appeared to be functional. (Contributed)

CALERA – On Tuesday, Feb. 8, Calera police officers arrested a man who was carrying a .22 caliber bolt action rifle that had been modified into a handgun.

“The firearm, while not a thing of beauty, appears to be functional,” said Calera Police Department Chief David Hyche in a Facebook post.

The man ran from two Calera police officers after they approached him when they noticed him acting suspiciously in a neighborhood. He was later found at a local gas station.

The suspect, who is from Chilton County, had a concealed firearm and is a prior convicted felon with two active arrest warrants from separate cities.

“Convicted felons, drug dealers and gang members should not have firearms regardless of the quality,” Hyche said. “I’m proud of our officers for actively patrolling our neighborhoods and preventing crimes. This happened at a time when we are extremely short staffed.”