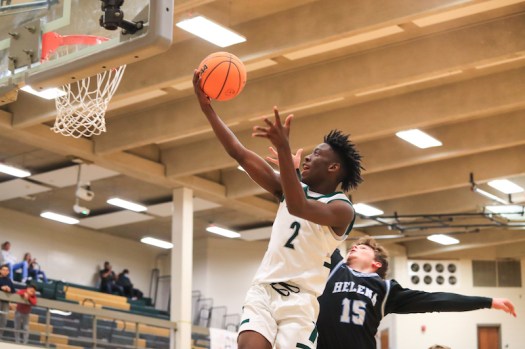 Michael Jones had 36 points in the opening round of the area tournament to help Pelham pull away from Helena to keep the season alive and advance to the sub-regional round of the playoffs. (For the Reporter/Dawn Harrison) 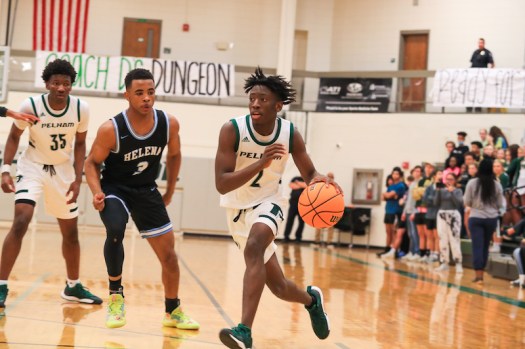 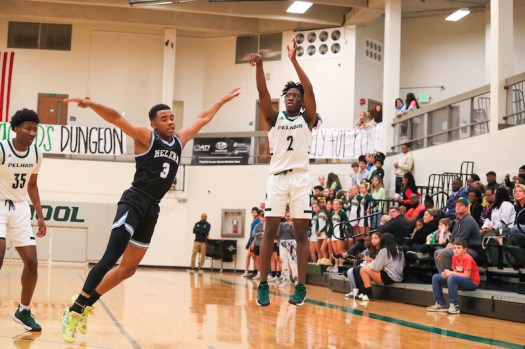 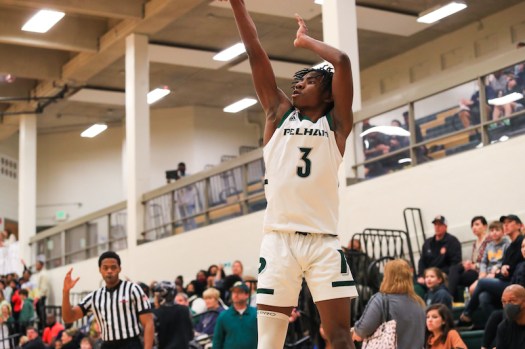 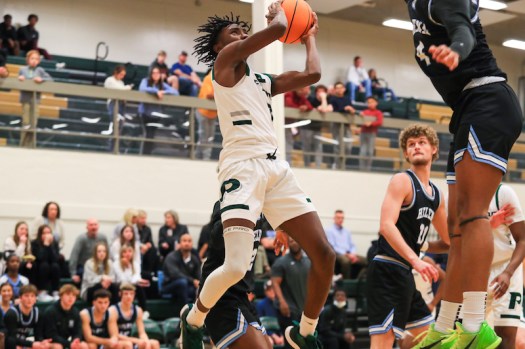 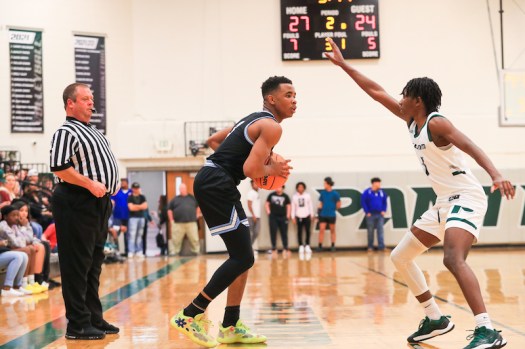 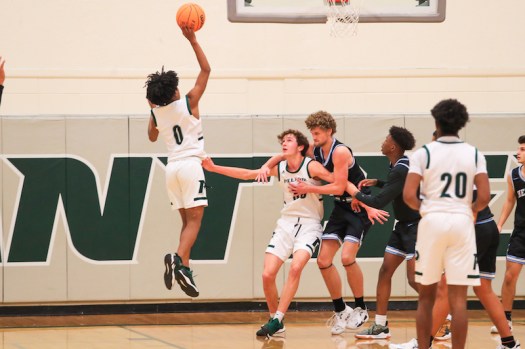 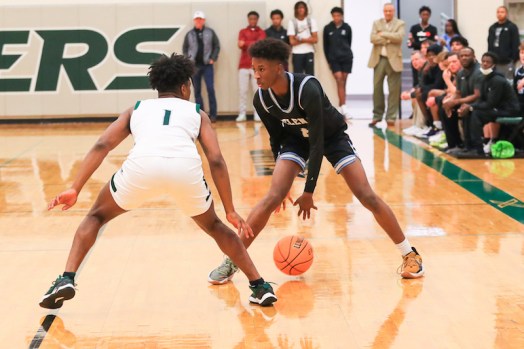 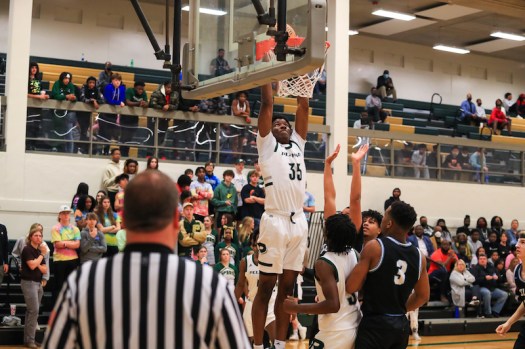 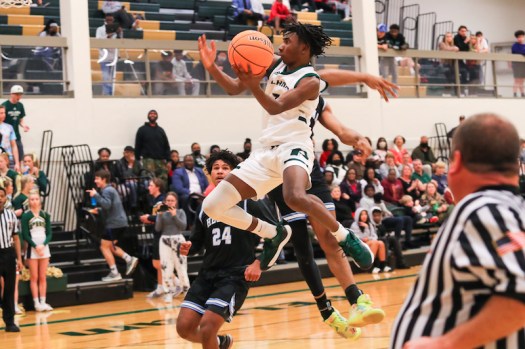 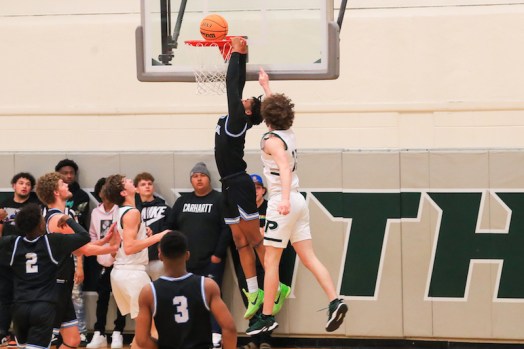 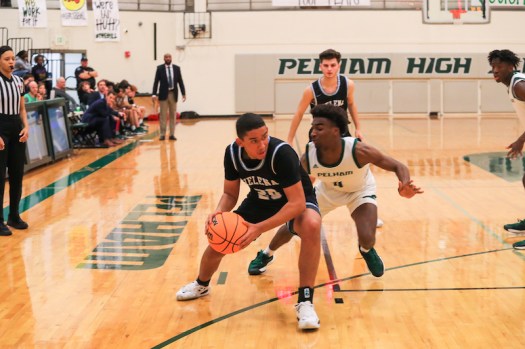 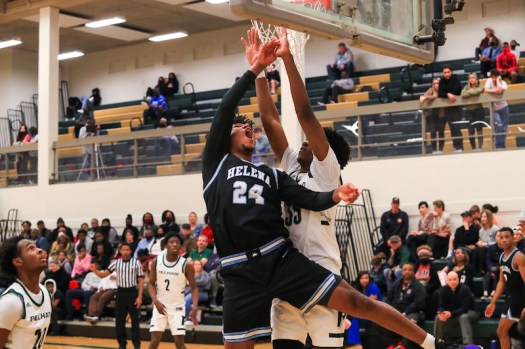 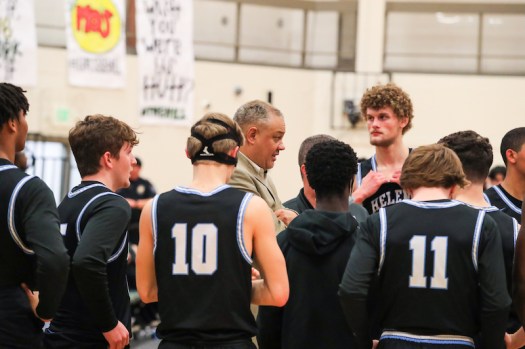 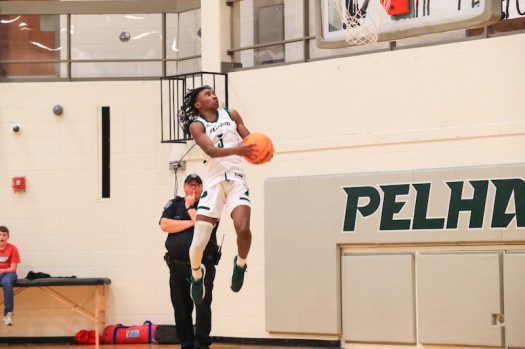 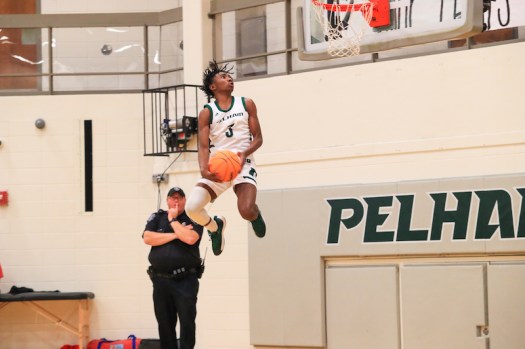 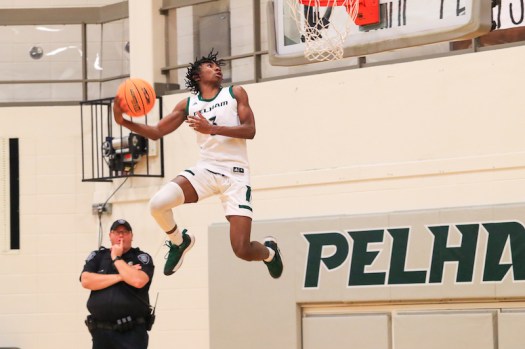 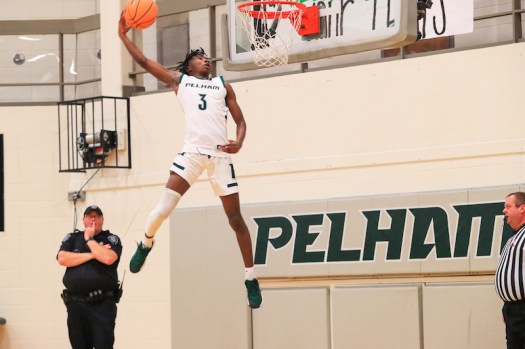 PELHAM – MJ Jones and the Pelham Panthers turned a tight area tournament contest into an 18-point victory on Wednesday, Feb. 9 that earned them a spot in the sub-regional round of the playoffs.

Pelham’s frenetic pace wore down rival Helena, who matched the Panthers’ firepower initially, but couldn’t stay in the fight down the stretch in the 61-43 final.

Pelham was hot from the field, but head coach Greg Dickinson was quick to praise his team’s efforts on the other end of the court.

“I feel great about our performance and effort, especially on defense,” Dickinson said. “Defense has always led to success this year. We know we can score with anybody, but when we stop them and work hard on defense like we did tonight, we can beat anybody.”

The tempo was fast and furious from the opening tip.

Helena took the early momentum and a 13-8 lead, but Jones was simply too much for anyone to handle. The senior guard put up 10 in the first quarter and led his team back to take a 14-13 lead.

Helena quickly answered as Ian Johnigan scored nine points in the period, including seven straight to give the Huskies a 20-16 lead after one.

Jones was unstoppable again in the second quarter, tacking on 12 more and hitting four 3-pointers overall in the first half, but Pelham grabbed the momentum on the defensive end.

The Panthers took three charges in the first four minutes of the quarter and four total as they stole possession after possession to frustrate the Huskies.

The Huskies were held to three baskets, but they did keep the game close, tying three separate times including 29-29.

However, Jones got the better of them again scoring the last four points of the half, including a floater at the buzzer for a 33-29 lead.

Jones’ onslaught was far from over, as he piled on a dozen more and assisted on several more baskets.

At one point, Jones had as many points as the entire Helena roster combined.

“MJ is a special kid. He works hard when nobody’s around, he’s the first one at practice and busts his butt,” Dickinson said. “He comes up here in his off time, puts in a lot of work when nobody is watching and it’s paying off for him in the game.”

With Jones working his magic, Pelham went to work its defensive magic as well, forcing 10 turnovers in the second half and holding the Huskies to just 14 points on five baskets in that same span.

Jones finished with a game-high 36 points and hit multiple treys in each of the first three quarters. Junior Kamari Hollis also reached double digits for the Panthers with 11 points.

Pelham will play Chilton County for the Area 6 championship Friday, Feb. 11 at 7:30 p.m. before advancing to sub-regionals.

The game also marked the final for Helena head coach Billy Grant, who announced this would be his final year as a head coach before the season began.