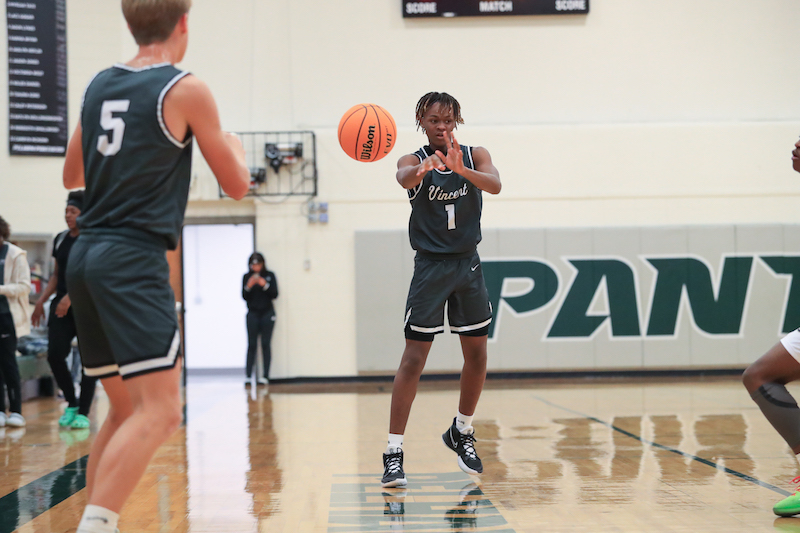 Vincent overcame two losses to B.B. Comer during the regular season with a win in the opening round of the area tournament to keep the season alive and advance to sub-regionals for the 16th year in a row. (File)

ROCKFORD – With two regular-season losses to B.B. Comer, including one by a score of 61-54 just a week earlier, the Vincent Yellow Jackets faced a pressure-packed situation on Tuesday, Feb. 8.

Competing in the opening round of the area tournament at Central-Coosa High School, the Jackets met Comer for the third time this season. This time around, however, not only was the season on the line, but a historic streak as well.

With 15 consecutive trips to the sub-regional round of the playoffs, Vincent took to the floor needing a win to keep the streak and the season alive.

With two losses to the Tigers by seven points or less in area play, the Yellow Jackets had to push that aside, but it proved difficult in a slow start.

Offensively, Vincent couldn’t find a rhythm early in the game.

Luckily for the Jackets, their defense traveled.

Scoring just 14 points in the opening half, the defense gave up just 17, which gave them a chance and set the stage for a special second half.

Seemingly more determined in the second half, the Jackets were able to combined for 30 points in the second half and outscored B.B. Comer 30-22 to pick up a 44-39 win and extend the streak to 16 consecutive years.

Down the stretch, Blake Allums was big for the Yellow Jackets thanks to several clutch free throws.

He not only went a perfect 6-6 from the line in the quarter, but he also hit a 3-pointer to total nine of his team’s 13 points in the final quarter to close out the thrilling five-point win.

The start to the game, however, was a much different story.

Both teams struggled from the field for the most part, but it did lead to a tightly-contested game throughout.

The only difference became a free throw, as the Tigers converted an and-1 in the quarter, while Vincent failed to convert an and-1, giving B.B. Comer an 11-10 lead.

Both defenses then shined in the second quarter, which ultimately became big in helping both teams stay in the game.

Vincent gave up six points on three field goals and scored four points on two field goals, which allowed the Tigers to extend their lead to 17-14 at the halftime break.

With the season on the line, however, the Yellow Jackets saved one of their most clutch halves of the season for the second half of the game.

Vincent came out and put together a 17-point third quarter thanks in large part to Tray Youngblood.

After a scoreless first half, Youngblood gained some confidence in the third quarter, scoring 10 points on four field goals and a 2-2 mark from the free throw line.

The Jackets also got field goals from Allums, Brandon Jordan and Goodman in the period.

Vincent did give up nine points to one player, but the Jackets only gave up 12 as a team, which allowed them to erase the deficit and go to the final quarter with a 31-29 advantage.

That swing in momentum became big, as Vincent got to play with the lead during the most important quarter of the season.

That led to the game coming down to free throws, and the Yellow Jackets capitalized by making eight of 12 in the final quarter to total 13 more points, while the defense stepped up to cap off a consistent game.

In addition to tying for a game-high 19 points, Allums added four rebounds in the win. Goodman also had a big night on the boards, leading the Jackets with nine rebounds.

Youngblood also finished in double figures alongside Allums with 10 points. The Jackets totaled 25 rebounds and nine steals in the win, which became key down in making the difference.

The Jackets will now take on Central-Coosa Thursday, Feb. 10 at 6 p.m.