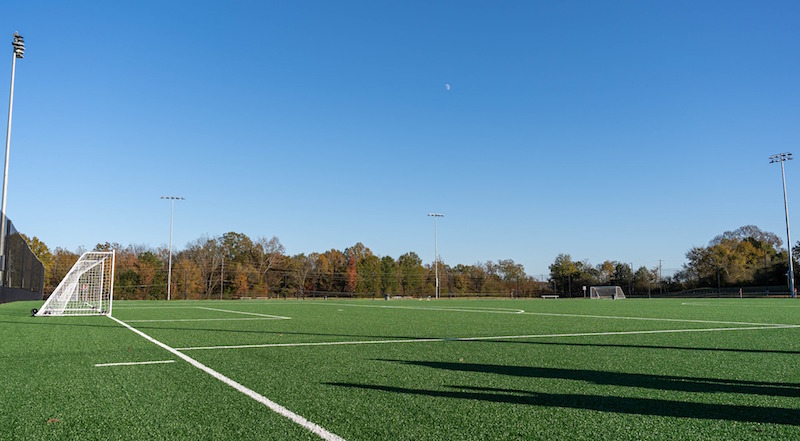 More upgrades are coming to Alabaster parks in the next year, including a new pavilion and restroom area to finish off improvements to Veterans Park. (Contributed)

ALABASTER – The city of Alabaster is continuing to prioritize park expansions into 2022 with developments planned for four of the city’s recreational areas later this year.

According to Public Relations Manager Neal Wagner, one of the city’s most pressing priorities remains upgrades to Veterans Park. The project, which launched in the fall of 2020, is nearly complete and has had numerous upgrades over the past two years.

The most recent enhancements debuted in November 2021, and included several multi-purpose sports fields, a new entrance and an extended walking trail.

City leaders, however, are now in the process of installing upgrades to the park’s bathroom and pavilion areas as well as a new high-quality sign at the entrance of the park.

“This project is a partnership between the city and county, and the county is handling the construction aspect of these upgrades,” Wagner said. “They’re set to grade the land for these upgrades [in February] so construction will be starting very soon.”

The now nearly 100-acre property is currently Alabaster’s largest public park, but the city is also focused on creating new recreational experiences for residents and is continuing to make strides on completing the city’s newest park—Patriot Park.

The $2.5-million project is currently in the engineering design phase with InSite Engineering. In 2020, the city purchased property formerly used for the Kingwood School athletic facilities, which was put into service immediately.

However, the city is hopeful that future improvements, including additional parking, a playground and sidewalks, will be added to the park this year.

“We anticipate awarding a bid for those upgrades sometime in mid-March, and then construction on that project will be under way shortly after that,” Wagner said.

Many of the city’s upcoming expansions stem from a 2019 parks needs assessment that surveyed residents regarding the city’s park portfolio.

Among other things, residents expressed a desire for more walking trails and paths, passive recreation spaces and more park facilities on the north side of the city.

As such, many of the city’s outlined developments include upgrades for Buck Creek Trail and a trail extension to Thompson High School.

Wagner said the upgrades for both projects are currently in preliminary phases, with the Buck Creek Trail expansions entering the design phase and construction on those upgrades set to begin in the fall.

The Regional Planning Commission of Greater Birmingham is helping fund the upgrades.

The trail extension to THS is expected to take longer, as the city is in the process of completing survey work for the extension at this time.

The city, however, does anticipates construction to start sometime in 2023. The Alabama Department of Transportation will be funding the project.